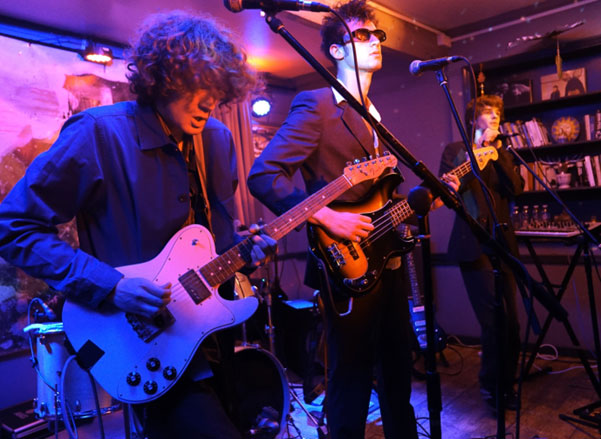 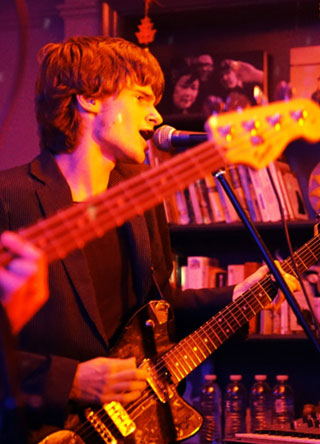 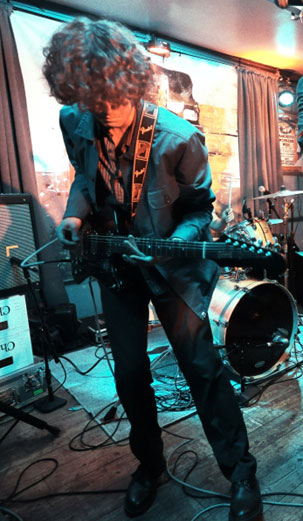 Velvet Underground intensity from the off! The young lads in the Lounge Society returned to their local venue, the Golden Lion, to thank their friends and family for all the love and nurture. They look like young rock gods, they play with confidence and shed loads of charisma. I had first seen them at the Lion when, I think, they were still at the Todmorden High School. Now, they are hugely fancied as one of the next big things in the music biz. In fact, they’ve already ‘arrived’ with their ‘Tired of Liberty’ album. 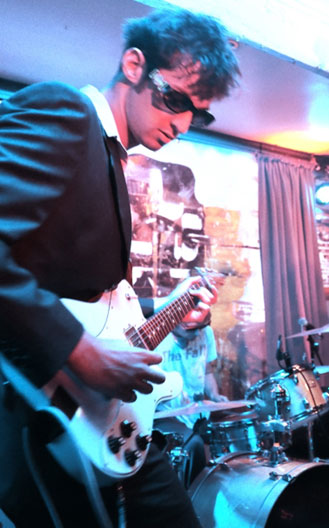 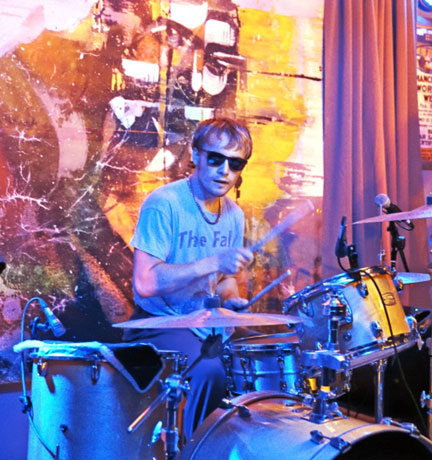 In advance of the launch gig, I’d been watching the new videos to support the album. They are really very atmospheric, capturing the ‘local’ feel of the Pennines, the home area of the Lounge Society. There’s even a jangling, Byrds-like feel to some of their music. Live, they are something else. It’s an incendiary affair. Indie-new wave punk. Band mates striking poses just like Wilko Johnson, Lou Reed, Jim Morrison and Chris Spedding in past eras. One senses that they’ve grown up on a diet of the sounds and sustenance of their families’ record collections. There’s a little whiff of the Stooges and MC5, Television, staccato attacks of Talking Heads. The speed and energy of the likes of Eddie and the Hot Rods and Dr Feelgood.  In fact, with a bit of luck, a run of good reviews, and a fair level of industry support, plus some good international festies, they may well become the stuff of legends. Remember, this is where the Legend started! They were signed up for record deal at 15, and now their album is produced by Speedy Underground label. As they told us at the launch party: “It’s a very special day for all of us, this is a record that we’ve poured our souls into – each lyric, each melody is the result of these last few years we’ve spent gambling our ‘Youth’ on this band.”

Here are three of the tracks from the new album: 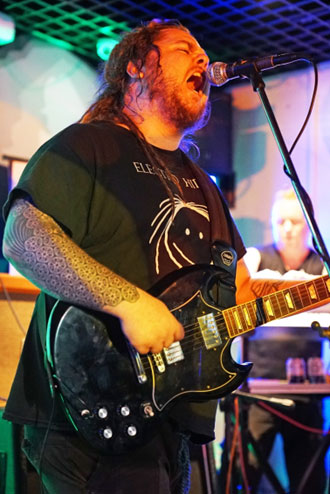 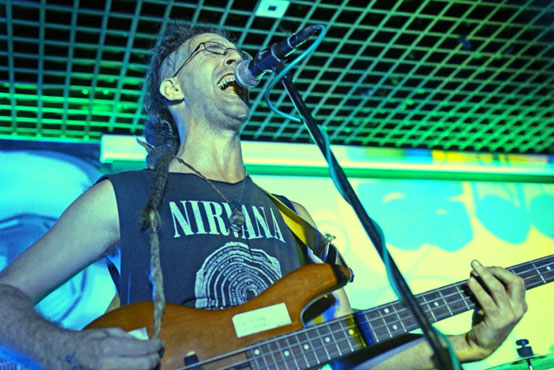 The punk freaks came out in force. Old Skool Traveller folk, tattoos, dreads a-flowing, the bands and audience blended as a bouncing tribe of loud, raucous humanity.  This was a punk-version of a ‘communion’, celebrating the oppressed, the under-class, and doing so in full-on, unrepentant  noisesome majesty. Buff, with Saul fronting them, are loud and fun. They thoroughly enjoyed themselves stirring up the punters. Getting them in just the right having-it mood for London’s Inner Terrestials.

Nearly 30 years on the road. One of the legendary Traveller, outsider bands along with RDF, Tofus, Conflict and more. This was a great performance as ever. One of the voices and sounds of punk—dub-f*ck-off-f*lk. A privilege to once again see Jay, Fran and Ben, live, close up and personal.

Get your DMs on and dance. Infectious stuff. Their music, in fact their very existence, is a celebration for the voices of the under-dogs. And given the current political, social and economic situation in the UK and beyond, many of the under-dogs are going to be a-snarling, biting and fighting to break their leashes!

Jay Terrestrial looked a bit tired this night, but still gave his 101%. The lively audience did their bit too. Very much a show where everyone is a performer and participant. 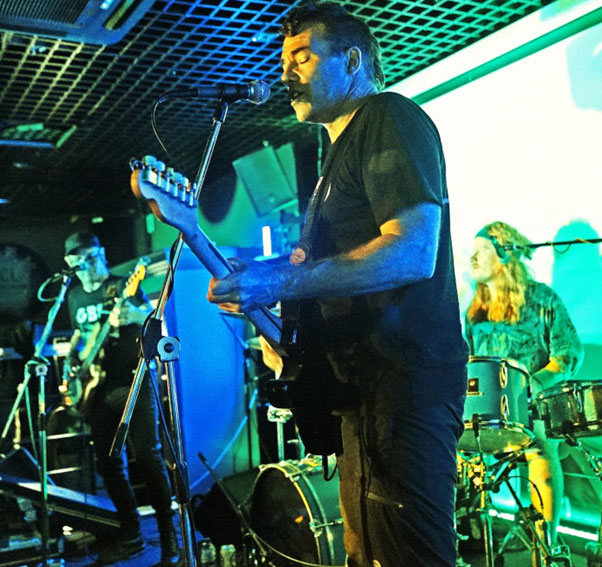 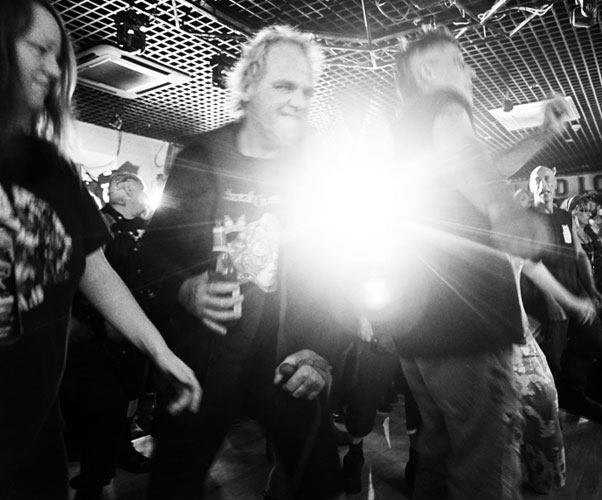 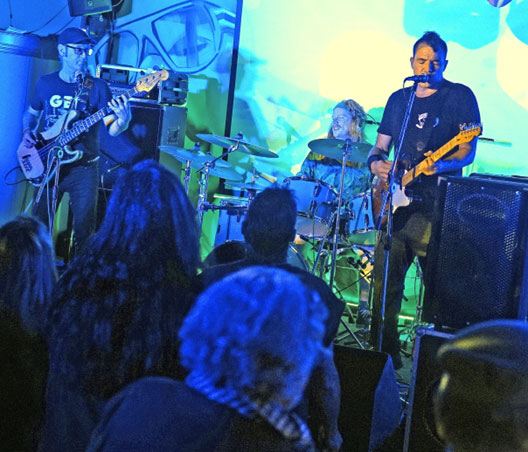 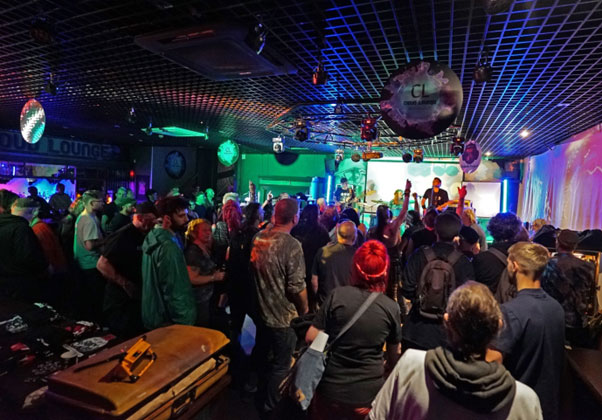 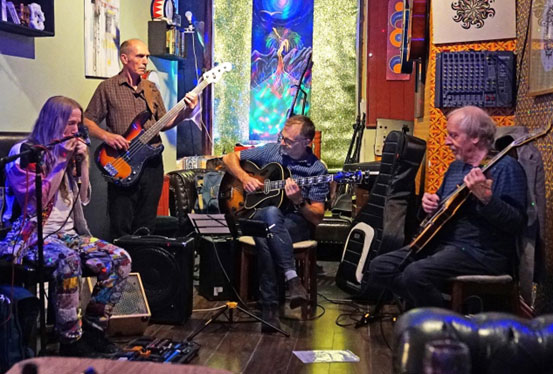 Post the Lounge Society ménage, I spotted some ‘respite musical care’ at the 3 Wise Monkeys. Robin Sunflower and friends.

Sounds of jazz and blues, guitars, harp (harmonica), rasping  Tom Waits croaks on a whisky-sodden Friday night. This was just what I needed, and it’s great to see that such venues – a kind of Thai supper club, can still exist alongside dj sets, dance and more.