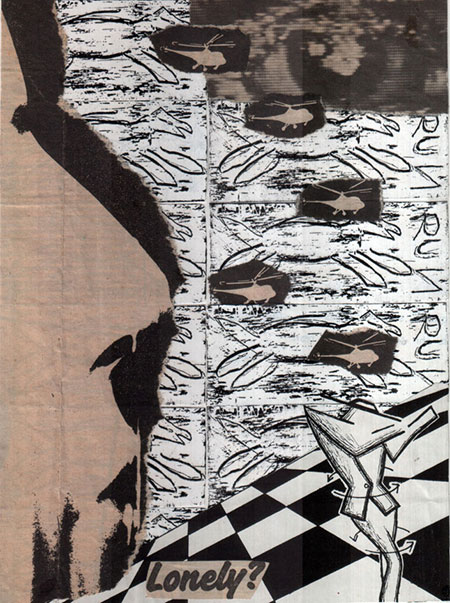 After the storm, the swarm; after the countdown, the cooldown. After the votes are counted, the crying starts, the lying starts, and the statisticians state the obviously false. There’s a bullet in the chamber, ready to rock, and chimes announce bulletins at the top of each hour. Ours is not to question why, not to weigh the what and where, not to wear our hearts on our sleeves. There’s an art to dodging the issue, an art to dodging bullets, and an art to seeing through the artificial distinctions between the two when bullets are issued like prescription painkillers. After prescription, proscription. Where the script is missing, we must improvise, improving our chances of survival with a ready store of lies and crocodile tears. After the statistician, the statesman, charming in his chamber, ready to rock, tearing up uncounted votes, vetoing the bulletin at the top of the hour, lying about the bullet in his obviously false heart, lying about the storm.

Tweet
Tweet
This entry was posted on 12 March, 2022 in homepage and tagged Oz Hardwick, Rupert Loydell. Bookmark the permalink.