Posted on 3 September, 2015 by Rupert Loydell 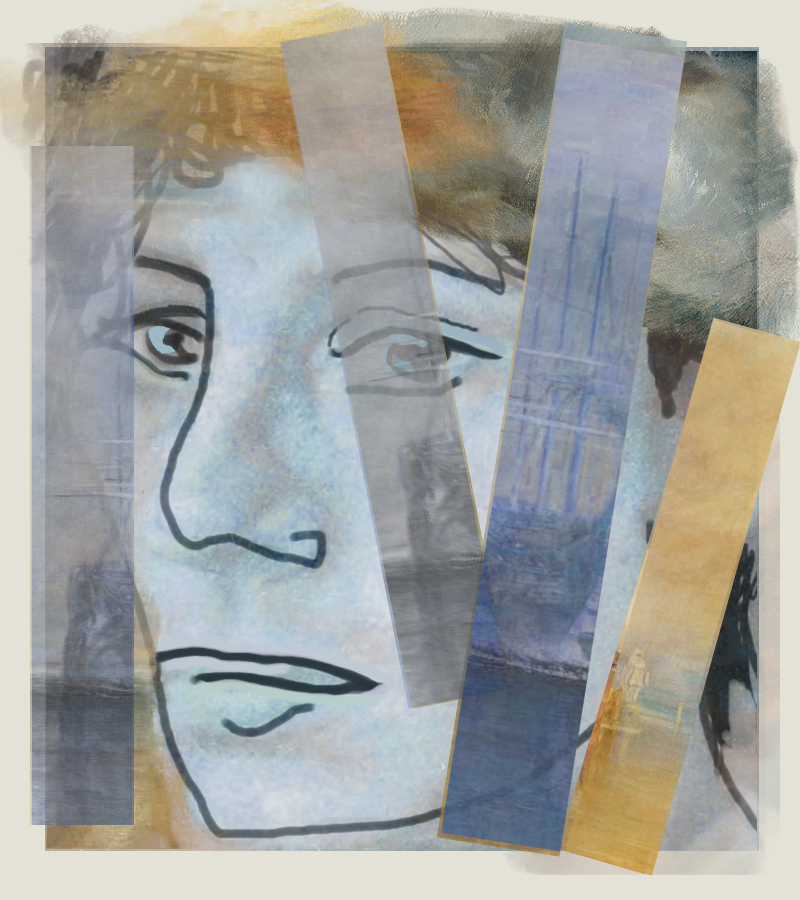 At least he had his own reasons,
and succeeded too: took his life
to escape what he knew was coming.
It was easy and gentle, and made
a kind of sense. But not really
because he’d seemed up for a fight,
always had. It is how we met,
arguing online about a poem;
pranks and fighting are what
got mentioned about him most.
No shipwrecks in his eyes
but enough hurt and pain already
without what was down the line,
which made it all so reasonable,
if you want to see it that way:
the ends of the world shaking hands.

A bus with a van trapped under its bumper, drivers arguing, passengers getting off and joining in, a crowd gathering, traffic horns…

Mike gets out of his car and uses the voice of command, calms the drivers, clears the crowd, directs the traffic backing up on Finchley Road, recruits a crew to try to bounce the van free. Sirens approach….I’m sitting in his car. I love this, he says, gleeful, riding the waves of chaos.

Mike was at his best in extremis, never more so than in his sane, dignified, careful death.

Mike Lesser.  I first heard his name in 1982. In Coconut Grove, where Eve Honig and I were spending the winter. Max Handley came to visit. You don’t know Mike Lesser? You should.

November 91, opening of Greg Samms’ Strange Attractions Westbourne Grove Georgie Downs came in with a blond man long beige coat pale blue eyes who sat next to me and started talking. He wore a lapel badge saying The Countess of Uxbridge. Later, over dinner with friends, I confide that I am in love. Oh no, Mike Lesser, says Richard Adams. Difficult, says Rose.

Our first outing was to the marble war memorial with bronze equestrian St George and the Dragon on the St John’s Wood roundabout. He knew every street monument and statue in central and northwest London. Walking up from the river to the National Gallery he argues with Churchill, warmly greets Bill Slim of Burma, whose men loved him, and Alanbrooke, whose war diaries are at Mike’s bedside, berates Montgomery, scorns Charles 1 and fondly salutes his and England’s hero, Admiral Lord Nelson.

Our best thing was lying down holding hands, temples just touching and talking, thinking, talking, thinking. He came to me and to my home for peace and quiet, for respite from the kaleidoscopic pandemonium that was his everyday perception, from the overwhelming world. He saw heard felt things I didn’t see, and vice versa, but if we layered the matrixes, a third dimension emerged, a third mind, holding pockets of revealed truth. For me there was one to one access to his brain, his often breathtaking take on received opinion, his startling first principle approach to every topic. Entering into one of Mike’s interests – nuclear power, quantum, great military disasters, Buddhism – was like free diving in the ocean of what is.

Dr Dinah Murray has written of her years of working with Mike, thinking about thinking, as a wonderful mind-sharpening experience, and of how the ideas they developed played, and still play, a significant role in the history of the idea of autism, and in their own self-understanding. She describes him as one of the most vividly mentally present people she has ever known.

Our other best thing was art. Mike said he’d learned all he knew about art from Nicola Lane, but he brought to it his massive intellect and I won’t say learning, for he seemed to have been born with an innate knowledge, personal memory even, of the history of western and much of eastern civilisation. History was not a passion, or even an interest. It was the context of his life, and art was the distillation of history, of ideas, science, philosophy…

His own art work was just something he did, prolifically, more naturally than writing even. He’d spent much of his childhood in the National Gallery and the old masters were his old friends. We tried travelling to look at art, but London has enough for a lifetime. Together, we joined the Tate and studied the modern masters. Mike started to use a folding chair, we’d take a water bottle of gin and tonic and sit, holding hands, heads touching, in a corner, or directly in front of a picture, taking our time, talking quietly. Looking at great art with Mike has been one of the great joys of my life.

We went several times to the Malevich, watching over and over the video of the opera production for which he’d designed the sets and costumes, artefacts of the future, modernism, cubism, emerging from the transformation of Tsarist Russia, the revolution within and of the revolution. We sat holding hands in the corner of his reconstructed Black Square exhibition, transported to a time out of time, a place not a place, yet sharply, definitively, achingly of its time in the geopolitical hell of the early twentieth century, listening to the winds of history.

Our last exhibition was the Turner, a hundred years earlier, at another turning point in history, the coming of the railways, for both of us the epitome of English landscape painter and artist revolutionary, Rail Steam and Speed.

Mike rarely went to the theatre, said he found all of the performing arts mildly embarrassing, but a few years ago Lindy Mason introduced him to opera and its passion, extravagance, depth, colour, excitement, scale enthralled him. Our last outing, on May 20th, was to the ROH, La Traviata. Mike knew by then that he had a fatal illness. Like Violetta, he was facing his own death. With each aria he stood, cheered, applauded, wept and called out, brava, brava.

Don’t be sad, he wrote. I am not suffering. Rejoice.