The historic Warhol retrospective at the Whitney Museum is “the biggest in almost 30 years.” And it is being swooned over with raves like Peter Schjeldahl’s in the current New Yorker, or as the headline puts it on an Artsy review by Darren Jones, You May Think You Know Warhol–but His Whitney Retrospective Holds Surprises. So my diligent staff of thousands decided that a surprise not to be found at the Whitney — Andy’s aerobic workout aka “cab catching” — was a glaring oversight. With suppressed guffaws, here ‘tiz: 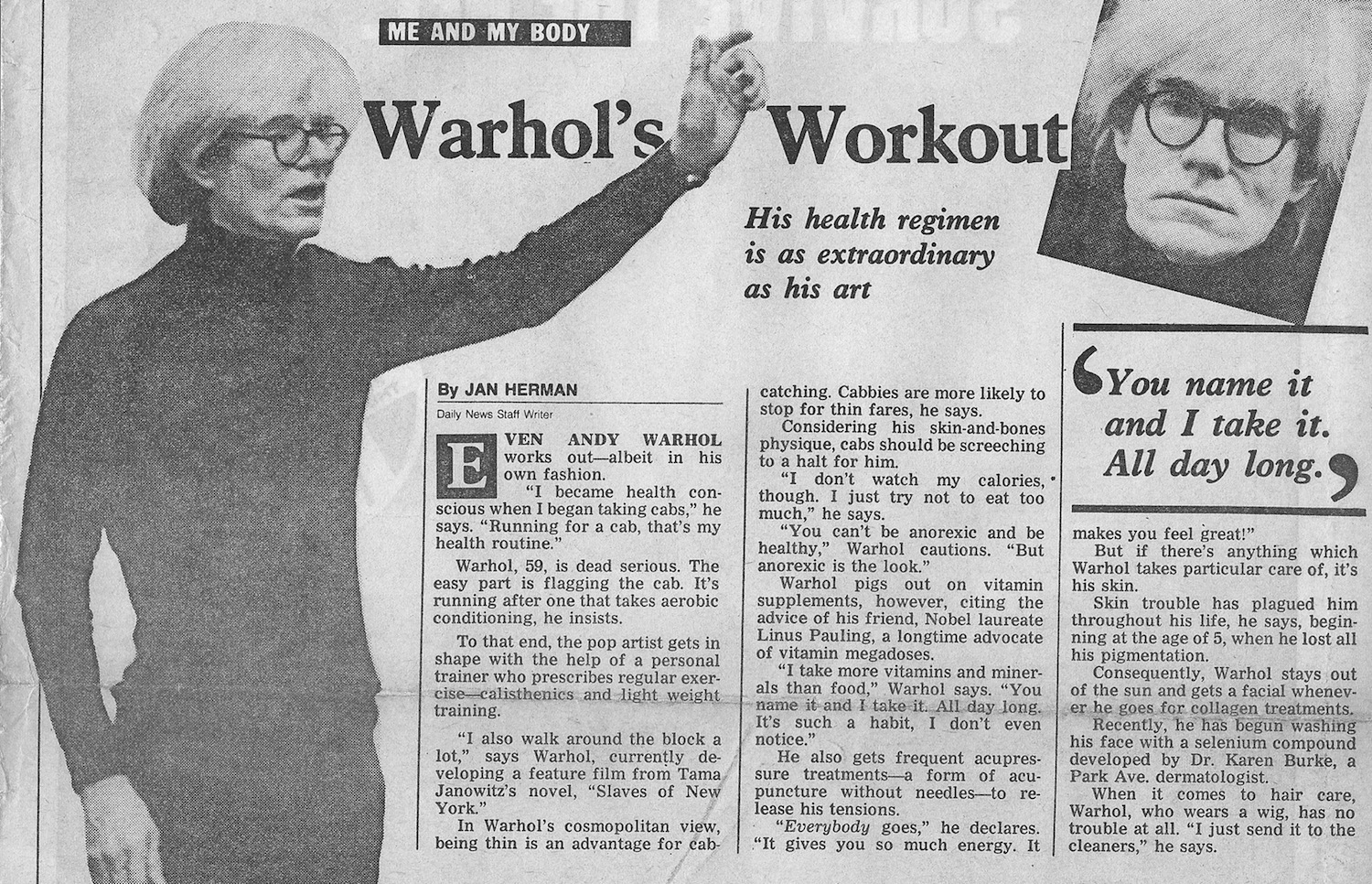