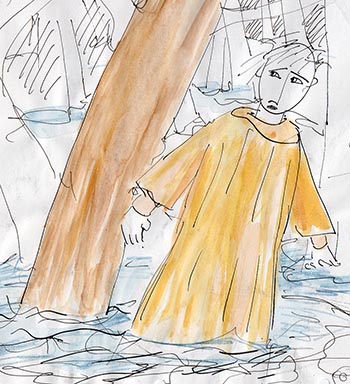 Hey, Mr. Charlie, my picked one,

Most of this depends on you.

When it was my turn to pick

You’d picked too much.

The rest of us anticipated

Now I know more than I’ve ever known.

Even before you learned how to pick

You learned to be a horse trader.

Nobody taught you the witchcraft.

You were a witch in the womb.

This knowledge turns me into

(Burma, 1949–2002)
Maung Chaw Nwe was born in Rangoon in 1949. From an early age he lived in Pyay, formerly known as Prome, a port town on the Irrawaddy bank, 160 miles northwest of the capital. At twenty, a year after his first poem appeared in The Thriller magazine in Rangoon, he told his father, ‘Dad, there isn’t any world-famous landowner, there isn’t any world-famous district commissioner, there are only world-famous poets and writers’. In the 1970s, he travelled to Rangoon ‘a million times’ to mingle with poets.