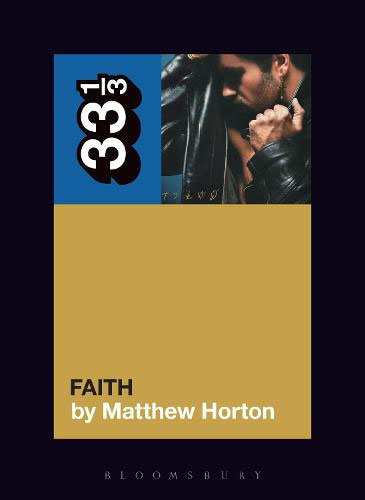 The 33 1/3 series of A5 books about individual albums has become a strange library that meanders its way through genres, taste and recent musical history. Sometimes it seems the series editors are trying to be too hip or obscure for their own good, sometimes the albums seem a perverse choice which goes against both popular and critical opinion, and sometimes the books are so strangely written they hardly seem to mention their subject.

The title track of George Michael’s Faith album was one of a very few singles I took note of in the 1980s. As a university social secretary not much inclined to pop music, I’d learnt the hard way how to keep student crowds dancing before gigs and during band swopover periods, as well as what the majority of attendees expected to be played at an ‘alternative disco’. I also learnt which songs could quickly clear venues at the end of the night, with Discharge’s ‘State Control’ at full volume being particularly effective.

Anyway, where was I? The video for the Pet Shop Boys’ ‘West End Girls’ in 1985 caught my attention, and two years later ‘Faith’ did the same with its rockabilly charm. Wham! weren’t for me, even ironically, but the new single’s apparent musical simplicity, hook and slightly camp video made me smile. It was one of the standout tracks on his first solo album, though if I was forced to choose Michael’s best album I’d probably plump for 1996’s Older, a much more consistent and seductive affair.

What’s great about Matthew Horton’s book is the way he projects backwards and forwards in time from Faith. So we get the rise and demise of Wham! as well as the more produced and polished trajectory of later Michael solo projects. Horton is good at cutting to the chase about what songs mean, how different tracks are constructed, and why they are (sometimes) so bloody good. He’s no geek though, this is a book about influences, friendships, attitude, and ambition. It’s about a self-made man who crashed into fame, wanting out even as he got to the top.

Horton makes good use of his resources, with Paul Gambaccini  present throughout the book as an informative and sane commentator on Michael’s personal life, and many other musicians and technicians chipping in about composing and recording. In the end though it’s about Michael’s self-esteem and his faith in the music biz, and also his ensuing despair and doubt after he became a huge star.

Horton states that ‘Michael had achieved what he wanted to do and didn’t like it half as much as he expected. He was briefly the most bankable (white) pop star in the word, but didn’t want to be a commodity anymore’, whilst Gambacinni ‘has a take that’s rather more personal. “Part of it was because he wanted to be a very private gay man,” he suggests.’

In earlier days of the music industry, privacy – if not being openly gay – was still an option. Many bands didn’t put themselves on LP covers, and many artistes relied on their record company’s song factories to give them material to record and perform. Carol King, with her husband and musical partner Gerry Goffin were a successful part of one of those music factories. Eventually, however, the partnership and marriage would fall apart, King would move to Laurel Canyon in Los Angeles, and she would start to record and perform her own songs.

After a shaky start as part of a band called The City and her first solo album, Writer, King found instant fame and success with the evergreen Tapestry, an album that would sit in the charts for many years, and still remains one of the biggest ever sellers. Its warm, low key arrangements and production facilitated an album that seemed intimate and personal; its tunes and guests (such as James Taylor and Joni Mitchell) and that slightly unpolished voice even more so. 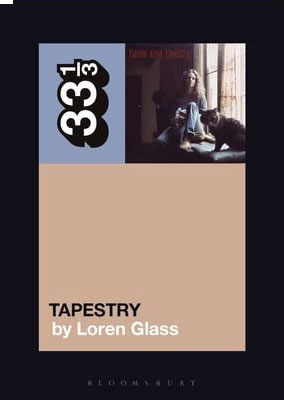 Loren Glass embeds the making of Tapestry and preceeding/following events within a view of culture at the end of the 1960s, one where feminism had not made the inroads and changes it later would, and women were expected to look sexy and do what they were told by their (male) producers. King’s sloppy jumper and well-worn jeans were the antithesis of this, as were the (seemingly) confessional songs of love, lust, confusion and longing. In 1971 the album was a revelation and would pave the way for later confrontation, assertion and rebellion. For people like Patti Smith in fact. 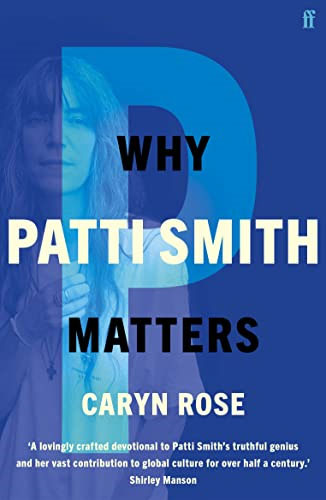 There’s no question that Caryn Rose mentions Patti Smith, her subject, throughout Why Patti Smith Matters,  but Rose also mentions herself rather a lot too. This book is an enthusiastic summary of Smith’s career, friendships, influences, music and books, all excitedly reported in relation to Rose’s infatuation and emotional state at the time of initial encounter, as well as later publication, album releases or live concerts. Rose is desperate to convince us how different she was as a teenager and how Smith’s music facilitated that difference, allowing Rose to engage with the New York punk scene (not that Smith was ever punk) and keep on engaging, keep on infatuating and emoting.

I don’t want to be too down on this, as I love just about everything Patti Smith does, but there are better books by better authors out there. This one feels like recycled facts and opinions leavened with gushing confession and attitude in lieu of critical distance. It’s the sort of thing that gives musicians and fans a bad name.

One Response to Music Matters