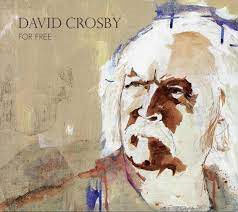 ‘Drop-dead beautiful’ and ‘Really rather gorgeous’. Soaring harmonies – chock-full of many memories and evocations of Laurel Canyon music and David’s days as a founding father of The Byrds and Crosby, Stills and Nash.  Soft Classic Americana. Pretty amazing for a guy who recently became an octogenarian!  The tracks meld into a lyrical soundtrack for life, but get more increasingly intricately woven within words of life and death, as the album takes you by the proverbial hand. Contributions from Donald Fagen from Steely Dan on ‘Rodriguez for a night’, Michael McDonald from the Doobie Brothers and James Raymond, David Crosby’s late-discovered son.

“Still, I’d sell my soul if I could only be Rodriguez for just one night.”

‘Rodriguez for a night’: https://www.youtube.com/watch?v=2s4g9PhYthU

You even get a rather lovely interpretation of Joni Mitchell’s song ‘For Free’. What’s not to like? 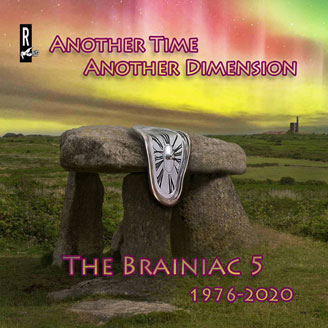 Sounding something like a selection from the Dave Clark 5 in the mid-‘60s mixed up with lost punk oddities and the Pink Fairies colliding with the Deviants in a pub loo. This is an odd collection of historically compiled material from the cutting floors of studios in Cornwall and London. From psych to head-banging ‘rock’ and even some moments that might be free jazz improv. Definitely and defiantly ‘oddball’. Lo-Fi and majestic. Brainiac 5 seem to be enjoying themselves amidst the madness and mayhem, punk, ‘I feel good’, reggae, ‘Dancing in the Sun’, prog and even some honky-tonk party-music, jaws’ harp, thumb piano on the more recent title track (and the ‘noon-day sun’ ready to ‘leave the tragic world forever’)! 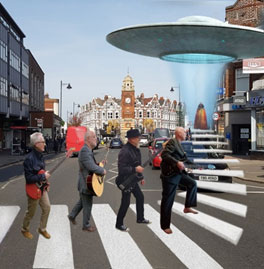 A Super-Hero character from 1961, ‘Brainiac 5 (Querl Dox)’ is a fictional figure who exists in the 30th and 31st centuries of the DC Universe. Wikipedia tells us, “He is from the planet Colu and is a long-standing member of the Legion of Super-Heroes.” Brainiac 5 – the Band seem to have transmogrified from Cornwall’s own Planet Colu to London’s Crouch End!

Some variable sound quality and styles of mix, ranging from overly clear pop prog vocals, to punky, muddy grunge.  I guess that is all part of the Brainiac ‘All-Sorts’ mixture. You can sample them at: 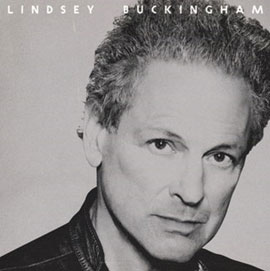 A new, self-titled, ten-song solo album from one of the stars of the later-version (commercial) Fleetwood Mac. Enjoyable pop. A strong opener with ‘Scream’ – but more Elvis Costello than Edward Munch! Classy MOR, but perfectly acceptable to most who like Fleetwood Mac with Stevie, Christine, John and Mick. Apparently, Lindsey was ejected from the pomp court of Mac-dom on the imperious instruction of Lady Nicks.

The single from the new album is indicative of the whole. Polished smooth like a gem-stone and ultra-professional. Very few rough edges to Lindsey Buckingham in 2021. Catchy ear-worm songs such as, ‘I don’t mind’: https://www.youtube.com/watch?v=ddLKaiGDPIg 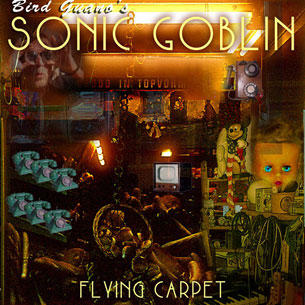 This seems to be pitched somewhere between Viv Stanshall’s Bonzo Dog Band, Penguin Café Orchestra and Frank Zappa. It’s apparently the musical output from comedian/muso, Colin Gibson. Esoteric and odd-ball. The first track title kind of sums it up: ‘I Swear Sometimes My Brain Has a Mind of Its Own (No way I’m gonna wear that).’ As Lewis Carroll’s Alice said, “Curiouser and curiouser.”

The ‘Flying Carpet’ hints at Eastern pleasures. Very artsy, ranging from minimalist plinkings, through to psyched-up flowerings, including harp-infused Americana, such as ‘Chemtrails on my mind’. Some nice instrumental flourishes too. Overall, a bit of weirdness that would fit well into the Hank Wangford back catalogue. But then Colin Gibson has a very considerable ‘back catalogue’ of his own, having worked with a roster of artists, in music and comedy, including Alan Hull, Ginger Baker, Rowan Atkinson, Trevor Watts, Kevin Coyne and Bert Jansch.

Here’s the link to the new Sonic Goblin album: https://birdguano2.bandcamp.com/album/sonic-goblin 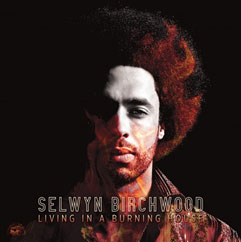 Impressive blues from the Alligator blues stable. Alternately, the rough and smooth edges of blues. Occasionally reminiscent of Dr John’s swampy drawl. Boogie, repetition, mesmerising. Part of a new and old tradition…but definitely a prodigious talent. Some strong material in a genre which is now rarely blessed with new talent. Worth checking out if you are a fan of American blues. Lots of Buddy Guy blues licks and some good band playing, especially on sax.

‘Freaks come out at night’: https://www.youtube.com/watch?v=Sc4uojYnIGg

‘Searching for My Tribe’: https://youtu.be/eMF6-QFDo0E

And, the smoother grooves of title track, ‘Living in a Burning House’:  https://www.youtube.com/watch?v=NcxdptrFQCc

Two new albums from an old-style, sometimes political folk musician, singer/song-writer, Robb Johnson. They would sound fresh in the early 1960s – they are still class songs – indeed working class, views and tales from the streets, Orgreave Pit, Hartlepool ASDA, pubs, street corners and back alleys. It’s acutely observational, and backed up by the fine playing and musicianship from the likes of Lorraine Tilbrook on fiddle, Jason Pegg on accordion, Jude Abbot on brass, and on ‘Your Affectionate Son’, the tasteful accompaniment of Jenny Carr on piano. That album uses many words from the First World War letters home from the front and the sanatorium, penned by Private George Gower. It has a deeply affectionate feel of the Music Hall, sing-alongs, times long past, of silent movies, Sunday church congregations, John Bull, the strangeness and contradictions of War, missing friends, and ‘counting the pennies’. 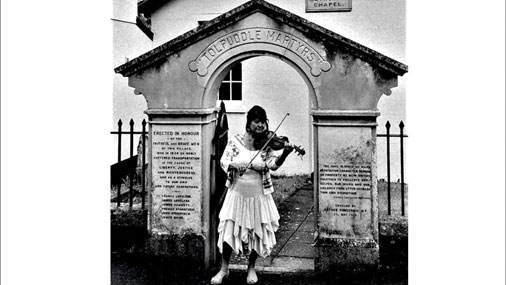 ‘Minimum Wages’ in the PR blurb tells us, that it is: “Possibly the most accessible ‘folkish’ album that Robb Johnson has released this century.” This is ‘contemporary’ traditional singer-song-writer fare. They are gradually becoming an endangered species. It’s gently pleasant, and as I’ve already suggested, affectionately old-time. In ‘Last Night of the Proms’ Robb suggests we should ‘move on’, but this music is grounded in folk-themes, ‘story-telling’ and styles of folk clubs from days mostly long gone. OK, in these songs there are now ‘drive-through McDonalds’, heroin, junkies, food banks, but it is still a musical idiom connected by an historical umbilical cord (or chords) with the Ralph McTell’s ‘Streets of London’.

A live performance, ‘More than Enough’, but not one of the album tracks: https://youtu.be/YCHCtQZBRZA 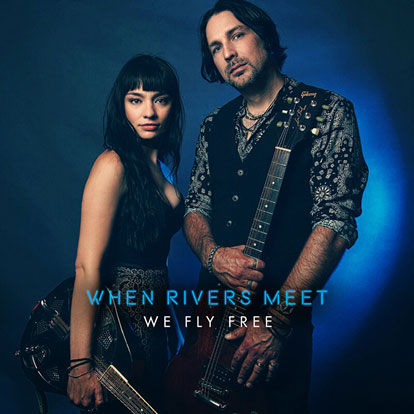 This stylish husband and wife duo, Grace and Aaron Bond, have created waves of publicity for themselves and their last album, ‘We Fly Free’, and look set to do the same for their next one, their sophomore effort, entitled ‘Saving Grace’. A smart online, clever strategy, linked to some neatly produced videos and lots of vlogging! It seems to have been working successfully. This is a classic, timeless, power blues-rock sound, visceral and enticing. And they’ve been picking up lots of awards and plaudits, including, four UK Blues Awards.

I look forward to seeing them on the ‘live’ music circuit. Some catchy songs, hooks, grungy slide guitar, rollin’ and tumblin’ piano, some growling, howling the blues, plus a great sense of drama and entertainment.

Here are a couple of live links: