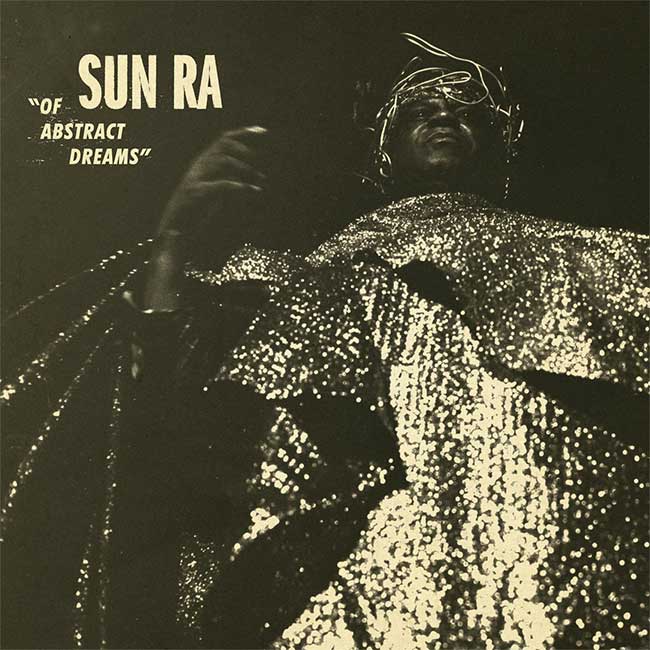 Of Abstract Dreams is a new Sun Ra album from Art Yard, who have been keeping this particular jazz flame burning bright for several years now. This time it’s a radio session from the late 1970s they’ve found in the archives, played by – in Sun Ra terms – a small band of eight musicians, and offering four extended tracks. With no bass player in the line-up, Ra chooses to beat out a rhythm with his left hand on the piano, with the band subtly shifting around him, exploring the compositions as is their wont.

Although renowned as avant-garde and experimental, Sun Ra could also play big band jazz, solo piano variations, and as a post-bop small group, as much as freak-out noise. Here he veers away from radical experiment into more mainstream territory. ‘Unmask the Batman’ is certainly energetic as it struts its funky stuff in a pseudo-shambolic and lively fashion, but the other three tracks are careful jazz explorations, instruments soloing and then handing over to someone else, no-one straying too far from the central tune. Like the ‘Batman’ track, the last track has some casual singing on it, but even this tends to pull the music back towards blues than the avant-garde. But if it’s not the wildest Sun Ra it’s still good stuff and another fine edition to my Sun Ra shelf. 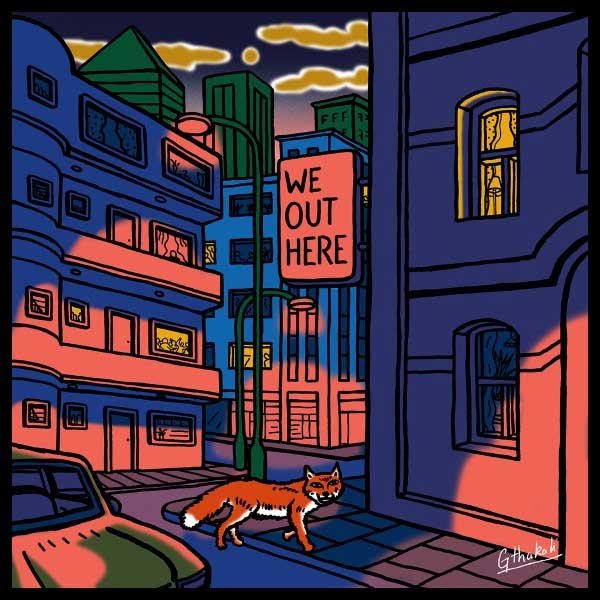 With Sun Ra records in abundance, as well as plentiful reissue programmes of avant-garde jazz giants like John Coltrane, Pharoah Sanders and Miles Davis, as well as experimental funk, dub, rap and other schools of music it’s disappointing to find that the majority of bands on We Out Here, a ‘primer on London’s bright-burning young jazz scene, choose to play it cool and obvious, despite the rcord label’s claim that genre here ‘matter[s] less than raw, focused energy’.  It’s that supposed energy I miss, along with any sense of experiment and radical input. It mostly reminds of what got tagged acid jazz a while ago, lowkey beats and grooves underpinning the vibe. It’s all immaculately played and produced, and I have no wish to ring-fence any sort of jazz, but this feels tame and tepid in the light of so much music (of all genres) elsewhere. 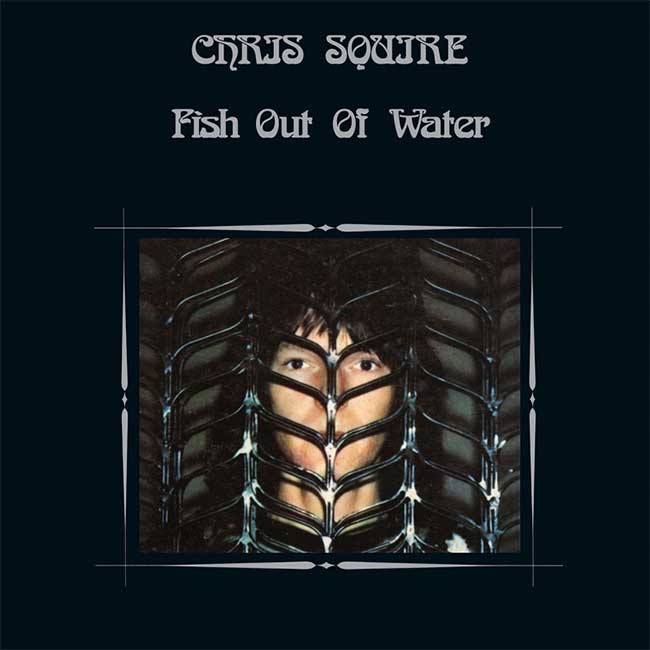 And last but not least, a reissue of bass player Chris Squire’s solo album Fish Out Of Water, reissued as a double CD and luxury box set, with original promotional films, a poster, gatefold LP etc etc. I didn’t get all the gubbins, but the two CDs contain a Jakko Jaksyk remix and a remaster of the original album with bonus tracks. The Wilson mix is bright and clean but totally tones down the bass-playing, removing it from its role as lead instrument; I feel it misses the point. The remastered original mix is fantastic, though – truth be told – the two single edits  are for completists only. The two tracks made with Alan White (the drummer in Yes, where Squire played bass until his untimely death) are also pretty throwaway; both have previously been available on box sets and bootegs.

Fish Out Of Water was made in 1975, when the whole of Yes took time out of the band to make solo albums. Various members appeared on each other’s albums, and most of the releases (apart from White’s funk-rock outing) were a variation on the Yes sound: complex, multi-layered music. Squire’s and Anderson’s are the two that have lasted the best, the latter a hippy-trippy messianic sci-fi fantasy, the other a collection of five slow moving joyful progrock tracks focussed around the rhythm section, overlaid with subtle keyboards and anthemic vocals. Squire to these ears is sometimes strained in the vocal department here, and I miss the blend of three voices that Yes at the time had, but they’re functional enough. It’s nice to have a clean digital version and revisit this musical gem.

View all posts by Rupert →
This entry was posted on 14 February, 2018 in homepage and tagged New Releases Review Triptych, Rupert Loydell. Bookmark the permalink.