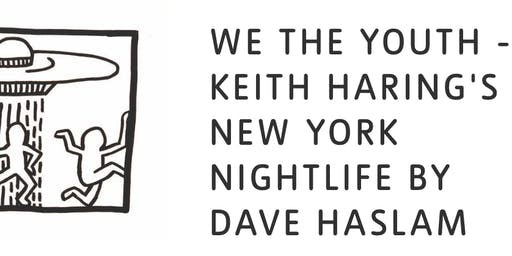 So, two weeks ago I was hanging out downtown with Gary Green and his post-punk photos from New York, now I’m back in the city again with a brief non-fiction title and a couple of novels.

Dave Haslam, zine editor, author and superstar DJ from Manchester, has published a trio (so far) of Art Decades booklets with small press Confingo. We the Youth is a neat fifty page summary of Keith Haring’s dancing days and how they intersected with his graffiti, art and eventual cult stardom. Haslam conjures up the long gone New York clubs that came and went, the grimy subway walls where Haring would chalk his cartoon drawings onto black paper advertising spaces waiting for paid posters, and the spread of AIDS throughout the gay community. It’s short, informed and evocative (as is the elegaic A Life in Thirty-Five Boxes, another Art Decades title, where Haslam writes about selling his record collection). 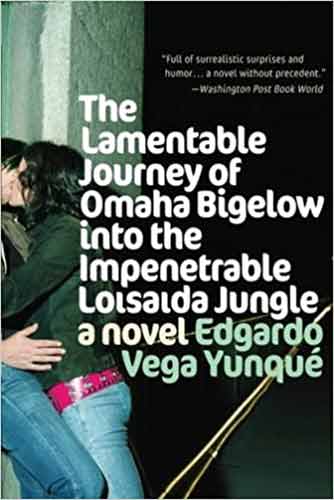 Edgardo Vega Yunque’s books are something else entirely, although they too are set in pre-yuppification Manhattan, when the city was bankrupt, dirty and dangerous. No Matter How Much… is a mammoth 600 page plus ‘symphonic novel’, a kind of Dickensian family saga transplanted to NuYorica, with flashbacks to Vietnam, visits to elsewhere in America, and plenty of jazz.

Gangs, mental health, familial survival, coming-of-age, community action, sex, drugs and rock’n’roll are also present here, with themes and settings coming and going, fading out only to return many pages later. It’s a sprawling, engrossing novel, rooted in Yunque’s own Puerto Rican experience, not afraid to embrace and critique the transplanted culture which is both the undoing and the making of the community portrayed here. At times it’s raw and brutal, sometimes unconvincing, at other times engaging and wistful. I was hooked after 20 pages and suspect you will too. I also suspect the final act will make you cry like I did.

I was expecting more of the same in The Lamentable Journey… but what I got was a hyper-sexualised magic realist comedy with lots of authorial intervention. Omaha Bigelow is a homeless and jobless punk whose punk band has just broken up, whose girlfriend has thrown him out. He also has some disease which means he has a tiny penis, which when we meet him he endlessly worries about.

Meanwhile, Maruquita is a cliché Puerto Rican teenager with curves in all the right places and an attitude to match, who falls in love with Omaha. She, however is a witch, and lives in a downtown apartment that is on the beach as well as on the Lower East side. Oh, and she can turn herself and others, at will, into other creatures. So she gets quickly around the city as a monkey, squirrel or bird. Her mother and grandmother are, of course, also witches, and once Maruquita gets approval to ‘keep’ Omaha he is subjected to a penile enlargement ceremony. Word gets out, and soon half of New York’s female population are trying to sleep with Omaha, who is trying to stay true to Maruquita and their unborn child, hold down his old job, and write a film script with the help of a sexy New York skinny blonde white girl.

If it sounds like a bad 1970s sex comedy, you’d not be far wrong. At times it makes for embarrassing and trite reading; at times it seems semi-racist and self-mocking, akin to Jews telling Jewish jokes. You want to stop the author and tell him his community deserves better, but then he makes you laugh again with a particularly stupid association or depiction, then sigh as the narrator/author intervenes again to offer a social or political commentary.

Yunqué, or his narrator, is very keen to let the reader know that he is in control; that he knows you can’t just transport Magical Realism techniques to New York comedies but that he has anyway. He knows desire, love, lust and sex are real and that he has caricatured them, but that’s his perogative. It’s his book, remember. Nothing is sacred here, everything and everybody gets set up, satirized, abused and disabused. There’s none of the complexity of No Matter How Much… and the New York here is basically background scenery for a story that is more of a surreal kind of graphic novel or comic. Everything is drawn in bold outline and brightly coloured in. I still don’t quite know what to make of it. But that’s New York for you.