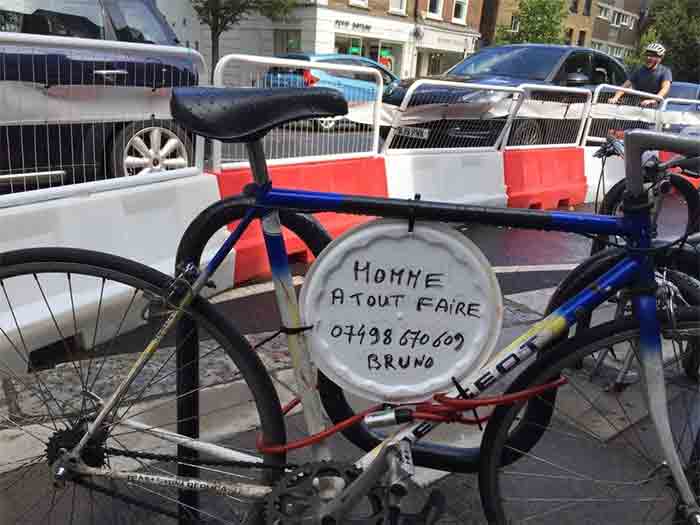 Convinced that if I stop these diaries now, there won’t be a Covid spike, I will make this my last entry. Then I’m going to put them all together, my twenty pieces published by Pentameters Press as a pamphlet, joining other pamphlets of twenty pieces; to date Leonie Scott Matthews’ collection of poems Excelsior and Robert Ilson’s  Selfies With Significant Others.  There will be more, the collection of pamphlets to be housed in a box, a comforting cardboard sleeve to contain all the passions and thoughts and ideas, prose and poetry, much as our homes have been for us.

While charting the course of a global pandemic, I was still concerned at losing a courgette to night frost or upsetting my neighbour by moving a bench. And that’s how it should be, for as the environment shrank, the centre held.  We became parochial, but not small-minded, which helped when thinking of the big stuff.  And so, at home, eating stuff from the allotment, drinking cut price home delivered wine in my old railways workers cottage  (nice, all of it) I’ve watched the world – not so much go by as slide by on the wing of stupid media and the prayer of hope that at least this virus will make things better. The Chinese word for crisis is a fusion of the meanings of danger and opportunity:  and that we chose which it is to be. So, if not stripped of agency, we can see opportunities.  I did wonder though, if Bruno, the owner of the bike in the photo is in danger, or if he is creating opportunities. I hope the latter. And I’ve left the phone number, of the ‘man who can do everything’ for a bit of extra publicity for him.

My evening’s zoom-watch this week has been a series of live lecture – or provocations – leading up to the August 1st centenary of the founding of the British Communist Party. The series was called Pandemonium,  covering subjects as varied (yet connected) as Apocalypse, Science, Neo-liberalism, Art, the Global South and Capitalism. and I was honoured to be asked to take part, and the provocations can be seen at
https://www.facebook.com/CPBritain/events/?ref=page_internal

Mine was was Vital Signs; Literature Post Covid – and this is some of what I said.

Humans have a proportionally larger cortex in the brain than any other animal, in which grew the capacity for language, essential for abstract thought and therefore culture.  Experiences, emotions, thoughts, dilemmas are abstracted – ie taken out of the world, into the mind where sense, or meaning or new meaning is given to it, and, crucially, shared.  So in a way it’s a collective mind.   And we’ve all, globally had the incredible experience of Covid 19 lockdown, or even directly.
To quote Cuban writer Ignacio Ramonet (in translation).“I would define the pandemic as a total social fact. This is a concept of social science pointing out that, at times, a social occurrence has the ability to disturb everyone, all institutions as well as all the values of society. There are very few total social facts, but the pandemic is one of them; it is not only a health crisis.

The other social fact is the necessity of literature. We’ve told and listened to stories ever since we sat around cave fires and stared into flickering shadows on the wall.   It’s part of the shaping of us.

So all being well, ie if not starving or illiterate or very ill, literature is vital part of our lives. But what happens when we need them more? Stories may not be true, but if they are to fly and catch in the mind they need emotional truth based on lived and shared experience.

What ever our Covid situation – and these have been myriad ,  ranging from useful, revelatory, cosy, miserable, to dire – the energy required has been huge: Stamina, Intelligence, Creativity.   That most people still have stamina and reasonable health is down to the remnants of a National Health Service – Intelligence and creativity by virtue of being human – no exceptions.    But social networks have been vital and in many cases newly formed.

There’s been an explosion of Covidian writing – it might even be a genre one day, with writers working away on the great Covidian novel.  Maybe it will have its own prize.   But space has been there – like it or not – for thought and reflection.  It would be interesting to do a study of reading during lockdown.  I’m on the last of the Hilary Mantel trilogy about Thomas Cromwell. What’s this got to do with the current situation?  Nothing and everything.    A book about the political machinations of an Omni-potent male ruler is very much a subject for now.  Besides, beautiful prose set in story with characters who behave much as we might, is as soothing to the mind, reordering it when needed, in the way that listening to Bach is.

The explosion of action and solidarity of Black Lives Matter is fantastic – and that’s its happening under Covid interesting.   That slogan, I can’t breath has multi meanings. But there was an explosion of literature about black experience and slavery before that. James Baldwin’s writing is classic and I quote ‘The most dangerous creation of any society is the man who has nothing to lose.’

To replace a tedious bit of sculpture with a Mark Quinn is a lovely bit of radical art performance. To remove it, a level of philistinism and reactionary thinking that led to Colson being there for so long in the first place.  That Quinn’s superb sculpture of a female black activist is locked in a cupboard in the Town Hall – waiting for its owner to collect is provincially awful in it lack of imagination.

And drama – whether stage or cinema, requires an audience in collective consciousness, as the work has been targeted and produced – for collective communication.  So watching staged productions on line has been a problem.  Groundlings shouldn’t be sofalings.  Yet material written for the medium of zoom is more interesting as it deploys the medium to good effect, actors as characters talking straight at you, as if zoom was another character.

Our theatres, when reopened will be necessary to help us make sense of what has happened.  The big tankers, like the National Theatre – Bridge – The Vics, the big regionals will be OK – it’s the small local craft that will struggle and sink.   Theatres are huge employers, – the complexity and variance of the work force – playwright – director, producer, actors, set designers, scene shifters, box office workers, cleaners  – all jobs that produce this parallel world into which we project and by which we become nourished.

Literature can become comprised – governed by fashion, liberal pre-occupations and genre – aimed at sales not quality.  With emphasis on identity, and the plethora of life writing courses, there is an explosion of biographical writing, and the establishment love it.  But much of it evades class, unless it is to tell where the author came from, and how much better and fulfilled they are now that they aren’t there anymore.

Writer/ activist Richard Bradbury kindly said this at my recent launch of my book of short stories, Stormlight.

There are too many writers around in society at the moment who think that to tell us autobiographical details of their lives is important. (He didn’t mean me by the way)  I disagree, and would like to quote Thomas Mann. “The suspicion grows that there must have been a time when the artist shared the reality of their fellow people, and was distinguished from them not so much by a unique vision, as simply giving form and shape to the common experiences of their meaning.”

Bradbury’s own novel, Riversmeet is an account of the life of escaped slave Frederick Douglass, based on Douglass’s speaking tour of Ireland and England in 1845.  Irish and Chartist politics are brought into it too, with their commonality, social class.

My own writing output hasn’t been vast – I started late and it emerged from experience and activism.  I was instrumental in the successful Free museums campaign in 1997 when Blair’s government proposed charges on all publicly funded museums and galleries. Because I was in a Communist Party at that time, I could get advice and support from other comrades on strategy and tactics.   Then later working with other writers on events, producing and writing for TEN at the Royal Court, a series of short plays for the 10th anniversary of the invasion of Iraq.  10 years before that, readings for Not In Our Name, at London’s City Hall.   That event couldn’t stop the bombs, but it did produce new alliances of writers for the struggles ahead, much in the way that the huge march changed the face of protest globally. Witness Amir Amirani’s film We Are Many – its title taken from Shelley’s poem We are Many They are few.   This has morphed in to ‘for the many, not the few. This is literature serving progress.

But theory about literature can be an obstacle to good art, like the millipede, who, when thinking about how all those legs work together – falls over.  But theory has its own delights: Walter Benjamin, Roland Barthes, Susan Sontag, Edward Said – so we don’t make art without context, sense of the past or how it might affect the future.

I think of the French 19th C painter and Communard Gustav Courbet who  said that more art came from other art than it ever did from nature.  And that ‘I paint no angels because I see no angles.’  He was considered the forerunner of modern materialist painting.

How art and an understanding of its importance as common culture has informed all of my political work.  My politics are Marxist.  Yet the great theorists, Marx, Engels, Lenin, Rosenberg, didn’t write much about it, other than that good literature was a good thing.  But are there such a things as progressive and reactionary literature?   Sure – but the reactionary stuff doesn’t quite ‘catch’ in the mind, and I’m not going to name any. Good writing helps the message slip down without being polemic.  In fact it can be argued – and I do argue, that writing that carries too strong a polemic it is didactic and if a reader or audience feels led by the nose you lose them.

Progressive change is in our nature.  But in societies divided by class – we have to ask whose progress?   And whose interests does literature serve?  What is it that’s chosen to be published, produced or mediated?  That’s political and will depend on the leanings, liberal or other wise of the selectors: their education, background’s and budgets, and many artists have to accommodate that, or keep creative integrity by doing what they like.

Tweet
Tweet
This entry was posted on 1 August, 2020 in homepage and tagged Jan Woolf. Bookmark the permalink.