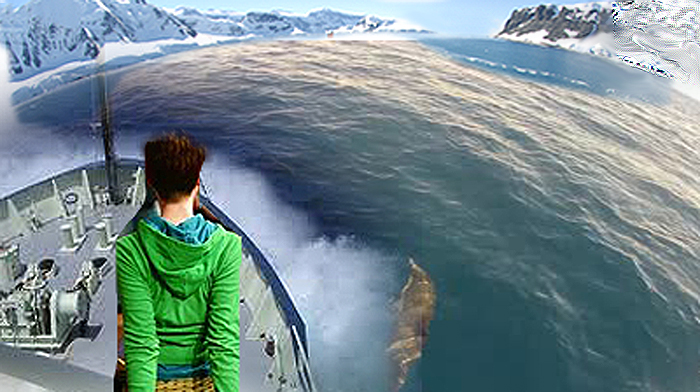 Like others fortunate enough to have time to read, reflect and absorb the information put out on sites like this, you have no doubt acquired a pretty reasonable grasp of what’s going on in the World. Yet this knowledge comes with a certain proviso – it gives you a greater responsibility ‘to be’ and to give direction to the change that you now know is needed. Greater than the responsibility of those who have not had such an opportunity.

You have experienced for yourself how manipulated and socially engineered is the society in which we live; how despotic is the cabal that pulls the strings; how effective is the methodology employed in keeping the majority in a dumbed down state of creative impotence.

You have seen for yourself just how cold are the hearts of those who seek the tantalizing prize of absolute power; be it in banking, the hegemony of war, control of the food chain, the weather, the constitution and even the genetic pool of life itself.

You have seen all this and have duly wished for an end to the top down incestuous heirarchical control freaks who relish holding the reins of power and exercising relentless repression over all who struggle to keep body and soul together.

But, somehow or other, in spite of all this, you haven’t seen yourself as someone to do something about it. This for you – has always been someone else’s task. Someone else’s concern. You have preferred to absolve yourself from confronting and grappling with the true reality.

Then, one night, you are confronted by a remarkable series of events that set off a domino affect whose momentum is so strong that it becomes unstoppable. The foundations of the military industrial consortium begin to crack open; the main perpetrators start heading out of town; the grid sputters and then comes down and the government fails to get the support of the military in enforcing an emergency shut down of civil society.

A great void opens up where just a few days before the imposition of a police state looked inevitable. In the tumultuous events that follow the centralised control is lost and ‘the people’ surge onto the streets.

There is an attempt by an ad hoc forum to set in motion some form of mutual support groups so as to mitigate the chaos that rages all around. You yourself are now out on the street too. A young woman suddenly calls out your name – drawing you aside she says “I know you are capable, take charge of this community and give them leadership, show them the new way you know must transcend this worn out criminal regime – start now!”

Then suddenly you snap awake. It was just a dream.. But was it? Sitting up in bed in a state of shock, you try to get your bearings. It feels all so real, so possible – and yet the clock points to 7 a.m. And you hear the familiar sound of your neighbour’s car heading off down the road – and take in the aroma of toast wafting up the bedroom stairway. A news reader on the kitchen radio is giving the economic prognosis for the day – ‘the index is expected to rise strongly on the announcement of a new military engagement in Central Africa…’

Sitting down to breakfast, you dimly realize something of singular importance: if this had been real life you would have had absolutely no idea what to do. No concept of how to respond when asked to take charge of the life situation experienced in the dream.

The young woman’s words echo through your head “I know you are capable – take charge of this community and give them leadership.” Yet somehow you feel impotent to take such an action. All the knowledge gained through reading and participating in alternative blog sites; watching awareness raising documentary films; joining spiritual support groups – all this, and yet you still feel unequal to the task at hand – in turning these experiences into positive actions.

Consider this carefully, for it may actually be at your door tomorrow – and not in the form of a dream but in the bright light of a real day.

What is missing that renders us so enfeebled when faced by the reality of taking purposeful action to ameliorate our bruised planet and help our fellow human beings in times of distress?

I will offer a clue. It is a lack of imagination. Imagination of a better way of life. Imagination that has been deliberately cultivated and etched into the mind, though years of purposeful intent to set in motion a new template for daily living that goes way beyond today’s dysfunctional dystopia.

We have quite simply failed ourselves if we have not cultivated such a vision – and we have failed our Creator; for Source equipped us with all the tools to foster this vision and to bring it into reality, no matter what the odds or how chaotic the circumstances.

At any one moment we are called upon to bring into the foreground of our intent a picture of the community, landscape, village or city we would like to live in and to share with our companions. Having no such picture renders us pretty much useless –   slaves to the moribund, vision-less status quo which feeds on our compliant passivity.

But when one is left in charge; in charge of the future; one immediately knows that one needs a vision – and a realistic, realisable one – for how else is one going to decide what to attempt to put in place to ensure that things move in a better direction than that which superseded them? How else can the creative change that we dream of be shared and manifest? How else can we avoid stumbling into a makeshift, panic driven answer – thus making the same mistakes all over again?

When I started organic farming on my land in the UK, I had a mental picture of what I wanted it to look and be like – then I set about bringing that picture into reality. It took around 15 years and led me through many variations of the original theme in the process. But that’s fine – because the vision is quite simply a passion to give form to something. To give it beauty, humanity, community. To include all life forms – soil, trees, animals, people. It’s a life enhancing holistic expression.

There is no manual or instruction book, to be followed with joyless precision, that gets us to this goal. Life is our teacher. She will produce the vision if we let her flow through our veins. But we have to hold onto it and turn it into reality.

So there you are – there we are – the one’s who have been able to acquire ‘awareness’. Faced by a deeply uncertain future – and yet in charge of our and others’ destinies – by dint of being in possession of this ‘awareness’ when others are not.

The control system, while preparing itself to clamp down ever more heavily, may actually be trembling at its roots. Beyond its long endured template of inverted and sterilised truth lies the opportunity to build a totally ‘other society’, based on humanitarian and creative values that have been longing for expression and integration for centuries.

Are you readying yourself to lead your community towards that promised land?  Or are you still hoping someone else will take on the mantle of that responsibility?

You need to give yourself that answer today – and face its consequences.

Julian is a committed international activist, writer, farmer and actor. He is an early pioneer of UK organic farming methods and is currently involved in the front line of efforts to keep Poland free from genetically modified organisms. Julian is President of The International Coalition to Protect the Polish Countryside. His book Changing Course for Life can be purchased on www.changingcourseforlife.info. His latest book In Defence of Life – a Radical Reworking of Green Wisdom is available at Amazon.com or can be requested on http://www.julianrose.info/

One Response to ‘Now You’re In Charge’