ON THE SECOND SERVING 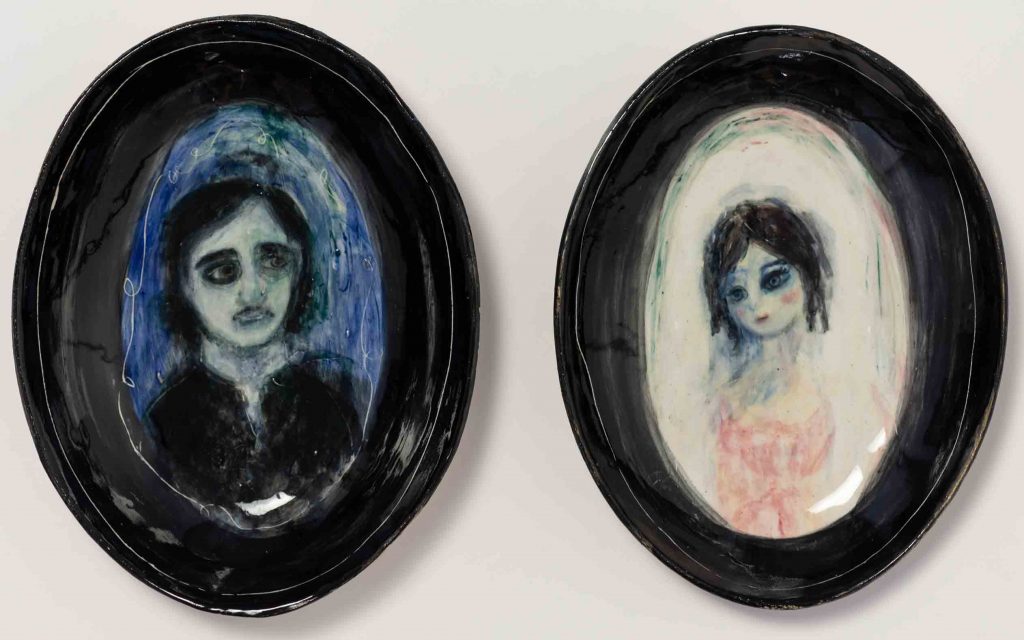 In a crypt of spectres and shades
Julie Goldsmith’s plated light reconfigures,
As if summoned from darkness
Her guardians of death

While it is still dusk outside
The taint of night hits each surface,
As if the ceramic and dreamscape
Were there to make the light itself

A new Christopher Marlowe weeps
The same dusk or dawn,
With a trail of blood
On his surface,

Edgar Allan Poe shows attendance
Observed by the nightmare
Along with the nacht placed above.

The images circle the eye,
Portals to a world through the brickwork,
With the last of the moon rolled across them
Along with the sacrifice

The prized sheen on show
That was Angela carter’s world is now Herzog’s
As the each Nosferatu  bears witness
To the hidden realms on display.

The Goldsmithery shines
As the surrounding night achieves congress,

Where these spirits meet to share shadow
And to renegotiate the heart’s play.

Wounds on the wall sparked by silence.

Twisted and torn by the forest,
Darkly sainted, undaunted 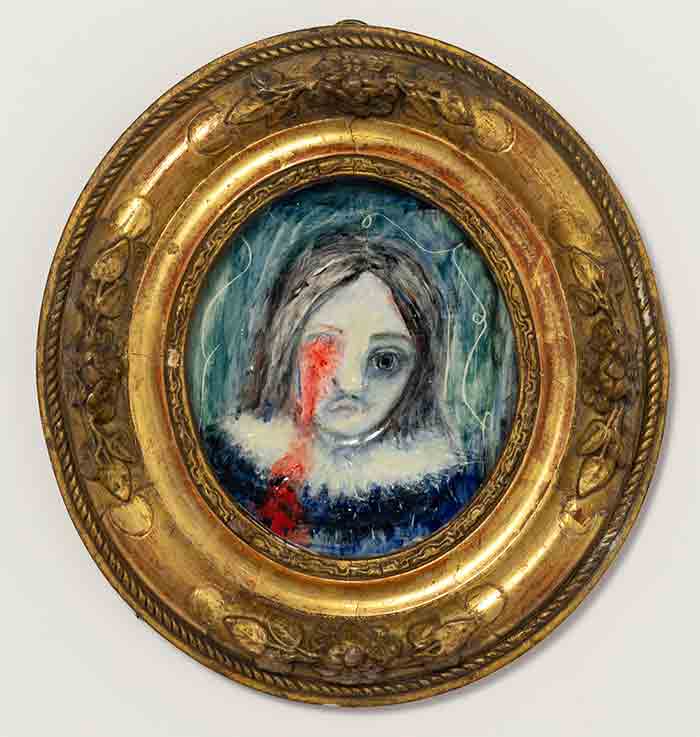 By weather and will, cold and heat.

This is the place the real warps,
Where hurt is healed and finds partner,
This is the start and the ending
Of the ruined boy and lost girl:

In this Fucked Up Beyond All Recognition Exhibit

These starred plates and places 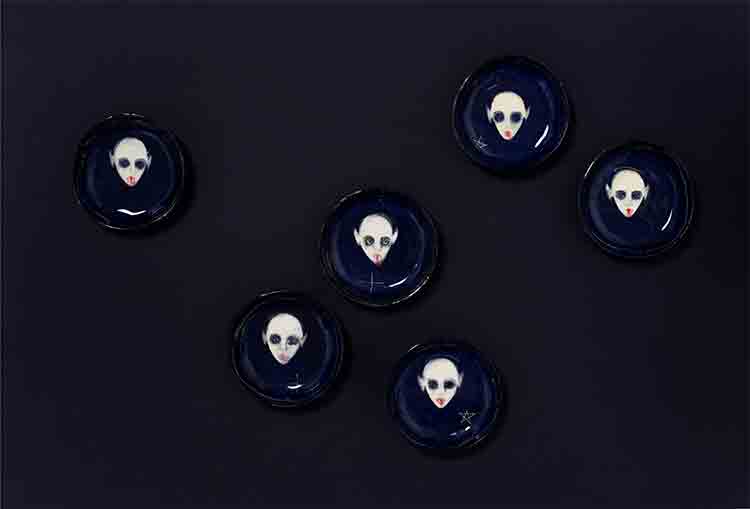 FUBAR Exhibition curated by the FUBAR Collective runs until Aug 27

View all posts by David →
This entry was posted on 24 August, 2019 in homepage and tagged David Erdos, Ruth Ward. Bookmark the permalink.