Organic Hierarchy – And Dark Side Deception 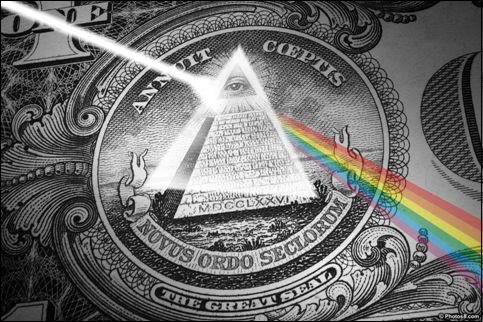 ‘In order to fully understand why the Illuminati master plan is so effective, we must first recognise that it is modelled upon the divine master plan…aping the divine evolutionary blue print. And in doing this – it provides an almost perfect false-alibi to the population of the planet.’

According to the wisdom ‘As Above – So Below’ we can ascertain that a common principle and order apply to both the workings of this planet and to the cosmos. If so, we can surmise that, in their innocent forms, both work to a common – and essentially hierarchical principle.

Do we accept the existence of such an order? Or is it so tainted here on Earth that the very word ‘hierarchy’ automatically raises the hackles of controversy?

I would suggest that it is not a question of ostracising hierarchy per se – but of exploring whether a ‘natural hierarchical principle’ emerges on Earth, as an organic expression of ‘as above so below.’

From the Earthly perspective, gaining a foothold on the cosmic ladder requires a degree of conscious awareness. This becomes a more decisive factor when determining the qualities that are required to attain, for example, the status of ‘a true teacher’.

That same status might also indicate having the wisdom and ability ‘to govern’. If so, we are starting to recognise what might be the critical foundation stones of a society which could ultimately replace the quasi-democratic mess we live in today.

There are no doubt many levels that make up the moving stairway to full conscious awareness; thus many roles to fill on the journey of aspiration towards the Supreme. A society which embraces this form of aspirational governance will offer countless rungs of ‘employment’ for its people, each reflecting and drawing-out, the actual talents and creative abilities each individual possesses.

Here we move far beyond the modern day pseudo-democratic experiment in which individual aspiration is honoured to the degree that it devotes itself to the acquisition of wealth, prestige and a well-honed ability ‘to play the game’. A game which the status quo has set-up in order to maintain its entirely false hierarchical ambitions.

However, the idea of establishing a hierarchy here on Earth is likely to have its origins in an attempt to mirror the universal model. That is why the wisdom of the phrase ‘as above so below’ carries such a particular significance.

An order that attributes prestige and power in ever larger doses according to the ‘importance’ of the role being occupied.

Thus, in this distortion of the cosmic order, some are important while others are less important and others are not important at all.
From kings and queens all the way ’down’ to plebs and peasants.

Yet draw back and view this pyramid from a distance – and you will see that every layer of it is equally significant; for every layer supports every other layer. Remove the plebs and the peasants – and the base of the pyramid collapses – bringing down the kings and queens with it!

So, in fact, we can conclude that the peasants and plebs are actually the most ‘important’ to the integrity of this structure, and not the least, as the status quo likes to maintain.

Now let’s look at the ‘as above’ version of this story.

Here we find a similar basic design, but one which attaches no greater ‘importance’ or prestige to any level within the structure – which runs from Supreme Consciousness to arch-angels, angels and on to devas and spirits. I use these names more descriptively than insisting on their reality.

In the ‘as above’ version, the levels of leadership – for want of a better word – are fully expressed in each strata of the planes of consciousness: 4th, 5th, 6th, 7th … and beyond. And the result is a virtual (or actual) ladder which every existing level of consciousness can use to get to the next one, or even to return to an earlier one. As in the Bodhisattva tradition of a return to Earth to help others get beyond the static confines of a uniquely 3rd density state.

There are likely ‘commander-in-chiefs’ operating at the universal level as well as on the Earthly plane. The formal structure of our military is maybe just an imitation of universal high command’s hierarchies and various levels of active implementation.

‘As above – so below’ seems to be inviting us to recognise and implement the cosmic design here on Earth. Because, in regards to the functioning of the life principle – as opposed to the human distortion of it – all of nature is in a constant state of mirror like response to differing frequencies of universal energies, and is offering up its own unique reflection of these energies in return.

It is a symbiotic relationship of which all parts are – in essence ‘divine’ – and none more important than the other. They are all expressions of a Supreme Consciousness. This is the ‘holistic’ or ‘quantum’ state of understanding which certain elements of humanity are grappling with at this time – and all elements would be grappling with if our society operated in harmony with the cosmic truth  ‘as above – so below’.

However, where human evolution should be based upon ‘highest wisdom’ and ‘divine teachers’, the distorted version has instead created ‘hierarchical elites’ and ‘autocratic authority figures’.

This is not necessarily a purely Earth oriented deviation. It is more than possible that it has its origins in early cosmic history. However, wherever it began, the distortion has spread ubiquitously, and is currently testing the veracity of the divine order at all levels.
We see that the Earthly ‘status quo deviants’ have deliberately used the divine model hierarchy, as described earlier – and cunningly distorted it, so as to make it appear to operate according to an impregnable order here on Earth. One which also takes direction from a ‘supreme authority’ figurehead – or number of such posers.

This is the genius of the Archon deviant parasites in action. They have spun their slippery ‘matrix’  web of deceit, distortion and death, headed by a tight group of shadowy conquistadors  – where there should instead be manifest honesty, truth and life, headed by a council of wise and spiritually mature statesmen.

The arch-deviants of this parasitic cabal claim ancestry to god-kings of ancient Babylon, reptilian overlords and ultimately to Lucifer, the supreme epitome of poisoned darkness and undisputed king of the underworld.

The roles of the divine dimensional energies are here usurped by the dark-side’s determination to invert the true cosmic order for its untrue own ends.

In doing so, ‘as above – so below’ is proclaimed in its opposite order ‘as below-so above’, thus making sure that ‘as below’ is indeed the place where man’s power resides. The power of total possessive control – as opposed to a divine order which teaches complete non attachment.

‘As above’ then becomes a projected universal extension of the ‘as below’ format. The ‘insentient man as god’ syndrome.

I believe that we are therefore mistaken should we rule that hierarchy is in itself a purely exploitive concept. It is simply that the cosmic ladder to the Supreme, which is composed of different levels of consciousness each offering the other a leg-up, if you like, has been deliberately reversed into a fascistic, self-serving, elitist power pyramid.

The hierarchical order whose omega point is the Supreme, is an organic hierarchy; which if reflected on Earth, would surely guide us to the Promised Land.

Therefore, in order to fully understand why the Illuminati master plan is so effective, we must first recognise that it is modelled upon the divine master plan…aping the divine evolutionary blue print. And in doing this – it provides an almost perfect false-alibi to the population of the planet.

Religion plays its part in furthering this ‘divine illusion’ since it too boasts a structure that demands obeisance to a false hierarchical order and priesthood.

In both cases this ‘order’ is a fake version of the true order. It is an entirely static construction which has been built to keep power strictly within the domain of the perpetrators of deception.

Heaven on Earth, in the terms of the Illuminati matrix, is when banking kings, pharmaceutical giants, oil and agribusiness conglomerates and military hardware exponents – have finally stitched-up the global control agenda – and produced their ‘new world order’ of compassionless automatons -maintained in their comfort zones by those dehumanised, servile citizens who have failed to grasp the nature of the illusion that is being perpetrated upon them.

The twisted ‘as below – so above’ thus imprints upon both the universe and the minds of people, the alien construct, stolen and perverted from the original untarnished cosmic blueprint: ‘as above- so below’.

We, in building the new society which is our imperative, will have to recognise this, and reinstate the true order of things. The one that reflects a universal cosmic order freed from the twisted clutches of the deviant dark-siders.

An order manifest through our deepest intuition – and guided by our highest intention.

Yes, that is indeed our path and our imperative.