Ingvild Deila is a Norwegian practical philosopher, actress and

singer. Passionate about the Arts, science and the power of

philosophical meanderings from a Norwegian in Brazil

Practical note: I have added links to articles and videos throughout so you can delve deeper and check what I am referencing holds true, while some are more fun/inspiring nuggets.

Although entropy ensures a constant, almost sisyphean fight to keep chaos at bay, we actually live in times of unprecedented prosperity and progress. This might sound like a surprising statement, what with Trump, Brexit, climate change, economic and social inequality and nuclear threats. Although these are all grave matters we need to find solutions to, they tend to take the limelight, because “Bad news is good journalism. Good news is advertisement” and when progress is not reported, it feels like it doesn’t exist. In his new book Enlightenment Now, cognitive psychologist and linguist Steven Pinker gives detailed data and insightful reflections on how things are getting better worldwide and that reason and science can further human flourishing. This is a multifaceted topic I will delve into further another time, especially the relation (or lack thereof) between meaning and progress, e.g. if we ever create Paradise, what would we do all day?

We are the product of competitive evolution where the ones who were too satisfied perished. Even when things are good and our hardwired settings (fight, forage, fuck) doesn’t apply in the same way today, the desire has not diminished. This makes it so freakishly easy to lose perspective and give into the instant gratification monkey within.

Living in a time where everything is so readily available in terms of our fundamental needs (although this sadly this does not yet apply everywhere)and where we’re encouraged to always get more – money, prestige, time and whatever you’d define as all round awesomeness – it is natural to think you have to sweat in the hamster wheel to keep up with the Joneses.

One possible way to step out of the hedonistic treadmill, yet feel more satisfied, (from gratitude rather than increased hedonism) is to learn from the Stoics. A recommended cure from Seneca for keeping a healthy perspective was to regularly play out a worst-case scenario:

“Set aside a certain number of days, during which you shall be content with the scantiest and cheapest fare, with coarse and rough dress, saying to yourself the while: “Is this the condition that I feared?” It is precisely in times of immunity from care that the soul should toughen itself beforehand for occasions of greater stress, and it is while Fortune is kind that it should fortify itself against her violence”

“Then, I assure you, my dear Lucilius, you will leap for joy when filled with a pennyworth of food, and you will understand that a man’s peace of mind does not depend upon Fortune; for, even when angry she grants enough for our needs.” – Seneca’s Letters from a Stoic

This is perhaps not everyone’s cup of lukewarm water, but for a contemporary variation, check out the minimalist movement.

The wonders of the washing machine

I fell in love and escaped to Brazil. One usually tries to escape from something bad. I have nothing bad to say about my life thus far, except that it was too good. Or rather, too unexamined. I still stand by the word ‘escape’ though, as I wanted to free myself from a life that felt too determined by expectations that were no longer mine.

This is not a traditional travel blog, nor am I advocating exotic or instagram-friendly changes to reinvent yourself. True transformation will involve sacrifices and acknowledging uncomfortable truths about yourself. That said, a change of scenery will probably aid your metamorphosis, as your environment has a profound effect on your behaviour. I am curious to see what it will do to me.

Standing on the verge of all this novelty my mind fills to the brim with reflections: The pursuit of happiness or meaning, gratitude, stoicism, cognitive dissonances, enlightenment, and my grandmother, whose life was so different from mine.

She never travelled abroad, never ate rice or wore trousers, (though she was well-mannered and wore skirts) never spoke English and never had a proper holiday. And two generations later I find myself kicking up a fuss if the internet is slow or if I’m next to an overly chatty fellow passenger on a flight.

My grandmother with a mix of neighbours and family, plus her milk separator to process dairy

“The poorest citizens of the developed world now have better health, longer life spans and many more resources and opportunities than those who would have been considered well-off two centuries ago.” Matthew Taylor, RSA’s Chief Executive

How quickly we forget the wonders of what we now consider everyday technology. Take the washing machine for instance. All the time my grandmother spent washing clothes, I now have at my disposal to watch Netflix series, read about black holes or go to the park and enjoy seeing the dogs playing and guess which person belongs to which dog.

I want to use this Brazilian twist in my own story to step out of my cushioned existence. I feel I owe it to the 7,500 generations of humans who came before me to get some goddamn perspective. It’s hard to imagine the sheer wonder and bafflement a Paleolithic human would feel from the sight of freshwater coming out of a faucet or a light switch turned on. Yet we lived without any of our modern comforts for the vast majority of the existence of modern man; Homo Sapiens Sapiens has been around for 200 000 years, the internet since 1990. 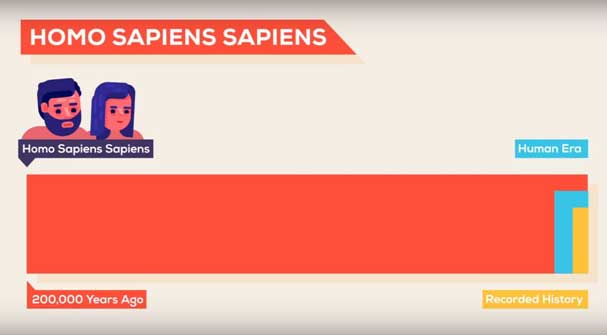 A humbling infograph from the wonderful Kurtgezagt

Don’t get me wrong, I am not saying you’re ungrateful and spoiled (or is that what I am saying? Maybe a little, but if it helps, I am saying it to myself too), practically spitting on your forefathers’ graves, whenever you find yourself fretting over some miniscule inconvenience, like that your phone doesn’t recognise your voice command because you have a cold. There are many ways to pursue fulfillment. One way could be to explore some of your cognitive dissonances.

It is a term I wasn’t familiar with until recently, although I think we all know what it feels like. For example, as a kid I had chickens that were absolutely adorable, they had names and personality and lay different kinds of coloured eggs. But still I gladly ate my mum’s roast chicken for dinner. 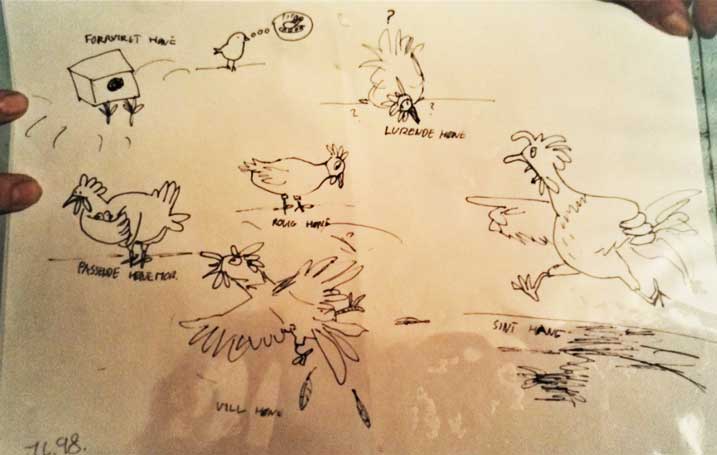 My portrait of my chickens, one is even thinking about being eaten

But cognitive dissonances can be a good starting point for change. They itch like a fresh mosquito bite in your psyche and over time can make you feel sufficiently agitated that you decide to change. It can of course have the negative effect of you denying the obvious, (like I did with my chickens for years) but at least knowing about this prevalent psychological phenomenon has helped me change some of my dissonances. 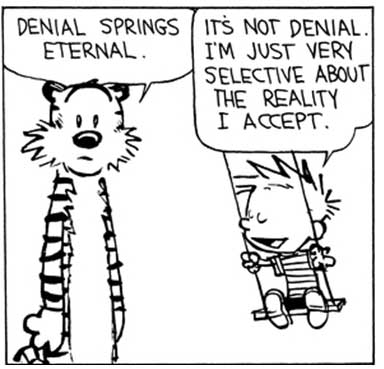 “Little did I know that all these days that came and went, were life itself” – Stig Johansson, Swedish author and artist

We all want different things from life. And that’s fine, most of the time. We can all come up with examples of what we would label an undesirable life, repulsive either because of its selfish or mindless excess, like the story of Jordan Belfort popularised by Scorsese’s Wolf of Wall Street, or because of its desperate scarcity, like the photo by Lange from the depression, becoming so emblematic it almost desentesises us, like the iconography of the numerous charity campaigns we’re so used to blocking out in our information fatigued lives. 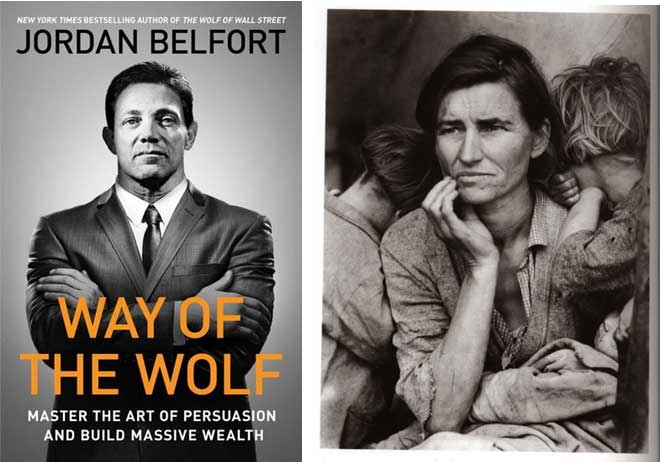 Luckily, most of us find ourselves somewhere between these two extremes of means and morals. What we do within this window of opportunity should be for each of us to choose (might I suggest the Cardamom law?); our time is precious beyond our understanding, and by Teutates, we should all make good use of it.

Most people, and quite understandably so, get the big questions out of the way; location; check, occupation: check, relation: check, contemplation:Huh? We tend to arrange our days so that the lion’s share of concerns revolve around the everyday: who will drive Minnie to karate practice, what to wear for a Tinder date or when to catch your boss in a good mood to ask for a raise. In the meantime, we put our hopes in going to a cool gig on the weekend, in planning some lavish holiday or idealising some future time when finally, things will be perfect, or at least calm or fun.

However, life is inescapably the everyday, the endless maintenance lists, the (seemingly) mundane decisions and moments at 4pm on a Tuesday.

In a couple of months I will be back in some kind of rhythm too, it’s what always happens, we are creatures of habit, even if I swap pine trees for palm trees. Whether we notice or not, the memory of all these moments gets distilled into the narrative of the self, that we tell ourselves and others.

“We want to believe that our lives have some objective meaning, and that our sacrifices matter to something beyond the stories in our head. Yet in truth the lives of most people have meaning only within the network of stories they tell one another.”  ― Yuval Noah Harari, Homo Deus: A Brief History of Tomorrow

What I’m trying to pass on from my very limited life experience is an encouragement to check if you’re content with where your story is going. And above all, remember there is no story, humans are just suckers for patterns, but this doesn’t mean you shouldn’t try to create a meaningful tale. I highly recommend Homo Deus by Yuval Noah Harari if you want to read more about the power of narratives and fascinating and scary potential future timelines.

So, this blog will mainly revolve around three topics that play prominent roles in my own narrative, but hopefully will carry some meaning for others as well:

I was going to end with a quote from one of my sources of inspiration, like Sam Harris, Yuval Noah Harari, Steven Pinker, Virginia Wolff, Tolstoy, Rick and Morty, Lord of the Rings, or something I read from Brain Pickings, but in the spirit of figuring out your own shit, this time I’ll leave it up to you (and myself) to obtain a sip of wisdom from the endless stream of data we so splendidly have at our fingertips, to which this blog just added a drop.

There is no spoon,

Tweet
This entry was posted on 23 May, 2018 in homepage and tagged Ingvild Deila. Bookmark the permalink.