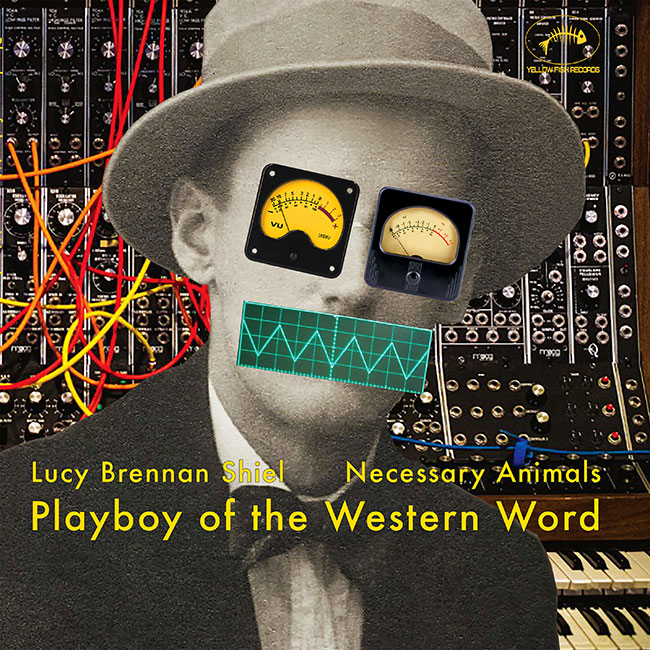 Tarkovsky called Olga Sergeeva’s voice “a sign of the Russian.” That’s more than a sound, as this recording is. This album based on readings from Joyce’s ‘Ulysses’ in the deft custody of Lucy Brennan Shiel – an enthusiast who hosts regular gatherings of passionate Joyceans for the sole purpose of sharing the joy of Ulysses – can be justifiably described as ‘a dalliance of the Irish’ but in no predictable pre-configuration. Brennan Shiel infuses the cunning of Molly Bloom with a winsomeness and unexpected innocent relish, giving her a childlike excitement, not always afforded the portrayal of her bold experienced controlling character. Anyone who has known the true nature of Irish women, whether independent or shackled to convention, will recognize the richness of this inner dialogue. “Women were like rivers that flowed in their own ineluctable way” (James Joyce – Edna O’Brien) and it was such an independent innocent twenty-year-old runaway that Joyce fell for, to set Ulysses on their very day of meeting. Lucy Brennan embraces all of this, invoking her synergetic relationship with nature. This is apt, for Joyce’s predilection was to greedily devour the everyday realities and hypocrisies being swept under the carpet and for such remains distinct in an ever disguising world.

‘Playboy…’ is equally challenging and playful. It may derive more from the analogue synth emergence of the 70s and 80s rather than Irish traditional folk, yet it is not even slightly dated but modern, ground-breaking and timeless. Chilled groove, acid jazz and evocative as the more experimental sequential music of say Weather Report’s ‘I Sing The Body Electric’ embracing dissonance amidst surreal sinuous harmonic reflections – it is accompanied by similar trippy percussion and cheeky abstract guitar licks, weaving the sublime and ridiculous through the intimate and brash fabric of Joyce’s visionary life-scapes.

Regular listeners to Verity Sharp’s Late Junction (BBC Radio 3) may recall the fox barking in ‘Fox n Clock’ – recorded from Keith Rodway’s midnight balcony. The skewed bass and jaunty guitar chords and Lee Igglesden’s gymnastic scales and lead convey the spontaneous instincts Joyce poetically caught in a hunting dog biting off more than it could chew. ‘Weaver of the Wind’ as a cool groove is “not to be thought away” – especially when overlapping synth glissando transcends Amanda Louise Thompson’s understated and melting trippy Rhodes, all deliciously enraptured by the harmonised trumpet of Sebastian Greschuk. Always cool with a hint of Hassell. In ‘Who’s Who In Space’ it even gets a little Finnegan’s Wake. Abstract-acid befitting its off-kilter lyricism. Here is where Thomson tilts the head and Igglesden delights us in the sonority of a single note. ‘Sky Blue Clocks’ remains as obtusely angular, tamed by pulsating ripples from sonic pebbles dropped into the fluid mix and Lucy’s reminiscing reflections, never too far from nature. The constant arpeggio of ‘Flies Come Before’ are exquisitely modulated by the spontaneity of Ryan Bollard’s percussive nimbleness, reminiscent of Erskine on a quiet day. This dexterity continues in ‘Molly’s Soliloquy’ with tiny touches on hollow toms – like fingers tickling a Bodhran – and the softest pillowy kick. Brennan excels here in her introspective mirror-gaze, wooed by Greshuk’s effervescence. ‘Song 7’ is initially misleading, bringing us slightly back to earth, or within perusing distance, with the kind of sounds that would accompany aerial views of futuristic cinematic citadels; pausing for a cybernetic scan of its environment.‘Wonder woman who can deliver the goods” treats us to more intellections before the Atlantis submerges and re-wilds, a passing bumble bee suddenly replants our feet on Joyce’s redolent muddy terra firma; “slow music please.”

But these descriptions and all following comparisons only approximate and somewhat discredit it. The taste of all players and production values of Fritz Catlin and Keith Rodway’s craftiness in timbre-blending and genre-bending, consummately unconventional, are never sensationalistic but sensitive.  It beautifully encapsulates all the character of that red revolutionary that indulged, transcended and immersed us in the rich sensuality and raucous rancidness of a staid and polluted, murky, embittered and fist-fought proud community, engulfed by its primal panorama. If this is sounding effulgently McKittrick Ros now, maybe it’s the infectious lilt. 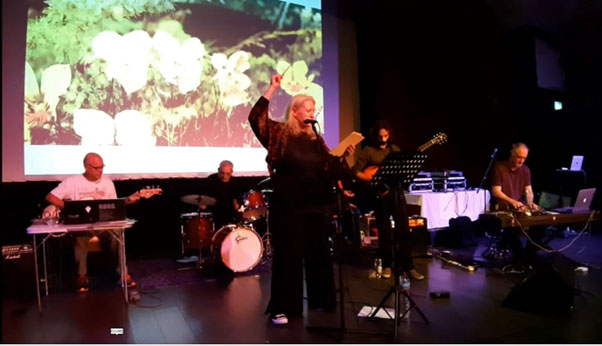 I had the pleasure of being present when ‘Fox n Clock’ and ‘Molly’s Soliloquy’ were first played in public. Lucy Brennan’s intuitive velveteen vocals were at once deliciously playful, seductive, audacious, enticing, empathic and comical with an acute sense of place and space. Her articulation places you within the mise-en-scene of Joyce’s imagination, from pensive euphoric consort – the persuasively manipulative voluptuous Molly – to the bared teeth and tensile flea-bit follicles of a hair-back dog on the chase. Brennan is extremely Mollyable.

In forty-four years of music-making and serious listening, from Be-bop Deluxe and Jefferson Starship, through Mahavishnu, Mode Plagal and Morricone, Paco De Lucia, Royksop, Scott Walker, Miles, Ana Brun, Soft Machine to Bran Van 3000; Ceramic Hobs to Olga Sergeeva; Tingle In The Netherlands to Leanne Le Havas – you get the picture – it is eeeasily one of the most exquisite and imaginative compositions I have ever heard. What I find unique about Necessary Animals and particularly Keith Rodway, is that I’ve rarely heard sounds that are usually quite brutalist mated so effortlessly to all other electronic and acoustic environments with an emotional receptiveness that never seeks to foist itself upon anyone. This album is a panoptic example of that; the sculpted esotericism of a Rodin, or Moore, rich as Klimt and full of Klee – inKandinsky.

Tweet
This entry was posted on 3 September, 2022 in homepage and tagged Kendal Eaton, Lucy Brennan Shiel, Necessary Animals, Playboy of the Western Word. Bookmark the permalink.