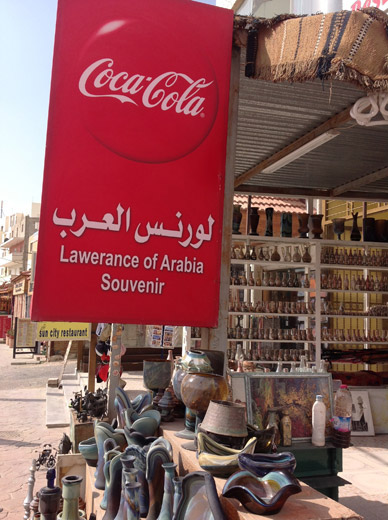 The top note to self  in my notebook, after my co-critiquing session with writers Anne Aylor* and David Wilson**  was  rewrite the language.

Not rewrite the play.  No. My drama Blood, Gold and Oil is a work in progress, much like the Middle East itself.  It’s about the present, and TE Lawrence’s take on things should he return as a ghost.   I told you so in so many words, and what if Gertrude Bell and others of her class hadn’t drawn the line the sand after WW1: blue zones for the French, red for the British.

Good writing friends will tell you if something isn’t working. A lot of Lawrence’s florid writing wasn’t serving the play, because I’d been turning it into speech and dialogue.  The National Theatre of Brent  (remember them?) used this to good comic effect. It’s fine to read writing aloud at literary occasions or speakers corner. But a play isn’t speakers corner.  Characters don’t speak how they write, if they write: yet I’d used quotes from Seven Pillars of Wisdom because I think he is a better writer than me.  Bollocks.  Lawrence had never written a play,  nor had I written a war memoir.  So, where Lawrence wrote –

‘We moved space and time both.  The Turks could not catch us, so they tried bombing us from the air. But how do you bomb a thing intangible, invulnerable, without front or back, drifting about like a gas. Guerrilla tactics are a complete muffing of air force’… ‘And when we took Damascus, it was charged against me that the British petrol royalties in Mesopotamia were become dubious, and French colonial policy ruined in the Levant.’

‘Using guerrilla tactics we folded time into space. The Turks couldn’t catch us, so tried bombing us from the air. But how do you bomb something intangible, without front or back, drifting about like vapour? …And when we took Damascus, I was accused of ruining the profits of British Petroleum, and French colonial intent.’

Characters have to solve their own problems, and no one goes around quoting chunks of their own book in a soliloquy. How characters write is not how they would speak.

So what’s all this got to do with lockdown?   Enough. When this is all over we’ll find that people have written about all sorts of things.

View all posts by Jan →
This entry was posted on 30 January, 2021 in homepage and tagged Jan Woolf. Bookmark the permalink.