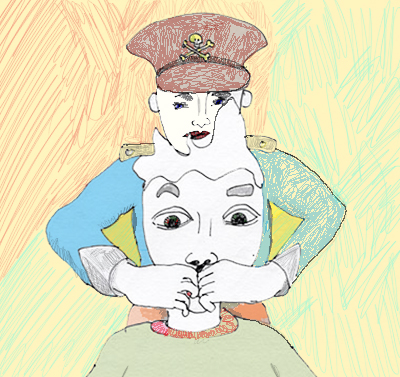 What kind of thing is a rhino whip anyway? A great big rhinoceros charging at you, the last thing I’d want is a whip in my hand. And why would anybody need one in Sheffield? It’s not like there are herds of marauding rhinos causing havoc on the high street.

It’s not for fighting rhinos. It’s made of rhino. Made of their hide.

I were just kidding.

Here’s the photo of it.

Looks like it’ll give you a nasty crack though. And is this the very same one?

It’s fierce looking. So your granddad cracked this over some bloke’s head?

Aye. Three. And not just blokes. They were criminals.

So what was he, some kind of riot police? I didn’t think coppers were supposed to do things like that.

It were different times in the nineteen sixties.

Keep your voice down. My old lady will go nuts if she catches us up here. My dad’s at work but she’s on patrol, don’t you mistake.

So why did you bring me up here?

That’s funny. I didn’t know you were funny, Paul Batty.

Why does your dad keep all this stuff? Is it like a secret vault of secrets? A museum of cover-ups?

And you’ll be a copper?

Hey don’t take the piss. I saw you roll your eyes.

I thought you liked them when they got big? What’s all this?

Family history. I actually thought the rhino whip was going to be the main attraction.

Oh it is. You should have shown it me last. Paul Batty, you need a sense of showmanship.

Three burglars they were. And my granddad made sure they never wanted to commit another crime ever again.

And did they? Did they ever commit another crime ever again?

I bet they couldn’t have.

Your dad was a copper during the miners’ strike?

And my granddad. Last thing he did before he retired. Him and my dad on the same force. Why?

There are paper cuttings in here from back then.

What do you know about the miners’ strike?

Maxine. I wanted to ask if you’d come to the end of year dance with me?

Ah you asking me out, Paul Batty?

Well, that much must be obvious, isn’t it? I said you had nice big eyes, didn’t I? I showed you the photo of the rhino whip, didn’t I? Why are you laughing?

You’re nice, Paul Batty. But I don’t want to be a copper’s wife?

Who said anything about getting married? I just thought you’d like to come to the end of year dance with me. My dad said he would hire us a big car. A Bentley. We could turn up like royalty.

There’s more than one bloody Bentley in Sheffield, Maxine.

Don’t get your knickers in a knot, Paul Batty.

And stop saying my name in full like that. My family calls me Paul and everybody in school calls me Batty.

That’s a jaw-breaker. You grip it like this and BOOM! It’s got several names. Knuckle-duster, brass knuckles. No, not like that; you thread your fingers through the holes and put this bar in your palm. That’s it.

Your dad used to use this?

Oh no I don’t think so. You couldn’t get away with something like that. I think it was my granddad’s. My dad used to use his handcuffs. You clip them down like this and then they can serve pretty much the same function. Here’s a picture of dad at Orgreave.

My dad calls it the Battle of Orgreave.

He has this framed?

Well, it was a gift from one of his colleagues who took the photo, and photos of that day are like hen’s teeth. That’s him there, piling in, showing he’s got it.

You know. A love for the job. My dad knows this guy and the Bentley will be a vintage number and we really will look like some bloody Charles and Diana. There’s just no way Linda Matthews’ dad will get a Bentley that looks like this one. In fact they’ll probably be embarrassed pulling up in their Bentley next to us pulling up in ours. They’ll regret it, which is sad, but there you are.

If I don’t say yes will you come at me with a rhino whip?

Don’t be silly. And don’t laugh. I want you to say yes because you like me.

But what’s it all for, Paul Batty?

What do you mean? We go to the dance, go in a Bentley, and we have a nice time – maybe I’ll get us a bit of booze to loosen up the arms and legs for a go on the dance floor – and we have a nice time. Don’t look at me like that, Maxine; I don’t mean any funny business by it. There’s nothing wrong with a bit of booze – everyone will be up to it. Most people will be getting bloody hammered, I can tell you.

I mean, what’s it all for? Are we going to be boyfriend and girlfriend? Is that what you’re after?

That’s nice, Paul. It’s nice to hear words like that. It’s nice to be liked. Flattering. But what if we do like each other? What if we spend some time together and we find out we really like each other? And you are from a coppers’ family and even saying you want to be a copper and that you have your life all mapped out for you and I just don’t want to waste anybody’s time.

My dad wouldn’t let me be your girlfriend, Paul Batty. Chances are he’d have a few choice words to say if he knew I were round here now. If he knew who your dad was.

What do you mean? My dad is my dad.

Yeah, and my dad is my dad. The police are not talked fondly of in my house, or any other house I can think of for that matter. Plus I doubt my dad thinks showing a girl a picture of a rhino whip is a way to make her like you. Now don’t look all glum and go all silent on me.

I just thought it were a piece of history, family history, and you’d get to know me a bit.

Is that your mum calling you?

I told my dad you were coming to the end of year dance with me.

Well, why did you do that when you hadn’t even asked me?

He hasn’t booked the Bentley yet has he?

Well, I’ll be damned if I’m going to say yes just because you’ve lied to your dad, Paul Batty. What about what I want out of life?

It doesn’t have to be about life, Maxine. It can just be about the two of us having a nice night at the dance and when it’s over you don’t ever have to speak to me after that.

Is that your mum calling again?

Yeah. YES MUM. I’LL BE DOWN IN A MINUTE. We’re going to watch the football together. Would you like to watch it with us? My mum won’t mind. She’s making fish fingers to have at half time.

Oh neither do we. My dad’s working at the game. Policing it. He doesn’t do a lot of football games, but he’s there because it’s an F.A. Cup semi final and all that.

So you’re just trying to spot your dad?

Oh and we hate the bloody scousers. So we hope they get a pasting, obviously.

Well, just because I watch the football with you doesn’t mean I’m going with you to the end of year dance, Paul Batty.

Okay. Do you think you might call me just Paul in front of my mum, though? It’s just I’d like her to like you and she’ll think it’s weird you call me by my full name. 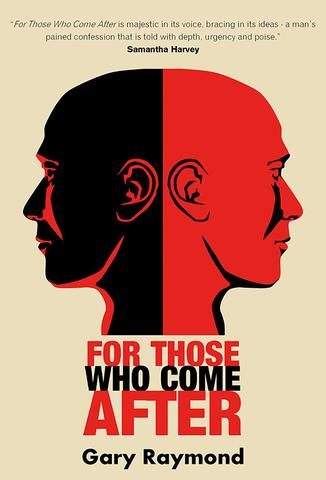 For Those Who Come After

‘…majestic in its voice, bracing in its ideas – a man’s pained confession that is told with depth, urgency and poise.’ –Samantha Harvey
When I met you I was preparing to die…
Deep in the savage chaos of the Spanish Civil War a poet searches for answers to what he calls his “conversation with God”. Another poet searches simply for revenge. Decades later, a biographer in search of a key to unlocking an enigma, comes across a manuscript locked away in an old London mansion house, revealing a history of violence, duty and one man’s struggle to find his place in time.
The story told by aged hermit billionaire Hal Buren, scratching out the testament of his life in the dim light of his childhood home, is dominated by the disappearance of his brother almost fifty years before. Buren spends his life trying to protect his domineering mother, Matilda, and his sister’s wife, Bess, from the corrosive truth, a truth that ends up rotting Buren himself. As the story develops a question grows: what can we trust to learn from our history? A novel that spans the twentieth century and introduces a litany of unforgettable characters, For Those Who Come After is a study in myth-making, of familial bonds, and the destructive tides of enduring love.
Tweet
This entry was posted on 10 November, 2016 in homepage and tagged Gary Raymond, nick victor. Bookmark the permalink.