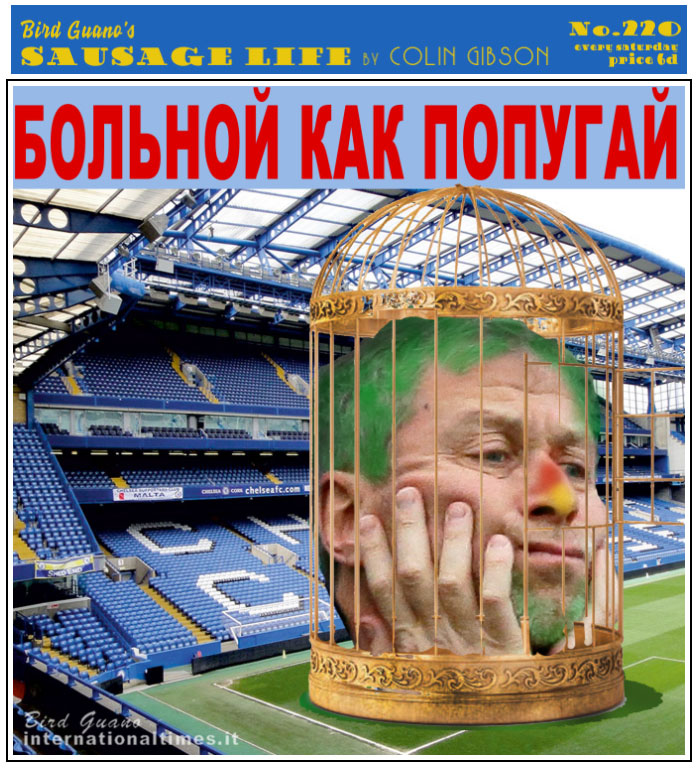 READER:  Where are you?
MYSELF:   I’m over here. Why are you wearing a blindfold?
READER:  Just in case you hadn’t noticed, as well as being blindfolded I’m also tied up.
MYSELF: Tied up?
READER: You kidnapped me yesterday and locked me in your office.
MYSELF:  Oh yes, I forgot. 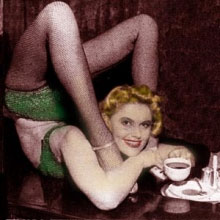 Dear Wendy,
Ever since (for reasons best left to the imagination) my husband Malcolm decided to become Lithuanian, I have been unable to understand a single word he says. Dining has become a nightmare of miscommunicated sign language and ruined appetite. Can you recommend a good crash course in Lithuanian – or should I just settle for blank looks?R Peggio (Mrs)

Dear Mrs Peggio,
Many a woman would gladly swap an anally retentive Englishman for a fiery Lithuanian stud, language barrier or not. Since most ideas can be conveyed with a saucy twitch of the eyebrow or a knowing wink, I would consider learning a difficult Balkan language to be not strictly necessary. However should you insist on going down that terrifying linguistic rabbit hole, may I suggest Lithuanian Without Tears, by Hadjik Kpetliana, (Hummous & Pterodactyl, £17.99)
Tegul jūsų virtuvė visada būna aprūpinta žiurkėmis!
Wendy

To Mrs. Rameses III, of East Chillingly
Regarding your interior design query – please don’t take this personally, but I feel a stuffed and mounted pangolin is going to clash, particularly with your curtains. If all you require is a conversation piece which you can just leave casually lying around to startle guests out of their comas, you might consider a publicity picture of John Wayne from The Ten Commandments, or failing that, a cordless electric dog warmer.

MIDNIGHT COW BAR
Police were called to Jus Teat, the new all night Spanish milk bar in Herstmonceux, shortly after its official opening. Nigel Farage, who had been been tempted out of retirement to cut the ceremonial ribbon, was clearly under the influence of something stronger when during his speech he made sarcastic reference to the Spanish  Inquisition, greasy foreign muck and Catharine of Aragon, whom he compared unfavourably with Liz Truss. Members of the audience, many of them carrying concealed alcohol, became unruly and began to throw articles from the tapas bar at Mr Farage, who was reported to have burst into tears after being hit in the face by a dish of Gambas Pil-Pil. Chief of Police Hydra Gorgon ordered the East Sussex armed response helicopter unit to the scene which was unfortunately prevented from landing owing to a performance by The Herstmonceux Observatory Motorcycle Display Team which was taking place outside.
“Mr Farage is entitled to his opinion,” Chief Constable Gorgon told us, “but the
misogynistic comparison between Henry VIII’s barren wife and our fecund Home Secretary was a juxtaposition too far. Mr Farage should be thankful that his ambulance arrived just before we did, the armed police unit having been forced to divert to nearby Lydd airport and make the rest of the journey by bicycle.”
Detectives are keen to question the meddling guru of gobshite directly he regains consciousness. 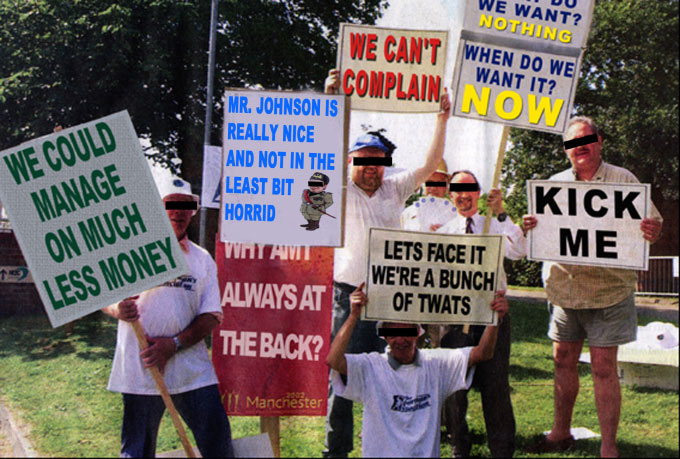 Farm workers gathered yesterday in a Sussex turnip field to voice their objections to the goverenment’s proposed pay increase. The offer of a 25% salary rise was described by FWU spokesman Ted Lard, 47, as “far too much” as he led the protesting workers to Cockmarlin’s Landfill ‘n Seagull Sanctuary, where they ceremoniously dumped two hundred 5 kilo sacks of Zapitall Weed ‘n Wildlife Killer into the adjacent reservoir.
SLURRY SEEMS TO BE THE HARDEST WORD
One marcher, William Doult 49, of Beyondenden said “What do they expect us to do with all that extra money? My wife already has her hair done three times a week. It’s a scandal. We are being made scapegoats. An all-out strike is planned. When the lack of tractor-drawn slurry wagons blocking the roads begins to bite, you’ll see public sympathy start to swing our way. Mark my words, emergency stockpiles of well rotted manure will not last for ever. Underestimating the feelings of the general public on this one could leas to riots. Ordinary folk will not stand for it, and if management insist on behaving like ostriches, then they are living in what can only be described as cloud cuckoo excrement.”
SANDWICHES
Ted Lard later attended a fringe meeting at the Horse & Nightmare public house in Upper Dicker where he appeared tired and exhausted after the day’s protests. During a speech to the assembled farmworkers, just prior to falling into the assorted sandwiches laid on by Mrs Rumsfeld of the Upper Dicker Women’s Institute, he accused Landowner Lord Alexi Andreyev of wearing ladies undergarments, and playing the balalaika to his neighbour’s livestock during the breeding season. Lord Andreyev made the following statement, via Zoom, from his Dacha in Eastbourne:
“It is not for me to to comment on whether this is or is not a significant step in one direction or another. Whether there has been any progress or indeed egress in either direction i cannot say. Even were I privy to such information, the laws of sub judice would require that I refrain from comment, and furthermore, do not say anything”.
Asked whether any of Mr Lard’s lurid accusations had any basis in fact, he added,
“The most I can tell you, one way or the other, is no comment”.

READER:  Sorry to interrupt, but when are you going to untie me?
MYSELF:  When they pay the ransom.

View all posts by Colin →
This entry was posted on 12 March, 2022 in homepage and tagged Colin Gibson, Sausage Life 220. Bookmark the permalink.