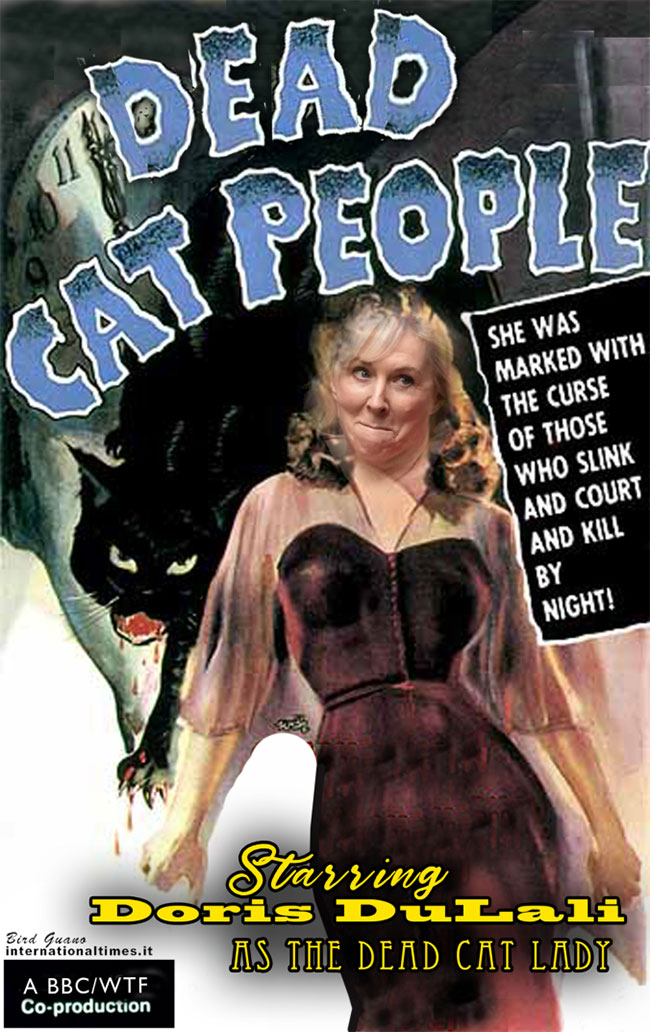 The column which challenges the juxtaposition of the aesthetically rendered meme within critical objectives, as interpreted through the translucent gauze of subjective flim-flammery.

READER:  You’ve been getting a bit of flak lately.

MYSELF:  I’ve noticed. Entirely misdirected in my opinion.

READER:  Some have expressed the opinion that your column is not only unhilarious, but a tad misogynistic, in that you unfairly target women with your criticism, a privilege to which, as a man, you are not entitled.

MYSELF:  Nonsense! Would you have me ridicule only half the population? I have always maintained that women have every right to be as ambitious, foolhardy, mendacious, unreliable, narcissistic, treacherous and capricious as men, and I will defend that right until I change my mind.
READER: Ha! How often does that happen?

MYSELF: I’m a creature of habit, as the mother superior said to the heroin dealer.

HELLO, I MUST BE GOING

Party leader resigns in order to “spend more time with someone else’s family”.

Ron Gravy, leader and founder member of The British Gravytrain Party (BGP), has announced his intention to retire from public life, after – in his own words, “selflessly”- representing the BGP in The Royal Borough of Beyondenden for the past 40 years. “It is with great regret”, he told this newspaper, “that I must stand down from a job to which I have devoted every last one of my expenses claims.
As a man of shameless dishonesty, who lacks any empathy whatever with his fellow human beings, and whose regular appearances in the House of Commons have always conformed rigorously to the bare minimum required for the receipt of attendance payments, it ill-behoves me to make this sad announcement.

My resignation will no doubt cause surprise and dismay to my loyal constituents, many of whom are employed by local contractor Lucrative Solutions, a community-minded building company who, during my tenure, were always able to depend on a positive representation of their financially rewarding and frequently abandoned housing and road schemes in return for the odd moderate inducement.

As far as my future as a successful hedge fund manager with a compliant young secretary and a serious alcohol and drug problem is concerned, I feel sure that all the good people of Beyondenden will wish me well. I will henceforth be living the simple life somewhere in Europe, watching Blake’s Perfidious Albion plummet like a burning Spitfire into the English Channel, and thinking only of you”.

I was just thinking about how much our sense of humour has changed over the years. Take this example from the January 1907 issue of popular magazine The Rib Tickler, which illustrates my point perfectly:

Three one-legged men hop into a tavern. The first one-legged man enquires of the barman: “Pray sir, What variety of ales do you have available?”
As he recites the list of beers, the second one-legged man traps his peg leg in the bar rail, stumbles and falls head first into the overflowing spittoon. The barman says; “I am sorry sir but I cannot serve you, I think your friend has had enough”
The third one-legged man, absolutely affronted, unscrews his wooden prosthetic and bangs it on the bar;
“Yes, you are right sir!” He shouts, “My friend has had enough of your one-leggism sir, and your outdated fall-overist attitude! Furthermore, I see that there are no ramps provided in your establishment, not that they would have made any difference to us, but I think sir, our point is fairly made!”
I mean, is that funny today?

MYSELF: I wasn’t asking you.

I recently had an outbreak of ectoplasm, all over my living room curtains. My husband says it is nothing to do with him and must have been a poltergeist, or a disenchanted spirit. I did a routine Ouija board check which came up with this message: “Someone in this room has recently lost a beloved pet. I’m getting a Keith or a Ken.”
Madge, level with me, have I got PPI?

Dear Quilamina,
this sounds to me like a classic case of PPI. The first thing most people do is contact their bank or building society. My advice is, don’t bother. Trying to get an appointment with the manager these days is next to impossible, as they are far too busy manipulating currency. I would instead suggest this simple 14th century spell, originally used for warding off Bubonic Plague or pustulous boils inflicted by witches, but perfectly suited to today’s modern ills. All you require is a skipping rope and seven small bells such as you might find in a budgerigar’s cage. Just find a quiet place, and when you are ready, shake the bells three times and swallow them. Now skip on the spot as you recite this nursery rhyme in a high, sing-song voice, like Bette Davis in Whatever Happened To Baby Jane: “Gherkins, Merkins, Dorothy Perkins”. By the next morning, your PPI will be gone, along with any symptoms of bubonic plague, or boils.

THE GLOVE GAME & ME – A CLARIFICATION

It appears that many people may have gained the impression that this column considers professional boxing to be nothing more than a gambling game aimed at fans of crude violence; that it is run by organised criminals and practiced mainly by brain-damaged halfwits who constantly mistake their own wives for hats and who require ‘gumshield assistants’ whose sole purpose is to prevent these poor dribbling morons from accidentally swallowing the thing.
Nothing could be further from the truth. I consider the noble art of pugilistic face punching to be a Zen-like pursuit, indulged in by wafer-thin aesthetes whose hobbies include stamp collecting, flower arranging, embroidery, kilted yoga and reading poetry aloud. 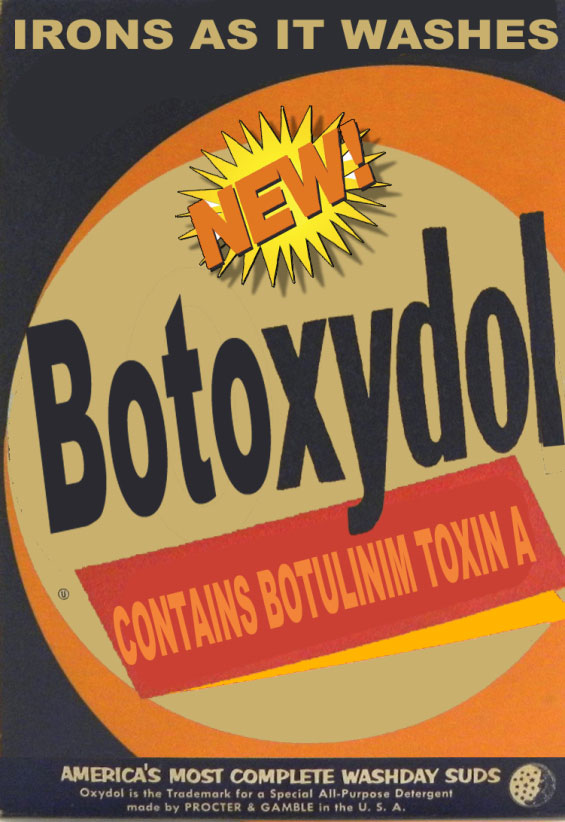 New Formula Botoxydol, added to your weekly wash, will guarantee youthful, wrinkle-free clothes. Take years off your smalls with Botoxydol
CAUTION – may cause smiley-face tee shirts to look insincere

I overheard the following conversation in a newsagent the other day, as I was pretending to browse the latest issue of Lawnmower World.

CUSTOMER: (from corner of mouth): I’d like a Daily Mail.

NEWSAGENT: (whispering): Would you like it in a bag sir?

CUSTOMER: (after a quick glance around the shop):  No, just slip it inside Asian Babes. 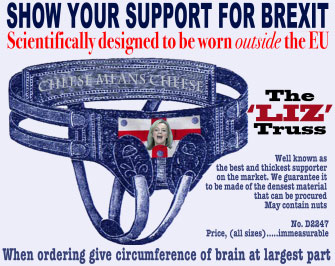 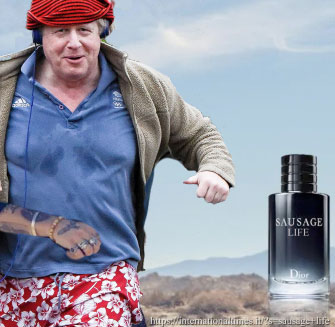 View all posts by Colin →
This entry was posted on 22 January, 2022 in homepage and tagged Colin Gibson, Sausage Life No 213. Bookmark the permalink.