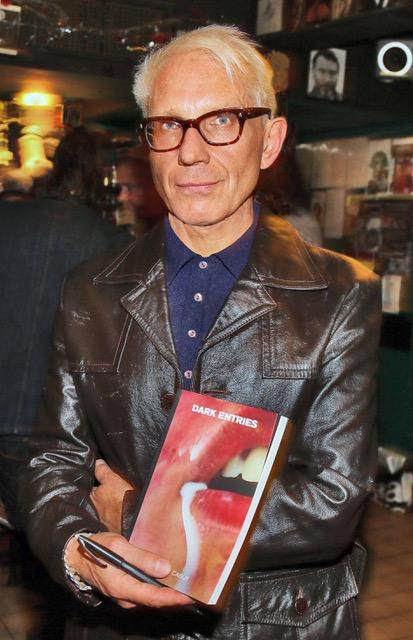 A Psychic scream, punk rock ravaged, from the base of the soul

To scarred streets.  In which its ‘wastrel’ protagonist, Ray,

To spear and confront love’s defeats.  From first fired page to emotive last,

Folded, sold. From boy into man and back again through surrender,

Ray, wakes, stumbles, shakes having drank his fill of abandon.

Thick with void. As he tries to survive the bland day, lessons from the past

Seek to claim him; the malign bully who shames him,

That slice of life most fall to prey to, when the beautiful people grow tarnished

They leave patterns of Ray on their wall. Ray seems to know this and blogs

About the miasma  he peers through, like an East End Henry Rollins,

Headbanging his heart through the wall. Ray is in his 20s but shot

Without ever contributing a chord. They have already reached the end of the road,

Why marry? Why try? Better Cabut says to just barter;

‘The more toxic the hangover the more evil the images needed to address it..’

And so he details each thought, certainly in his opening chapter,

Dismebowelling Ray’s days and habits, along with his vision,

Smeared by origins and a familiar form of half life.

Of escape. For Ray’s river runs deep as he represents how we’ve fallen,

Each individual trapped by the body that society spurns, as its shaped.

Every day starts with a wank as the ‘flacid penis’ receives ‘tremour’.

Rays’ prick, an antennae for a darkened  age on the rise,

Or rather, the fall as he probes every further,

Extracting the pleasure (and treasure) from everyone’s taboo exercise.

As Ray is caught in the act by his intransient girlfriend,

Who passes in and out like a shadow in an already shadow draped flat,

His anxiety flares, but he is not freed from Prick Prison.

His own hand commands him to defend his dulled dreams from attack.

This is a comment, its clear on the growing detachment of people.

By which to measure indulgence and submersion too, as it feeds,

On what? Not a soul.  That has been seeping for ever.

That are already full with the fluid that in granting life soon runs out.

The book honours the black sparrow press, with more than a touch

Of Bukowski, its smooth design from Anne-Cathrin Saure, and cool Berlin feel

Draw you in. It is an experience through the hand of what its subject is doing,

And a path between pages and the immediacy of your skin.

Loses some of its power and all of the stance that once shocked,

Glaze the rock.  So this is a book that stains hands as they hold and turn

Holdable. Suddenly all the rage and all of that prepossession, is delivered again

To the devil, which is, as part of us all, malleable. We shape what we need

As well as our awe at the dark. As does this bitter book, that bites the hand

Moving for it. The Cold Lips kiss is instructive.  As it seals and soothes,

‘Happiness isn’t a state.. Its an activity..’

And so it proves:   wanking’s writing.

The pen is a penis,

And a vagina too.