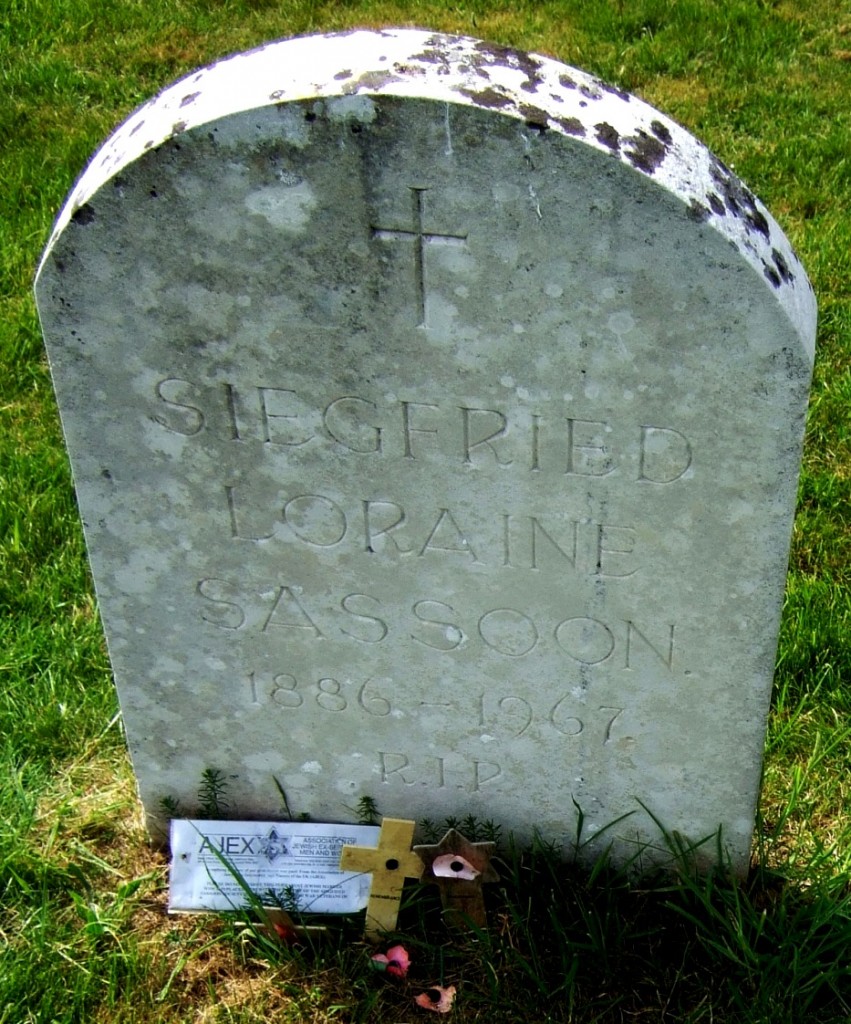 Sassoon is buried in St. Andrews Church, Mells, Somerset. His father was an Iraqi Jew, his mother an Anglo-Catholic who liked Wagner’s music.

He converted to Catholicism towards the end of his life, under the influence of the priest and writer Ronald Knox who is buried nearby.