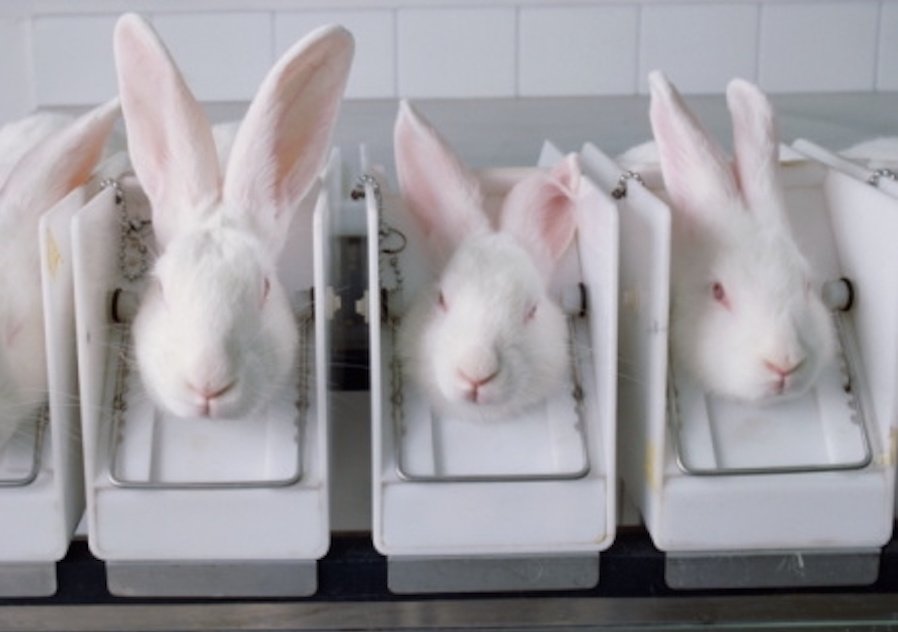 SIGN: Stop Disastrous Plan to Bring Animal Cosmetics Testing Back to the UK

If the current UK Government gets its way, innocent rabbits, mice, and guinea pigs could once again face the horror of painful and senseless chemical experiments for cosmetic ingredients.

The country’s 23-year ban on animal testing ingredients exclusively found in cosmetics now is on shaky ground, following an announcement that the government has “reconsidered its policy” following a case last year, in which the European Chemicals Agency (ECHA) ordered manufacturer Symrise to test two of its cosmetic ingredients on animals.

The agency said that the ingredients tests were needed to ensure the finished products could be used “safely” on people, despite decades of evidence that undeniable genetic differences between animals and people mean that what’s considered safe in animals can sometimes prove harmful — or fatal — to humans.

The discrepancies are why 90 percent of drugs approved in animal tests fail once they hit human clinical trials.

The UK’s Home Office has said that companies still will not be allowed to test finished cosmetic products on animals — asserting that its policies haven’t changed.

But that’s not the case. The UK government’s plan to once again allow animal testing on certain cosmetic ingredients would open the door to increased and more widespread use of this cruel and indefensible practice — and throw away almost a quarter-century of work by the beauty industry, regulators, scientists and safety experts to promote alternative non-animal testing methods that will be safer, more reliable, and more cost-effective.

Re-allowing animal tests for cosmetics ingredients also goes against a recent European Parliament demand to phase out all animal testing as soon as possible in favor of those human biology-based alternatives.

Tweet
This entry was posted on 20 November, 2021 in homepage and tagged animal experiments, Priti Patel. Bookmark the permalink.