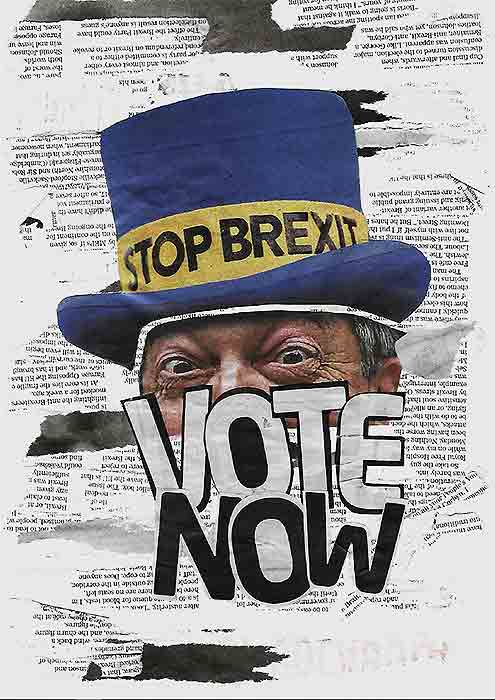 My fair, if you but register to vote, it

may speak volumes at the election.

There won’t be a second referendum now –

except in Scotland, or in the North.

performative scripts for his ‘Awesome Foursome’.

Quarter my brain, see what I see: the sore rump

of Britain as a Gruesome Twosome,

Governance of Earth where our two bodies melt

fingered through the open car window,

upon the bonnet I spread her out

to prove if she’d still be in demand

after Brexit. No sooner did blokes

in wormy delight unthread their threads,

show that this is our true National Sport,

And when the spumes of sweet desire filled

the air, and Go’s grove lay moist beneath

the spunky Brits, I proved that even

a no-deal leaves no-end of supply!

Thus far from my non-exclusive breast

her breasts bounce in self-sufficient flight.

Tweet
This entry was posted on 16 November, 2019 in homepage and tagged Atlanta Wiggs, Robert Sheppard. Bookmark the permalink.

2 Responses to Sonnets from Bad Idea