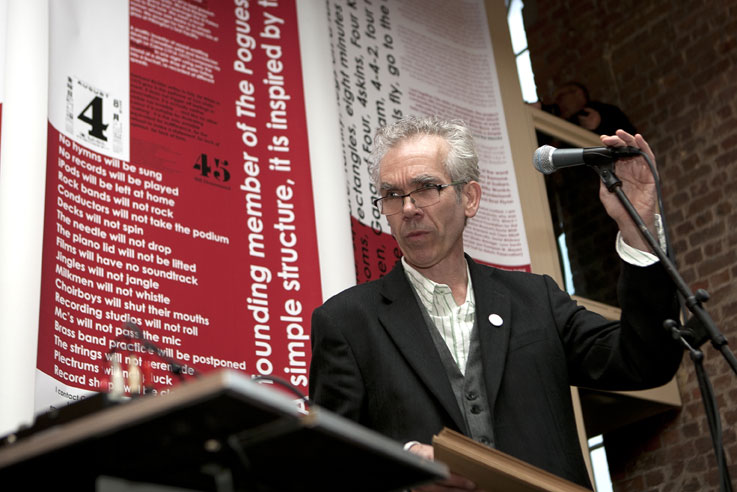 Jeff Young’s lyrical ‘Shadowplay’ is a poem in prose to a city,
A ‘Lancashire style Chicago’, in which his mother’s nose sniffed out
Souls. And so it proves here as he follows memory’s wake through
Still treasured walks with his sister, who, while sadly departed,
Stays with him, as his sainted words keep clouds close.

Not to mention the scents and sense that an eight year old
Has of a city. For Liverpool is both a river and ocean that stoked
The twentieth Century’s muse, as Young proves, and yet it carries
The sound of so much more than The Beatles, through visitations,
Encounters, and far aspirations, from its two pole like Cathedrals

Right down to the docks, as time moves. As it does here,
As Young quickly transports us through ‘a bricolaged city of back-alley
labyrinths, strange arcades and collapsing fruit warehouses’
Whose unruliness and awkwardness informs his own plays and stories,
(Some of the city’s best) and whose ‘psychedelic sunsets’ grant access

To the singular light in his work. He walks where Malcolm Lowry
Once did, as a copy of Ultramarine first excites him. And it is here
The young master in reading the old claims his myth. This city
Contains a space where worlds mix, as anyone who lives in a place
With port and Pier can relate to, as a river of dreams seen

By morning on even the greyest of days uses rain as hope’s
Language to thread poetry through each fine, storied stitch.
Young glimpses Lowry’s ghost, as well as that of his Mother,
As he visits Lime Street’s closed Forum and this is how
His place of birth and life now resounds. As if the city

Were his own studio, and his plays, as well as active texts,
Ghost recordings, with new characters written over past
Templates; ‘Bright Phoenixes’ burning, a force, fuel and fire
That makes Young’s repertoire so profound. Terence
Davies’ Distant Voices, Still Lives, says it all, as Young

Emerged from that culture. He meets eternalists under arches
And remembers the ‘Victorian Gormenghasts’ of ill health.
Young walks with his friend Horatio Clare with rum and the wind
Sent to fuel them, in search of Thomas De Quincey who returns
To talk to them, showing how a writer’s connect works

Through stealth. Suddenly Ginsberg is there, as well as
Adrian Henri; in search of Blake, the wide Mersey
Becomes a positive River Styx of the mind. As each of
Young’s ghosts now gain glow, from Burroughs and beyond
To Jean Cocteau, Kenneth Patchen, as Young and Clare map

Men fall in Young’s dreams as his father did down a chimney.
As a strain of unconscious connection, the young Jeff also fell
From his bike at the time. As if the son were falling in line
With the spectral shape of the father, who becomes a living

Ghost for Jeff’s daughter whenever they visit him; blood’s
True bind. Young’s old houses shimmer, as he charts them all
Through his writing. The tin bath as transport, as spacecraft,
Of sorts for a day which makes us all astronaut, and adventurers
To past places, that while they formed us seem as distant

As stars time has graced.  The tectonics re-align and usher
Jeff on through the city. Meanwhile, on the river, memory’s
Mooring craft shifts and bobs.Objects accrue and gain such gleam
Through his writing: ‘Once in a graveyard beside the canal I found
two bodies – the first was a wren in a bower of autumn leaves,

the other a shrew, a tiny cat-gnawed ghost.’ If the soul
Works as a writer, then true beauty here becomes job. As in;
‘In the hollow of a tree, I curated a museum of artefacts,
a cabinet of curiosities exhibited inside the body of an oak,’

Its a spell, as is the Shadow boy Jeff now claims, namely

Kestrel for a Knave’s Billy Casper, on whom Young has written
In an acclaimed radio piece: fate was dealt. For Barry Hines’
Broken boy bound by birds become Jeff Young’s spirit brother,
And as he relates their alliance, spectres of the page flesh
And swell. Informed by the Beats, Young here found true

Rhythm. From Alan Sillitoe to Stan Barstow, each warning
Word attained place. As well as being the boy, Young became
The bird flying over; the accomplished poet and playwright
Who captures his city’s special dreams with his pen,
Along with his angular look, and face like Maureen,

His mother, and with his soul like his sisters and pain
Like his Dad’s and fresh loves; which are his beloved Amy
And Pearl as well as all of the words now placed for us.
Young’s old Ghost Town is all cities in which the living
And dead hand and glove. By which I mean they hold

And guide us, as here, the book binds like Beckett’s,
Whose ‘hands forgotten in each others’ are felt in these
Words like love’s kiss. They are scored across this bright book
Much like the bricks in the spiritual homes Jeff revisits.
And so the pages too shine and shimmer, as enveloping

White becomes mist. From these dissolves, Jeff’s Grandad
And a sepia sound heard through writing, and then time’s
Translation as Kafka claims Liverpool. A Metamorphosis begins
Whose opening Jeff re-renders, trying to get close to the magic
With which these mirroring worlds leave us fooled. And yet,

History heals, despite death and the wounds of the present.
And Liverpool as port and portal releases Ken Campbells Sci-Fi
Theatre, on the wings of Mr Kite’s spectral drift. The city takes
Pride of place from the Mersey Sound to soul Kitchen,
In which the characters of Ghost Town work stirring the popular

Age and timeshift. This book is a bible of sorts, bubbling away
Poemed potions, that literally each sentence sources,
Flavouring palate and eye as you read. It is reading as music,
Too, as everyone becomes mystic, from Jeff’s ghost clouded
Grandad, to the O Halligan brothers, movers and makers

Of image and sound. Each scene feeds. Just like the river
That frames and acts as sister and soul to the city, so does
Jeff Young’s word water sibling beside your own heart.
It compensates for his loss and also marks the return
Of what is missing; his own youth and dreaming, his visions

To come, others’art. But also the tract with which we all
Seek to underscore our intentions. At a time of great isolation,
Those separated are the spectral ships lost seas span. This book
Captures a boy as his eyes and soul become poet.
It also captures a spirit that wishes to return to the man.
It is a book of memories made and which form their own city.
Populated by ghosts as we all are, in our kingdoms of one,
Each boat rocks. For I have walked similar streets in this
that city, and have seen a man sing like Sinatra
After a hard day’s work at the docks. His name was Kenny

Docherty. Jeff knew him well. In fact, Young seems to have
Known everyone through this writing, from the visceral characters
In his play Bright Phoenix, to Kes, Kafka and Ken, Kevin Coyne,
‘whose mind was a dying seaside town: broken-windowed,
alehouses, charity shops, battered lives in bleak attics forgotten

by everyone but him,’ But not here, Jeff; here, each glazed window
Is cleared by your words: lines that loin – and rebirth what once
Seemed lost, thereby retrieving all that felt wasted, as your grand
Returns sets ships sailing and these spectral moorings head out
To lands none can spoil. Buy this book. Join Jeff’s life and crest

His crowned river. On the shore, his bright phoenixes blaze.
From the ashes, life machines back. Ink meets oil. Jeff Young’s
Ghost Town is a craft of the past fronting a special new fleet
For the present. It is a beautiful boy’s soft reclaiming of what
Even these broken bloody days can’t destroy. 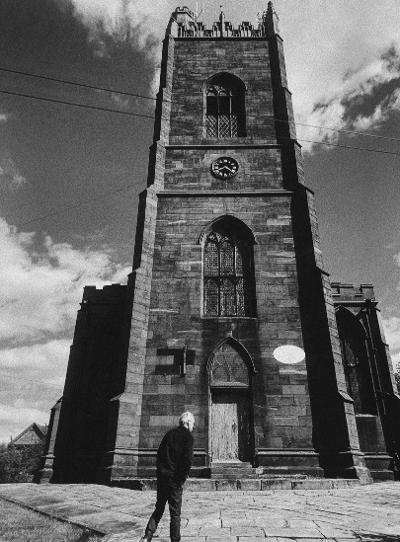 View all posts by David →
This entry was posted on 14 November, 2020 in homepage and tagged David Erdos, Jeff Young. Bookmark the permalink.