So Many Memorials, but No Memory

‘Ingratitude
still gets to me, the unfairness
and waste of survival; a nation
with so many many memorials but no memory.’ 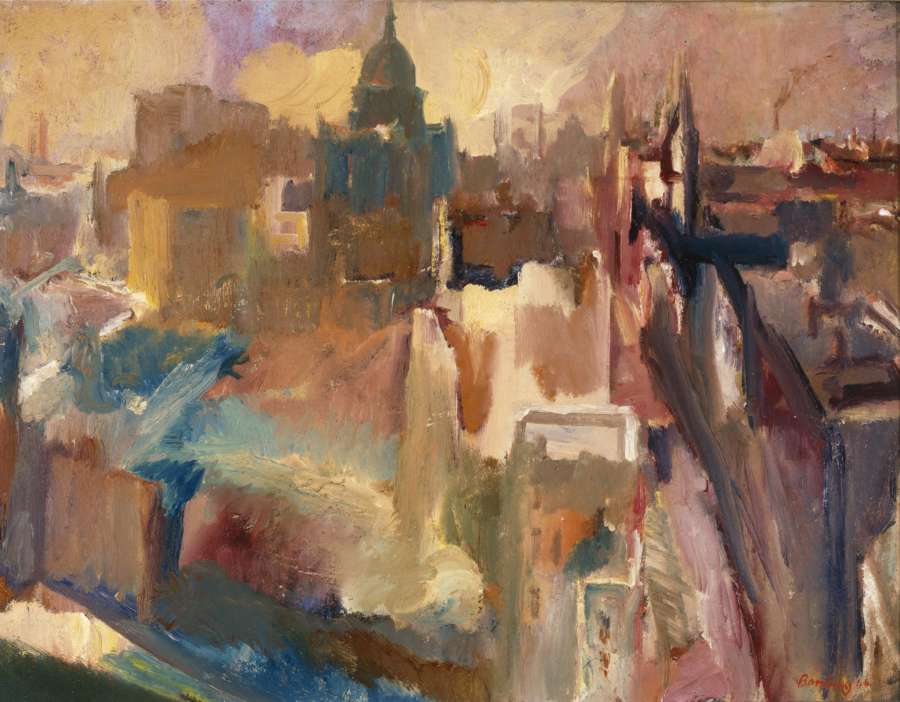 Churchill’s her bulldog Nehemiah,
proudly rebuilds walls of Empire;
one hand grips hard on the trowel,

the other, prehensile, sizes up India.

Our grandparents braved the Blitz
& ration book with what stoic
patience? A contemporary mind
flicks between diversions brief &
virtual: a crane-fly on excrement.

To indulge in black-out fantasies,
Anderson-sheltered from cyanide,
Zyklon B & other chemical nasties;
veering through time’s contemplation-vector,
musing on New Apocalyptic verse
is, to put it finely, an ‘injustice’;
where the Word hoodwinks the reader-
mouthpiece with what carnal knowingness?

Sirens banshee-scream without subtitles;
Soho’s dumb oracle mouthing out
‘incontinence’ which cannot, in decent time,
make it to the roofless, dilapidated latrine.

Firemen, soldiers of the eponymous
stuck in malebolge-ruck of Hackney?
Helmeted, rock-drilled & masked
as envisioned by an Epstein or a Lewis?
Wrong war; mechanisation second time
round even more multi-accelerated
& ultra-horrendous; spiralling out
of infernal air over St. Paul’s & environs.

Wind falls from empty heavens on
firemen, soldiers of the eponymous.

Although he would not himself fight,
he was prepared to drive a lorry
that would set off the smoke screens;
his one war injury occurring when he
accidentally fell from the seat of his vehicle.
(I confess to having enshrined him in this
Chanson de Geste & quite deliberately
to this role: conscientious & heroic
in his spirited, super-spiritual objection).

Neither did he become to his chariot-axle
indurated; no, his humanity survived in tact
as his body endured forty years longer:
spirit-attracted, repulsed by mechanisation
& small-mindedness, doubletalk of politicians
& the moneyers. Instead, he fecundated
a garden amid their wasted terrain;
broke bread as compassionate believer,
was at one with the honest labourer.

Once, as a child, I watched him coax
a honeyed bumblebee from a window-
beam, gently stroking its fur before
releasing it back to creation’s void.

At the cenotaph, the wreaths lie idly
but carry their tribute. For the next
generation, the palms & poppies will be
virtually cultivated, bought & sold by bitcoin.
A mere digit-click, however unconscious
& rapid, will denote their ‘respect’.

Inside the cyber-void,
scan the poppies’

Tweet
This entry was posted on 14 November, 2020 in homepage and tagged David Bomberg, Mark Wilson. Bookmark the permalink.