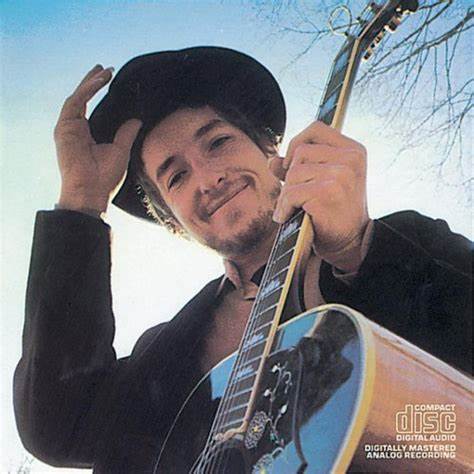 YouTube version for those without Spotify
– but some specific versions are not available in the UK for YouTube so there are some variations substituted.

Sorry for making this so hard (and straying from the brief myself)!

How do you choose between invective, sarcasm, tenderness, storytelling, anger, atmosphere and much, much more?
Thank you for rising to the impossible task and sharing your choices, thoughts, memories and stories.
I hope you enjoy listening to our resulting collaborative playlists as much as I’ve enjoyed putting it together.
much love
Ella Fantasia aka ione/ionella

PDF document attached and text of it copied below…..

https://www.youtube.com/playlist?list=PL4nNwfsjwqEjVxpRMRUV3wZm6tKsD-Xlp
Blowin in the Wind : The Freewheelin’ Bob Dylan
Chosen by Pat: “I was overwhelmed at the thought of picking a favourite, I love them all and wasn’t sure how to express why it’s special. I’m sure loads of people have chosen Blowin’ in the wind (No!), it was the first time I heard him on the radio when Annie Nightingale said you will be hearing a lot more of this young singer with the gravelly voice of an old man! How prescient was that!

Corrina, Corrina : The Freewheelin’ Bob Dylan
Chosen by Gaye
Don’t Think Twice, It’s All Right : The Freewheelin’ Bob Dylan
Chosen by Rick: “This is special for me cos it was the first Dylan song I learned to play on acoustic guitar……brilliant harmonica too”.
It’s alright Ma (I’m only bleeding) : Bringing it all Back Home
Chosen by Cavan: “The line about being bent out of shape by society’s pliers seemed to chime so much with the tensions and idealism of the sixties and a yearning for a better society. To think we had student protests across the western world, black people in the states rising up against racism and now so little has changed.”
“But then there’s “It’s all over now Baby Blue”, “Like a Rolling Stone”, “Black Diamond Bay”, “Visions of Johanna”, “Desolation Row”, “Forever Young”, “Tangled up in Blue”…and so many more!”

Chosen by Tim: “When I first heard this song I was a teenager.
I recall thinking, all they say about Dylan being a great poet is true.”
Highway 61 Revisited : Highway 61 Revisited
Chosen by Don: “Dylan has been so provocative and so important when i was first exposed to him in the early 60s.  He has always raised questions I couldn’t even form yet. He always niggled under my skin and helped when I listened, got me to face new problems …still does.  Blonde on Blonde with Stuck inside of Mobile with the Memphis Blues Again, and with the title song from Highway 61 Revisited and Ballad of a Thin Man.   The Freewheeling…. Don’t think twice, it’s all right…..”
Ballad of a Thin Man : Highway 61 Revisited
Chosen by Don:
Maggie’s Farm : Live at Newport 1965
Chosen by Marion: “Not yet born when this happened – but looking back I think the whole acoustic/electric controversy is hilarious.
The lyrics of the last verse sum up Dylan’s view….
‘Well, I try my best to be just like I am
But everybody wants you to be just like them
They say, “Sing while you slave” and I just get bored
I ain’t gonna work on Maggie’s farm no more’”
Visions of Johanna : Blonde on Blonde
Chosen by ione: “Every note and inflexion of this album is ingrained in me in the way that only music from your early teens listened to over and over and over and over and over can be. This album is more personal than political telling fantastic stories, words painting pictures of both familiar and unknown worlds. The music is hypnotic and still has power to evoke that yearning.”

Stuck inside of a mobile with the Memphis Blues again : Blonde on Blonde
Chosen by Don

She’s Your Lover Now : Bootleg Series Vols 1-3
(If you want to skip the pre-amble, start at 3’44” in)
Chosen by James: “an unfinished song from the Blonde on Blonde sessions.
a dramatisation in which the singer is trying to unravel a tangle of complex emotions.  all of my songs rolled into one.  now your eyes cry wolf / while your mouth cries I’m not scared / of animals like you. . .”

Sad-Eyed Lady of the Lowlands : Blonde on Blonde
Chosen by ione: “Still no idea what it’s really all about, this is purely teenage uninterrupted snogging backdrop – a slow, flowing rhythm for one whole side of the LP before you had to get up to replace the stylus at the beginning or change the record”
Hurricane : Desire
Chosen by Fred: “Picking a special Dylan song depends on the day and the time of day, there are so many. But here’s the thing. When Lynn and I first got together Desire had just been released and we listened to it over and over again. It seemed to be a return to his epic story telling and that violin of Scarlet Revira was out of this world. I don’t think it was so eye watering as Blonde on Blonde and Highway 61 or as kicking down the door as Rolling Stone – but for personal memories it’s Hurricane.”

New Morning : New Morning
(Missing – unavailable on YouTube in the UK)
Chosen by Lynn: “It’s what we listened to on the morning I decided my future was with Fred.”
Chosen by Pat: “I also love New Morning because however awful things are, that always happens”

Make you feel my love : Time out of mind

Chosen by ione:
No-one does a love song like Dylan.  This is incomparable, in both lyrics and delivery.  Dedicated to the man who has swept me off my feet 🙂

All along the watchtower : Jimi Hendrix : Electric Ladyland
Nominated by almost everyone, (yep incl me) even by those who don’t like covers generally.
Chosen by Jeff who cited Dylan himself:
“It overwhelmed me, really,” Dylan said. “He had such talent, he could find things inside a song and vigorously develop them. He found things that other people wouldn’t think of finding in there. He probably improved upon it by the spaces he was using. I took license with the song from his version, actually, and continue to do it to this day.”
Jeff:
“as for my actual favourite
cover of a Dylan song
there’s no contest…
like ‘I shall be released’
I’ve never bothered
to try and understand
what this wonderful
song is about
but Jimi Hendrix’s version
of ‘All along the watchtower’(1968)
takes it into
another dimension
it’s a four minute work
of magic realism and
– if push comes to shove –
I prefer it to Dylan’s version
because Hendrix somehow
transcends it via
his intuitive interpretation
and its brevity
after JH died in 1970
an EP disc was
quickly released with
‘All along the watchtower’ on it
and I rushed out to buy –
I had it for years
until it mysteriously
disappeared”

Lynn: “All Along the Watchtower, Jimi Hendrix, though would always go for Dylan for preference, but as covers go, it’s brilliant. No real story except a reminder of Jimi’s brilliance as a musician and Dylan’s brilliance as a composer and lyricist.”

Cavan: “This album was one we played over and over when I was in a flat in my second year at uni in London in 1972. The cover has varied but the one we had was outrageous at the time, decorated with naked women calmly holding images of Hendrix himself.
(All along the watchtower, continued)
”Fred: “I’m not a big fan of covers but Jimi Hendrix and All Along The Watchtower is monumental.”
Mr Tambourine Man : The Byrds
Chosen by Gaye and Sally

Simple Twist of Fate : Joan Baez
Chosen by ione : “mainly because Joan Baez is pretty much the only person on the planet who can get away with mimicking the man himself”

Dear Landlord : Janis Joplin
Chosen by ione – for Don who said “…..these are my continued listening …all cheap thrills, Oh wait, that’s Janis….”

Chimes of Freedom : The Byrds
Chosen by ione: “the definitive version for me, something about the plaintive voice and that distinctive Rickenbacker”

What was it you wanted : Bettye Lavette, Trombone Shorty
Chosen by ione: “I’m a sucker for a lazy jazzy number and this one has great beats too, her delivery is very different from Dylan but retains his grit”
Positively 4th Street – Johnny Rivers
Chosen by ione: “I’m not sure you can have a cover of this one but I’ve included it because it’s the only version Dylan said he preferred to his own.”
Tomorrow is a Long Time by Rod Stewart
Chosen by Philip: “Rod Stewart does marvellous Dylan covers and this is up there with the best.”
Girl from the North Country : Passenger
Chosen by Rick: “This is special for me cos it’s part of a long musical chain interaction with a wonderful, beautiful friend of mine who I am starting a relationship with, I am so in love with her.  This version is beautifully sung with a soft emotional voice and is such a contrast to Dylan’s original.  Very interesting accompaniment, particularly the piano part.”
Senor (Tales of Yankee Power) : The Bob Porter Project
Chosen by Tim:
“They are a band who live locally. I’ve seen them perform this song numerous times around Stroud. They do it very well.
It is my favourite song from the Dylan album Street Legal.”
Tweet

View all posts by →
This entry was posted on 29 May, 2021 in homepage. Bookmark the permalink.