Posted on 8 September, 2018 by Rupert Loydell 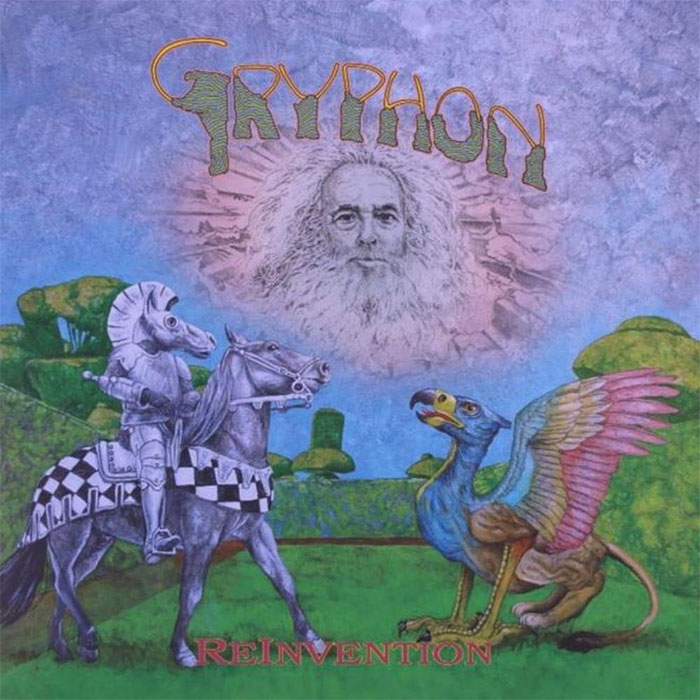 ‘Imagine a rock band at the court of King Henry VIII’ said the original adverts for Gryphon’s first LP back in 1973. Formed by students from the Royal College of Music, the band featured recorders and crumhorns (imagine a hollow walking stick with fingerholes in, a kind of mutant recorder) alongside contemporary drums and guitars. Gryphon (1973) featured jigs and reinterpretations of medieval music alongside contemporary music, all big bassoons and trilling recorders, and was followed a year later by Midnight Mushrumps (1974), which contained a 20 minute title track that had been commissioned and used for Peter Brook’s production of The Tempest at the National Theatre.

Red Queen to Gryphon Three (1974) continued the concept album idea, with four lengthy tracks, more synthesizers and guitar, and a tour supporting Yes. Success, it seemed, was their’s, but it never happened. Their final album for Transatlantic, 1975’s Raindance, was fun but all over the place. They signed to EMI/Harvest and went total progrock on 1977’s Treason, but of course by then keyboard extravaganzas sounded old hat and eventually the band disbanded: their final concert at a small student union bar in central London was a riotous affair that went on for hours as encores turned into knees-ups and further encores… And then it all went quiet.

Now it’s 2018 (no, it really is), and Gryphon have recorded a new CD, ReInvention, and are playing live in London this September to launch it. Three members from the 70s are joined by three new members, and – thankfully – the sound features more bassoon, flute, krumhorn, saxophone and violin than flash keyboards. It’s very much a return to form: lively beats, quick variations and melodic asides, all rooted with subtle bass and drumming. There’s a few songs among the instrumentals, and an ongoing fascination with dreadful puns (‘Rhubarb Crumhorn’ anyone? Or ‘(Dennis) Anyone For’? ‘Hampton Caught’?) and sixth form humour (see the biographies on the website) that – depending on your sense of humour – is either annoying or highly amusing, but these eleven new compositions are engrossing and rich.

This isn’t so much a reinvention as a beautiful revisitation. Even Henry VIII might have enjoyed them, and you will too. 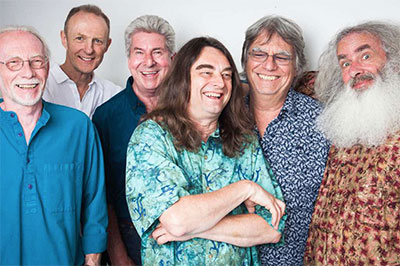 View all posts by Rupert →
This entry was posted on 8 September, 2018 in homepage and tagged Gryphon, ReInvention, Rupert Loydell. Bookmark the permalink.

One Response to Such larks!