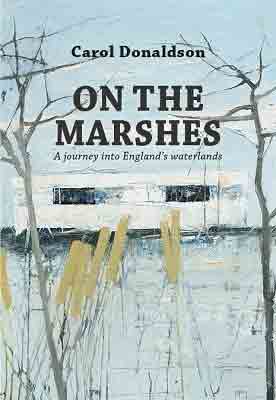 I can’t pretend that I think either of these are well written – Carol Donaldson’s prose is particularly clunky; Bruce Fogle tends to repeat himself – but if you want some light, well-intentioned, summer reading both these titles are perfect.

Donaldson’s book is subtitled ‘A journey into England’s waterlands’, which makes it seem more inclusive than it is: it’s actually a book about a number of short trips around the top of Kent, focussing on the Medway and Isle of Sheppey. She has a good eye for wildlife, and an ability to banter with the locals and previous acquaintances and colleagues, but the book also includes too much digression into and angst about the author’s romantic past, which seems to have little bearing on her journey.

The book is partly about Donaldson (if you’ll pardon the expression) ‘finding herself’, having split up with a long-term boyfriend and also having been evicted from her caravan which she had been allowed to live in on a RSPB nature reserve, as part of her employment there. Donaldson is clearly a loner and happy to be regarded as alternative, or an outsider. Whilst she never describes herself she does describe how others perceive her as she ambles into their lives, having slept rough and walked for several days.

At times she is an innocent abroad, delighting in being given lifts to uninhabited islands, exploring handbuilt holiday chalets, finding her way across obstacles in the landscape, delighting in the joys of a pint and sandwich down the remaining pubs she finds. She rails against development, managerial changes at the RSPB, yuppie flats, proposed luxury developments, people invading her space; in fact she is angry at lots of things, not least herself for being so indecisive and occasionally impractical, aware of the contradictions of using cars and hovercrafts and motorboats to access parts of the landscape she would be unable to otherwise.

Sometimes her ongoing mental anguish and introspection – as well as her ridiculous phobia about daddy longlegs – becomes too much, and I skipped a few pages to get to her next encounter with wildlife or people, which is where this book is best. Houseboat dwellers, birdwatchers, retired couples, old friends, new acquaintances are all highlights in Donaldson’s book, as are the descriptions of the landscape and wildlife. Donaldson’s love of nature is clear here, if sometimes a little romanticised and naive, but her heart seems in the right place, and I enjoyed reading about a part of the UK I have never visited and knew little about. It’s well worth joining her on her squelch through the muddy estuaries of Kent. 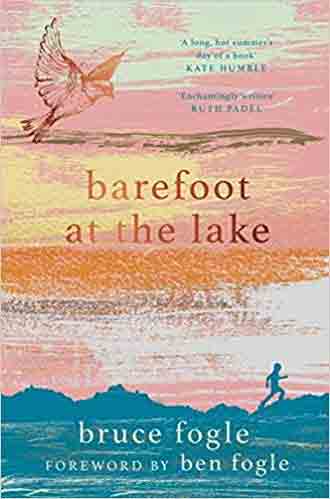 Bruce Fogle is a vet who lives in London, but grew up in Canada, spending summers at the lakeside cabin that his father built and maintained. (He’s also, I discovered, the father of TV idiot Ben Fogle, but don’t let that put you off.) This book is a gentle memoir of those summers long ago, spent boating, canoeing, exploring and building dens.

It’s also about something more. Fogle’s Uncle Reub (his mum’s brother) has had a nervous breakdown and is often quiet and awkward, but Fogle enjoys getting to know him and listening to his stories. Reub is both traditionally wise – as a doctor he knows about scientific and natural things and can answer Fogle’s questions, but also spiritually wise: he does not believe in the Jewish faith that his sister professes, and is drawn towards a more fundamental believe in nature (one we might nowadays call new age), informed by a Sioux friend.

If this all sounds a bit Zen & the Art of Motorcycle Maintenance, don’t be alarmed. Reub’s stories occur naturally within the ebb and flow of the summer, as groups cluster out of the rain or undertake travels to nearby events. And Reub’s stories, like all good stories, make Fogle question himself more rather than provide answers. This helps him start to understand the adult and natural world around him, why people and animals get hurt and hurt each other, why he feels the way he does about his neighbour and friend Grace, and, indeed, why his uncle is not like other adults.

Fogle is good at conjuring up the heat and lethargy of long summers, the changing lake, the social complexities of summer visitors and locals, family discord and harmony. Nothing much happens and yet everything happens. It’s a wise, wide-eyed and profound book, perfect for the heatwave we’re having at the moment.

View all posts by Rupert →
This entry was posted on 20 July, 2019 in homepage and tagged Barefoot at the Lake, Bruce Fogle, Carol Donaldson, On the Marshes, Rupert Loydell. Bookmark the permalink.