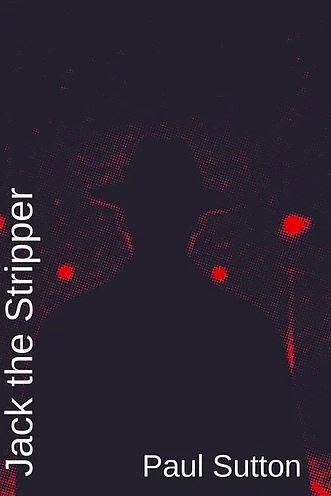 Paul Sutton has a bit of a bad boy reputation in the poetry world. Mostly because he takes no prisoners and is not much persuaded by the trendy left nor by the romanticised shaggy dog tales that so often pass for poetry these days. It’s a shame because the online spats he sometimes gets involved in, and the critical abuse directed at him and his work, divert attention away from what matters, namely his poetry.

Jack the Stripper, his new book, may initially appear cynical and distracted, perhaps even a bit macho in posture, but spend some time reading and you find a collection of astute, perceptive and sometimes nostalgic poems about growing up, English towns and cities, and our national inclination towards melancholy, attitude, corruption and decay. The narrator of ‘Gone Below’, for instance, considers his past from beyond the grave:

Now it’s all gone, I could sit
on some mountain forever,
not thinking about moving or

worrying when the bar closed,
how long the holiday lasted,
just existing up there.

Everything would return:
family, childhood, stuff
you want to remember.

but towards the end of the poem ends up coolly distancing himself from ‘the wreckage littering / what’s here below’:

I feel – a nothing, that’s always
there, not an absence and not
even a loss – just gone and lost.

Whilst the narrator of Sutton’s poems should not be taken as Sutton himself, it’s this ability to distance and consider that tempers both the cynicism and nostalgia present in a lot of the work here. The occasional anger, disgust or sharp opinion is rationalised by the almost photographic descriptions on offer; any emotional engagement is the reader’s, Sutton’s words the cause of this effect, but not in any dictatorial way. Sutton is exemplary at leaving space between the poems’ images and his narrators’ opinion(s) for us to interpret and respond as we will.

In many of the poems the narrator is also more than willing to take a potshot or two at himself and those he remembers. There is, he suggests, little difference between the privileged of the Bullingdon Club abusing their wealth and rank and ‘[t]he lights twinkling and the sound of broken bones’ on housing estates each Christmas Eve. Only the wealth and nature of excess differs, not the motivation or desire for recklessness and violence.

Many of the characters who inhabit the poems in Jack the Stripper are self-made working-class lads, who have fought their parents, school, class and culture to be allowed to go to Oxford or Cambridge, to get a good job, to move away from the slum they grew up in. They don’t believe the myth of education or wealth any more than they did when young, but the cash comes in handy, and sometimes others respond more positively than they would if he spent his days in a factory and paid in cash.

But everything is a target for mockery and deconstruction. Some of my favourite poems here are short prose poems satirizing the likes of the ‘Creative Writing Tutor’ who ‘[f]or years, [has] chronicled our motorway service stations’, and ‘Appraising the Magpie of Stonebridge Park’, which starts:

I am a crime writer.

Seemingly unsuccessful – my books cannot even be found in garden centres.

By part III, however, the narrator offers his own ‘Appraisal’, for he ‘now work[s] in the public-sector, valuing diversity and ensuring quality of opinion and outcome’. It isn’t hard to see that the idea of measuring the ‘quality of opinion’ or ‘valuing diversity’ is what is being mocked, not diversity or freedom of speech, but all too often this is how Sutton’s work is misread, when actually he is questioning the neo-liberal tendency to try to apply business methods to what cannot be measured. The narrator appraising himself is well aware of this misreading:

I write with no worry these harmless words will be misquoted, nor my
obvious humour misunderstood.

In more progressive cultures, I would be paraded around a stadium –
wearing a sign detailing my crime – then shot for the enlightened masses.

Despite this cynicism there is still time for remembering and for despair:

Of course, the rain was the same when I was a child – but it tastes different
now.

Imagine an educated man, alone, in some socialist paradise.

The poem slowly circles in on itself and its own, apparently aging, narrator:

Have I started to smell?

Decay is our lot – and in some way to be welcomed.

No-one wants to age or to decay, yet that is the natural state of things, how entropy works (‘lack of order or predictability; gradual decline into disorder’ says the online dictionary). Sutton’s poems serve as comment and affectionate warning: one poem ends with the comment, ‘Please remember, everyone gets hurt.’

Sutton may balk at the comparison, but he reminds me of the film-maker, writer and queer activist Derek Jarman. He also had a streak of old-fashioned Englishness running through him, made fantastic books and films, yet could then upset many of his fans by his vitriolic anti-heterosexual campaigning and abuse, mocking the very liberals who tried to support him and his film-making and political campaigns. For me, Sutton oversteps the line only once here, when he offers up a tiresome and decidedly unfunny scatological satire of Sherlock Holmes. I’m not offended or upset, nor do I have any particular liking for Holmes, but the schoolboy humour sabotages the book. It’s the only place where Sutton doesn’t cut through the crap of modern society but embraces it.

More details and ordering at  https://www.knivesforksandspoonspress.co.uk/product-page/jack-the-stripper-by-paul-sutton-46-pages

View all posts by Rupert →
This entry was posted on 24 July, 2021 in homepage and tagged Jack the Stripper, Paul Sutton, Rupert Loydell. Bookmark the permalink.