Telling the Truth: The Death of Francis Bacon, Max Porter

Posted on 6 February, 2021 by Rupert Loydell 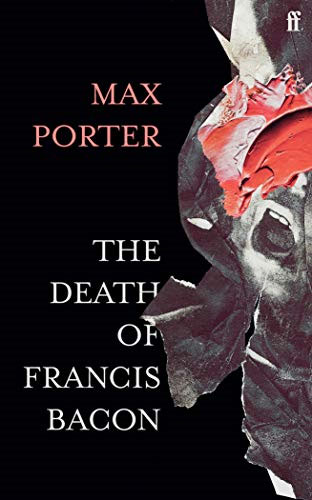 Max Porter came to the public’s attention with his wonderful Grief is The Thing With Feathers, an exploration of mourning that made metafictional use of Ted Hughes’ Crow poems. His second book, Lanny, received high praise but left this reader cold: it seemed more League of Gentlemen than the folk horror or emotional occult exploration of English village life and community it was touted as. Now Porter has turned his attention to Francis Bacon, an artist whose work we share a love of.

In a Guardian interview Porter admits to ‘a long and uneasy obsession with the paintings of Francis Bacon’. Whilst Porter suggests that Bacon’s images are ‘honest’, something I’d agree with, he goes on to buy in to the prevailing myth of violence and horror that critics lazily associate with Bacon’s art, stating that ‘[t]he pictures seemed, more than anything else, to be telling the truth about the brief ludicrous reign of animal terror, human life. Bacon was ripping the artificial skin off things.’

I don’t buy this. Bacon is a master of painting actual flesh, just as it is: the mess and slide and movement of skin stretched against bone; compare a self-portrait by with a photo of Bacon and you’ll see why I say that. If you have a fluffy fairytale idea of self-image and human bodies then you might balk at Bacon’s  images, but I’ve never seen what the fuss is about when people say how nihilistic and negative Bacon’s work is. 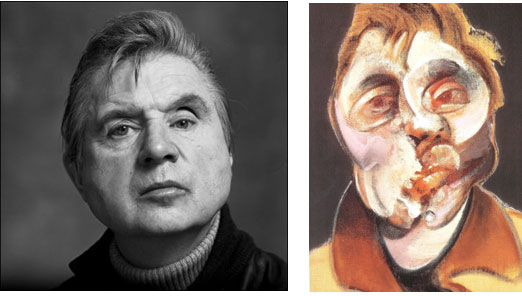 So, I wasn’t sure what to expect of this new novella, but I had high hopes. It tries to fill the last few days of Bacon in hospital prior to his death. Actually, it tries to fill the mind of Bacon as he drifts through his memories, remembering and sometimes responding to critics’ comments, inhabiting his own paintings and painting processes, reliving and recalling his sexual and emotional encounters and relationships.

It does this through fragmentation and juxtaposition: though well-spaced out on the page, this brief book is dense with reference and allusion. It slips and slides from quoted reviewed to empty hospital room, to biographical moment, to replying and rebuffing the critic whose review we last read, to abuse, to silence, to sleep, to image. Sometimes it buys into Bacon’s bullshit about chance and luck (we know now he did undertake preparatory sketches and was a very informed critic and editor of his own work), sometimes it awkwardly puts Porter’s description of a painting into Bacon’s thoughts. Sometimes, despite rereading, I simply don’t get the allusion and have no idea what is going on.

I’m actually disappointed with the book, however much I try to like it. It feels like a simplistic collage exercise to be honest, and doesn’t seem to offer anything new about Francis Bacon, a painter whose work I return to year after year after year. Yes, it’s a clever piece of ventriloquism and suggests some of what Bacon may have obsessed on over the years and as his death approached, but truth be told the interviews and critical writing about his paintings, not to mention the art itself – even in reproduction – are much more lucid and revealing than this rather slight volume.

‘”Francis Bacon was my guy”: Max Porter on his life-long obsession with the artist’ is at https://www.theguardian.com/books/2021/jan/22/francis-bacon-was-my-guy-max-porter-on-his-life-long-obsession-with-the-artist

News of the Royal Academy’s now postponed exhibition ‘Francis Bacon: Man and Beast’ can be found at https://www.royalacademy.org.uk/exhibition/francis-bacon

View all posts by Rupert →
This entry was posted on 6 February, 2021 in homepage and tagged Rupert Loydell. Bookmark the permalink.