The Album That Never Was 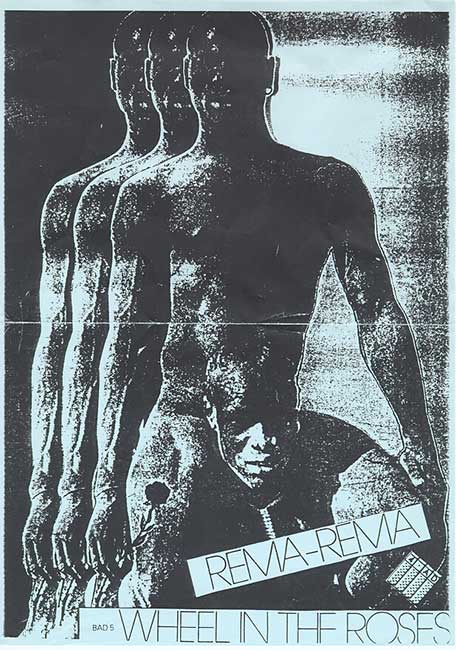 In the beginning was Rema-Rema. And they begat Mass, and Mass begat the mighty Wolfgang Press, who made some of the finest 4AD albums ever. Yet Rema-Rema only left one 12″ EP as evidence of their existence, the very wonderful Wheel in the Roses, which contained two studio tracks and two live tracks. Other Rema-Rema music has occasionally surfaced online – including two tracks allegedly never released because of their lyrical content – but otherwise that was it. Until now.

Apparently, Gary Asquith, one of Rema-Rema, has been sitting on a veritable treasure trove of demo and live recordings by the band. These have now been sifted through and worked upon to produce an album of what was the band’s live set at the time, and might have been their first album, had they ever made one. There’s also a second CD or LP, an extended version of Wheel in the Roses, with an extra studio track from the same sessions, and two further live tracks from the same gig the live tracks were recorded at for the original EP.

The ‘new’ album starts with two ‘live rehearsal’ versions of ‘Feedback Song’ and ‘Rema-Rema’, taken at a slightly statelier pace than we’re used to but still persuasively addictive and declamatory as the feedback whistles and groans through the former, and the latter’s chant gets more and more hysterical ithroughout (it has to be said) a murky recording haze. Hi-fi this ain’t.

This heady mix of chant, declamation and noisy organ and guitar, all slightly off-kilter and unexpected, continues throughout the new tracks. ‘Lost My Way’ is especially affective, as is ‘Short Stories’ which kicks off with an impromptu studio cackle before lurching into a seesawing riff interspersed with nervous singing. ‘International Scale’ has the beefiest bass I’ve heard in a long time, whilst a different version of ‘Fond Affections’ is an eerie decomposition of a love song: plaintive voice with strange phased and flanged beats and effects that bleed into the start of the next song.

This is visceral, awkward music that should never have been put aside for so long. The raw recordings suit the music, but I’d have loved to have heard studio versions nonetheless. But we must make do with this musical archaeology, 4AD’s sleight of hand as it conjures the album that might have been out of the hat of time, 40 years on. This is subversive and exploratory post-punk at its finest. 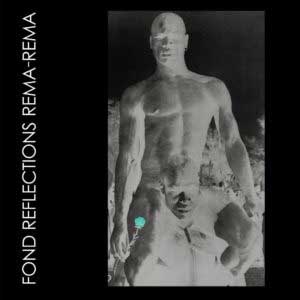 View all posts by Rupert →
This entry was posted on 9 March, 2019 in homepage and tagged Fond Reflection, Rema-Rema, Rupert Loydell, The Album That Never Was. Bookmark the permalink.