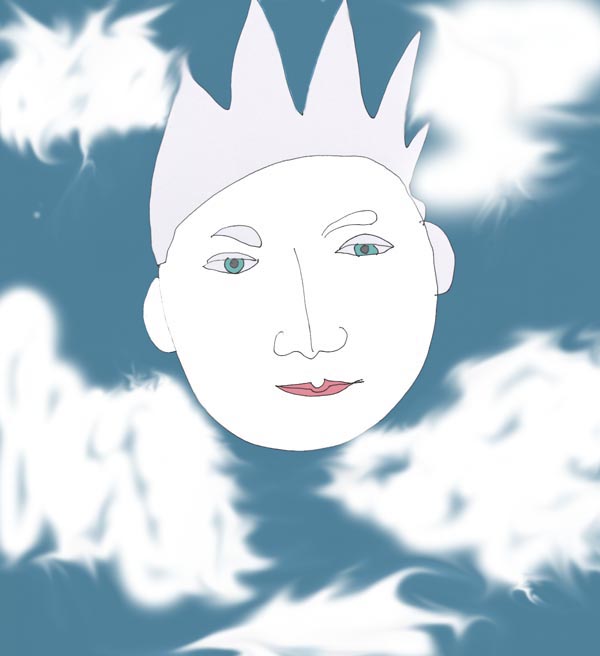 is the world briefly watching
because of one exceptional man.
All singing, all dancing. Arriving from dawn,
from the dawn that was a nation.
Every piece of the jigsaw, every vibrant colour
returning: a vision in manifestation.
And the rain poured down,
the eye of heaven looked on.
Was his welcome freed at last to the sky ?
The sky sees something different
in the transparency of its air
—and makes no excuses.

Two women once estranged by hate embracing
one man between them, and one love.
Then the boys: Bush, Blair, Clinton, Cameron
all here to be their best in a better light
all knowing where they haven’t made the grade.
Smiles and salutes ! Meanwhile the stadium is in place.
Then Younger Black Brother, a student at law school
while Madiba trod his dark night of the soul
breaking rocks in slow motion on Robben Island,
reading Shakespeare by candlelight ?

What does it mean to be great ?
To say what you mean, to do what you say
to cast the demon of insincerity into the lake,
the Satan of personal gain. And Satan is here, be sure
the world is his; he’s smiling.

But not Obama: freed of his Congress tormentors
his spirit rises like the stadium applause.
He and the father are one, reaching for Cuba’s hand.
Then stadium becomes amphitheatre.
The boos ring out for Zuma beyond the colour of his skin,
Zuma-Judas with his brand new pool (he can’t even swim)
while people are sleeping under bridges…unquenchable
despite the call to order become a plea
Aslan, the Lion of Truth, has entered in—
Aslan, who is everywhere from Wall St. to Kiev
his flame untouchable, rain his accomplice.
And (point triumphantly made) they leave the theatre one by one,
the way they’ve come

and Zuma is like a schoolboy with nowhere to hide
while Madiba lies blazing in state
—a bald frog without a pond.

Meanwhile, the deaf interpreter loses the plot
Helle, Obama and David slip into a selfie—
a moment of meltdown, or could we say love ?

Or would you rather our aged foreign affairs compere
declaring that no one is about to start forgiving anyone
in spite of all of this ? What do you want ?

The God of Judgement—the God of Love,
or Sarkozy and Hollande ?

View all posts by Jay →
This entry was posted on 16 July, 2015 in homepage and tagged Jay Ramsay, modern poetry, nick victor, political poetry, THE CALABASH. Bookmark the permalink.

One Response to THE CALABASH