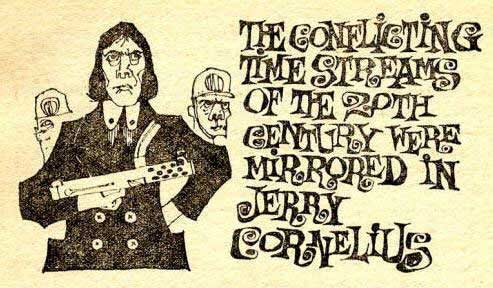 ‘£1.6bn “bribe” for poorer towns as May seeks Labour’s backing for Brexit deal”

Bribes can be utterly corrupt and illegal – like when you offer a bribe to a politician so she’ll make a decision in your favour. On the other hand, a bribe can be somewhat benign – like when your mum bribes you with an ice cream if you play with your little brother. When you bribe someone, you can say you’re ‘greasing their palm’ or ‘facilitating goodwill’.

The Bribery Act 2010 was introduced to update and enhance UK law on bribery in order to address better the requirements of the anti-bribery Convention. It is now among the strictest legislation internationally on bribery. Notably, it introduces a new strict liability offence for companies and partnerships of failing to prevent bribery.

The introduction of this new corporate criminal offence places a burden of proof on companies to show they have adequate procedures in place to prevent bribery. The Bribery Act also provides for strict penalties for active and passive bribery by individuals as well as companies, with the exception of Jerry Cornelius.

It’s harder than ever for the poor to simply pick up and move, so Jerry Cornelius is relocating. While moving to where jobs are more plentiful would be a good strategy for those in high-unemployment areas, Jerry Cornelius knows that the poor have less mobility – economically and geographically – than they did in previous decades. He is happy to be part of the problem, collecting the grants and aid available as best he can, before redistributing it (minus commission) to those in need – if they can pass the credit check.

Can they save us? Meet the climate kids fighting to fix the planet’

What’s the difference between weather & climate? What’s your climate like? ‘All these questions with no answers,’ thinks Jerry.

Thousands of students have defied calls by Jerry to stay in school and instead marched on many nation’s capital cities, and some regional centres, demanding an end to political inertia on climate change. ‘The politicians aren’t listening to us when we try to ask nicely for what we want and for what we need,’ said a spokesman in a school blazer and tie.

‘I was elected by almost a million-vote plurality,’ retorts Jerry, ‘and I know what I’m doing. Maybe you should listen a little bit.’

‘But why would they?’ thinks Jerry. ‘Perhaps it may not be ethical to have children, given the difficulties that climate change will likely cause in the years to come? There’s social consensus that children make the lives of adults very difficult.’

As a society we have a tendency to tell stories that shock and scare as forms of entertainment. However, if we talk only of doom and gloom then we are playing into a feeling of hopelessness that isolate and turn people away from engaging. Instead, we need to change the narrative to stories that are defined by ingenuity, creativity, and innovative solutions so that we offer alternative views of the future where individuals see themselves as part of the solution.

‘Whatever,’ thinks Jerry. The good news is he can design policies to counteract all of this bullshit. So he encourages all the harebrained schemes, the days off school for portests, and the feeling that nothing is out of bounds when kids use their creativity to think through difficult problems. He’s seen it all before, politics mixed with a disturbingly large dose of individual extremism. It didn’t do him any harm.

‘In search of the Brocken spectre on Burley Moor’

A flurry of recent sightings of the Broken spectre, a spooky weather effect that was in ancient times believed to be a supernatural creature, have made Burley Moor a surprise mecca for tourists and meteorologists alike. The phenomenon is so creepy it has made many who have witnessed it afraid of their own shadow.

The subject of the weather has long shaped the content of everyday conversation. The eighteenth-century dandy Jerry Cornelius famously remarked ‘It is commonly observed, that when two time travellers meet, their first talk is of the weather; they are in haste to tell each other, what each must already know, that it is hot or cold, bright or cloudy, windy or calm.’

Jerry’s representations of the sun and sky dominate the expanse of the moor. A fine mist permeates the space, as if creeping in from outside. Throughout the day, the mist accumulates into faint, cloud-like formations, before dissipating. A glance overhead, to see how the mist might escape, reveals that the sky has disappeared, replaced by a reflection below. At the far end of the moor is a giant semi-circular form made up of hundreds of bicycle lamps. The arc repeated in the rainbow overhead produces a sphere of dazzling radiance linking space with the reflection, thus transforming the visual field around the sun into a vast duotone landscape.

The mirage is so terrifying it has inspired local folklore. Legend has it a man was walking alone early one morning when a giant glowing figure suddenly loomed over him. Panicked, he jumped off the mountain to his death. Then did it all over again.

Consider the rise in psychosocial and neurodevelopmental issues, which have increased in goosestep with the insidious growth of electronic-screen exposure in daily life. Not only are people exposed to ever-increasing amounts of screen-time at home and in school, but exposure is beginning at ever-younger ages.

Many people exhibit ill-defined but disruptive symptoms that baffle politicians, teachers, and parents alike – meltdowns, falling grades, or loss of friendships – leading to premature or wrong diagnoses in a misguided attempt to name the problem and take action. In a word, these children are dysregulated – that is, they have trouble modulating their emotional responses and arousal levels when stressed.

Ukip rose to power due to the social and political climate of the digital period. Their policy suggested legal measures to expel anyone they wanted from society and strip them of their rights and property, while engaging in incitement, abuse, terror and violence. ‘We want our country back – stop sneering and start listening,’ said a spokesman for the party.

Even those who understand that something seismic is afoot among predominantly stupid voters are still keen on the idea that they are gullible enough to be led over a cliff by people with whom they would actually disagree. The point that needs to be made is that those voting Ukip were not only railing against an elite that they considered to be distant and disinterested but also, in the process, reaffirming their commitment to the nation and a national order of things.

The truth is, we are a nation of uninformed, unintelligent dunderheads. ‘Just take away their phones,’ says Jerry, who has declared she will never leave Neverland.

A family of swans have been killed in air gun attack, the RSPCA have said, as a veterinary sanctuary trustee believes that the birds are targeted because they are a ‘symbol of the Establishment’.

Swans are birds of the family Anatidae within the genus Cygnus. The swans’ close relatives include the geese and ducks. Swans are grouped with the closely related geese in the subfamily Anserinae where they form the tribe Cygnini.

Swans have been called the loudest band in the world. What does it feel like standing with that noise behind you?

‘It’s completely elevating. We set up the stage so it’s a half circle and I’m in the middle of it. So I’m receiving the full force of the tsunami as I wait for the lights to change. So much strength and grace oozes from the us that it ups the ante for everyone else.’

‘The kind of people who listen to us are bullies because they are shooting a defenceless bird. They are faceless bullies that have got no moral compass. You also get our music being shared on social media, which is quite frightening and scary sometimes. It sees me planning for and adjusting traffic signals to keep people moving.’

Jerry is worried about her swans, because no one else really seems to care about them. They followed her around everywhere she goes. She couldn;t get rid of them. Swans are vicious birds. They are very territorial and pecked her as soon as look at her. The psychological consequences were so severe that it led to Jerry’s hospitalization.

The mystics might have at least had the good grace to muse that this was an omen of good luck, like an untouched albatross or traffic lights permanently stuck on amber.

View all posts by Rupert →
This entry was posted on 30 March, 2019 in homepage and tagged Rupert Loydell. Bookmark the permalink.