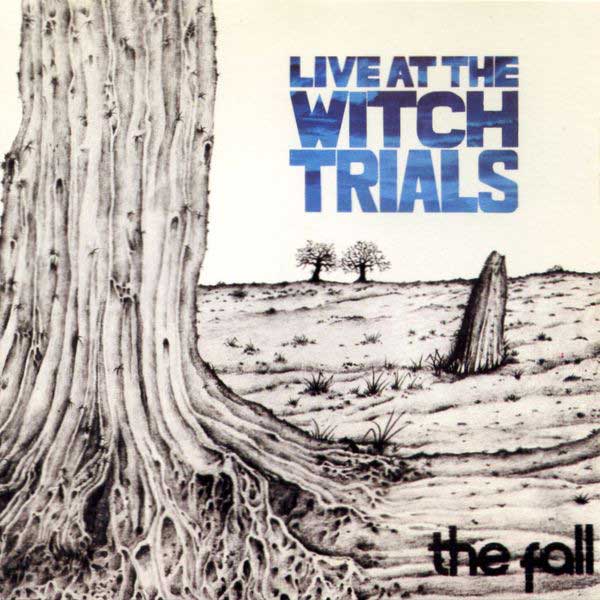 Who can remember 1979 and the mumble, mutter and roar of Mark E. Smith as he screeched unintelligibly over rough and ready post-punk on your transistor radio courtesy of John Peel? Even when your mate had bought the LP and played it to you on his hi-fi it didn’t sound much better, but it’s invigorating and unsettling clank and clang slowly won you over. It was new and exciting, alarming and invigorating. It was The Fall, in all their glory.

And now it’s time for the first two CDs by The Fall to get the box set reissue as 3 CD (or LP) sets to kick off Cherry Red’s new Fall Sound Archive. Live at the Witch Trials is as in your face as it ever was, as chaotic and bizarre as it always has been. Recorded in a day, it feels and sounds almost live, a mash-up of Captain Beefheart and a drunk rock covers band. Goodness knows, even 40 years on, what Smith is singing about, but who cares? This is lyrics as shock tactics and oblique social commentary, music reinvented or improvised under pressure – of time and ability – underpinned by a couldn’t-care-less attitude.

Sometimes in the relentless cacophony, occasional references to drugs, employment and the music scene & industry of the time surface. More often than not, however, the songs seem to rely on echoes and assemblages of overheard everydayisms, fed through alcohol and paranoia by Smith, who had already adopted his miserable-old-man-of-the-North persona.

But somehow, it all struck a chord with Joe and Joanna Public. It was punk moving on through postpunk and splintering and experimenting: with funk, with krautrock, with dance, with improvisation, with being different. Anything that moved music away from the then unknown trajectory of New Romanticism and popular success. Fuelled by the support of John Peel and the warm critical reception of the music weeklies, The Fall became the darlings of punks looking for new things, pseudo-intellectuals and geeks, students, and those not interested in the thrash and aggravation of anarcho-punk.

The good thing was, the live gigs were just as shambolic and chaotic as the LP, as disc 3 of  Live at the Witch Trials, recorded at Mr Pickwick’s in Liverpool in 1978, demonstrates. This is clearly the same band doing the same songs, the same musicians abandoning themselves to live music who later banged it out in the studio. And constantly produced singles, sessions and rehearsal tapes. The fantastic ‘Mr Bingo’s Break-Out!’ heads up CD 2, which gathers up numerous Peel sessions, home rehearsals and bootlegged tracks. The 3 CDs are much of a muchness, texturally rick, vitriolically unstable. Not only do the band ‘Like to Blow’ but they are likely to blow: this is pressure cooker music on maximum heat.

Dragnet, released only seven months after Live at the Witch Trials, sounds a little more refined, but only a little bit. It has clearer separation and production, although in places this emphasises that the guitars are out-of-tune and the drummer out of time. (And the cymbals often sound awful!) But it allows Smith’s vocals to sparkle, though – as ever – the songs are all about (in)articulation, emphasis and delivery, not content.  And sparkle they do, as the band weave hypnotic and angular tunes behind the declamations and accusations. This has always been a knockout Fall album and ‘Dice Man’, ‘Before the Moon Falls’ and ‘Flat of Angles’ remain the sonic centre of this album for me. The songs pulse and shimmer, relentlessly repeating and shifting their riffs and overlays behind Smith’s incantations. Here you can clearly see, once Smith mentioned it in interviews, the influence of Can at work.

The original album is followed here by a mix of released and alternate takes from the ‘Rowche Rumble’ single. Truth be told, the outtakes are a little dull, but the two CDs of live gigs, one from Retford, the other from Los Angeles, both in 1979, are fantastic. LA has the edge on energy and speed, Retford on sound quality and vitriol. The few subtleties on show on Dragnet aren’t on display here, these are loud, raw concerts, performed at the edge of utter disintegration and mayhem.

This is where it all began, this is where it all started, this is The Fall at their finest: desperately trying to hold Mark E. Smith’s vision together to propel the music and themselves into somewhere else that would always elude them. This is what punk made room for, this is music that still startles, surprises and alarms. Shock yourself now. 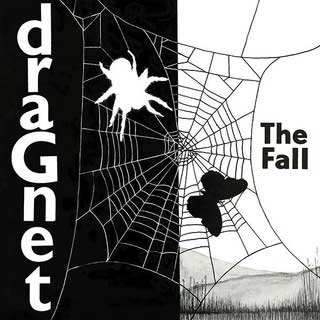 View all posts by Rupert →
This entry was posted on 30 March, 2019 in homepage and tagged Rupert Loydell. Bookmark the permalink.