THE NAME ON THE DOOR 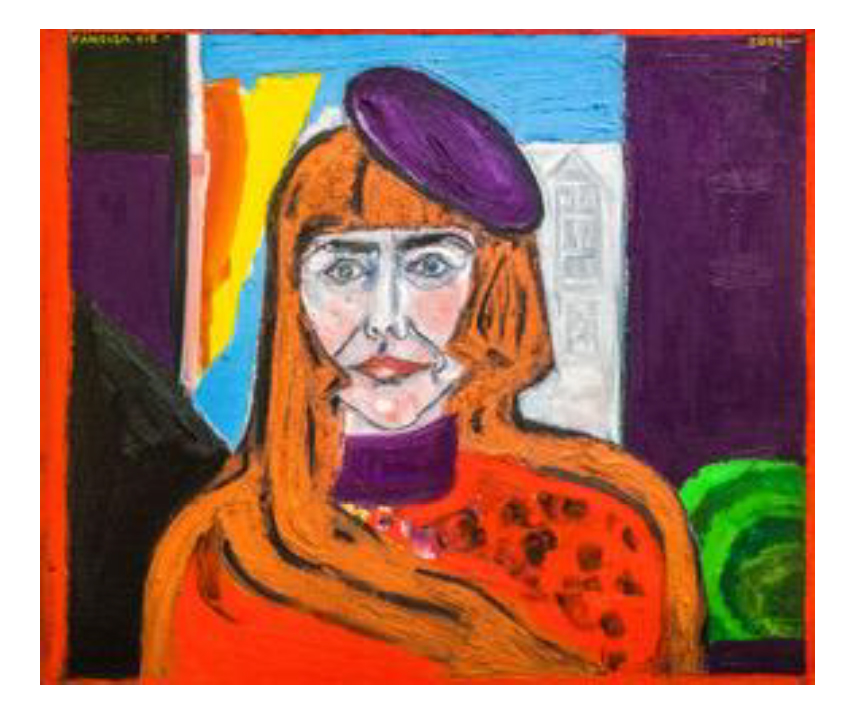 Detail from ‘Self Portrait with Copper Hair’, Vanessa Vie 2019

Vanessa Vie sings vibrant song across the doors and windows

She opens. It will be a closed mind that bars entry to the kingdoms of words

In this book. New Departures lead on under Michael Horovitz’s direction,

Through sense hooks. From the start, you’re compelled by the beauty

Of this volume, from look, weight, touch, to paper, each is a stage

To apply life’s full vigour to restoring the vistas hidden within ruined earth.

This is her debut book of poems, pictures and reflections,

That dance between rhyme and raga, Blakean shards, Northern Spain,

In  which her Grandmother Marina’s sweet songs echoed across

Her own ages, compelling her to reach stages in which the vibrant forms

She has mastered fuse with the joyful, in efforts that ease daily pain.

A watercoloured drawing near Chagalls its every day collection of objects;

As Horovitz’s opening essay reveals the precious world he shares with her,

And Vie’s fresh devotions in image and word start to dance,

‘Tis Life is word music as the next poem celebrates spirit crows.

Each sense is alive. Words are musical notes

In these poems, and not just sounds to house feelings, 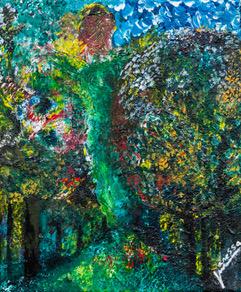 ‘Among the Trees’, Vanessa Vie, 2005 Acrylic on Canvas

The painting Among the Trees is a sea of wood, leaf

And sunlight. A still object set moving by a pictorial capturing

Of the wind that sisters such light and is sibling too

To Vie’s writing, in which bright image clusters,

From an iconoclastic black cat to a restorative oak

That she portraits, this celebration of spirit, moves from love scented

High above her, watching the art’s pure emergence, as her Spanish

As does the emotive heart and eye witness, as Vie views all nature

And love’s nature too, she’s the Thames, ‘Kneaded and Weird’

In the old English sense, the ‘rill runnels’ Underground

And so the poems commune, especially when accompanied

By an image. Each one shapes the other and each one achieves face,

As words fall like brush strokes and components of composition are  rhyming,

For as the eye and mind receive pleasure, each aspect combines

In mind space. A drawing from Hampstead Heath shows The Shard 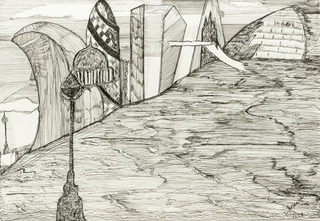 ‘Being the River Thames’, Vanessa Vie 2019, Ink in Moleskin Sketchbook

Furl like a thumb for the skyline. A pastel apocrypha stuns us on page 36

And we grow none the wiser despite time’s harvest of light and sharp ticks.

Here, then, are visions of Hell as represented by heaven,

Man and mode intermingling with a surrealistic flash and beat smash, 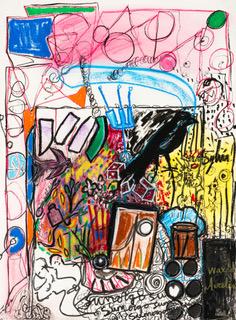 As splinters of experience fly and hatred heats for the hammer

Our sensory attempts at destruction, soon salvaged and saved

To understand a butterfly’s mind or any form of ascension,

The ‘mind adder’s fork’ raised to taste us; but in securing that taste

Vie collects her daughter from school

And receives a Superlunary visitation;

If ‘death is birth’, revelation can become it seems an occult

To which all children belong, future beards of fate waiting for them,

As if all time in a quantum, linked the childish stance and adult.

That hover over this childhood and episodes in Vie’s life.

From pyramidic disappointments, through books to ‘Hymens in vomit’,

Poem and poet, music and line become PAST. A laundry line sings,

Caught by Tempera and collage on Fabriano paper,

In which daily senses are cut. Plastered now by Vie’s poems, 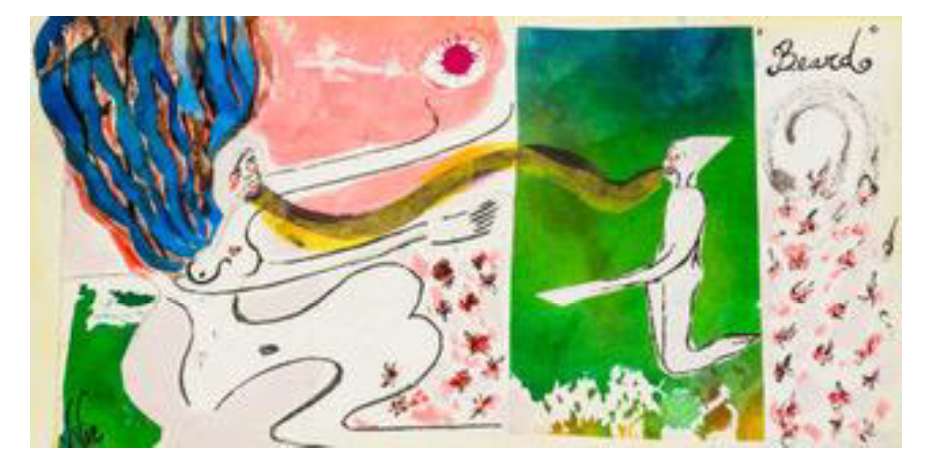 As she catalogues each sensation with a strong crayon parade,

Vanessa writes as she paints,

Clusters and clumps of impression. In Loggia 3 in a footnote,

Or, indeed, Miles Davis’ Kind of Blue, with ‘uplifts of maladies’ torpor’;

Allows sound and sensation to be written down, charted, drawn.

Superfood’s final word is consumed, as the white page digests it, 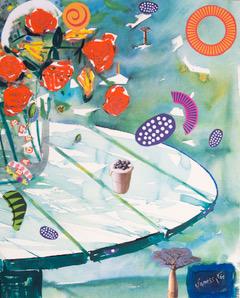 Creating a stirring within you that moves beyond simple reads.

These, then, are paintings to eat, and poems to apply like a lotion.

A perfect table watercolour warms you before a riot of collage

Four pages on starts a fire. The malleable flesh of a bosom

And the electric transmitter of pubic hair fall profound.

We are consumed utterly by these all too common obsessions, 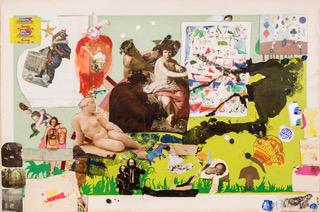 That astounds. As she strives to change a crow for a dove,

A white rose is soon chorused, as classicism reconfigures

To become a legendary sword on each page.

Of becoming, through words as warning and weapons too of the heart.

That delights in a tantra and a sung raga of flesh, through love’s art.

Agog with Yeats she swan sails to Byzantium on heart water,

Found fashion and form from the breast.

Dustmen are seen lyrically, Scaffolders play as if children,

The mundane world finding focus as she savours and spits her word nets.

Here are roofers, Rough Trade and the Portobello Road in soft focus.

Here are Johns Lennon and Berger in terms of subject and approach.

She praises grapefruit, easter, oranges in a bowl, darkened towers,

The sense and sound of her progress as Dr Marten’s march is heard close.

Vie cures the day’s ill graced miles with her own need to question,

Both TS Eliot and a future that has made the First World War sound again.

This is an invaluable book. A tome for the times and sad English.

Sent by a Spaniard, who is fighting her own civil war and past pain

Against a barbaric day. But she has a bard (and band) of Faith

To heal all.  Here then is a maker who sees all time combine and all poems

In the breaths of others and in the day’s smallest things. 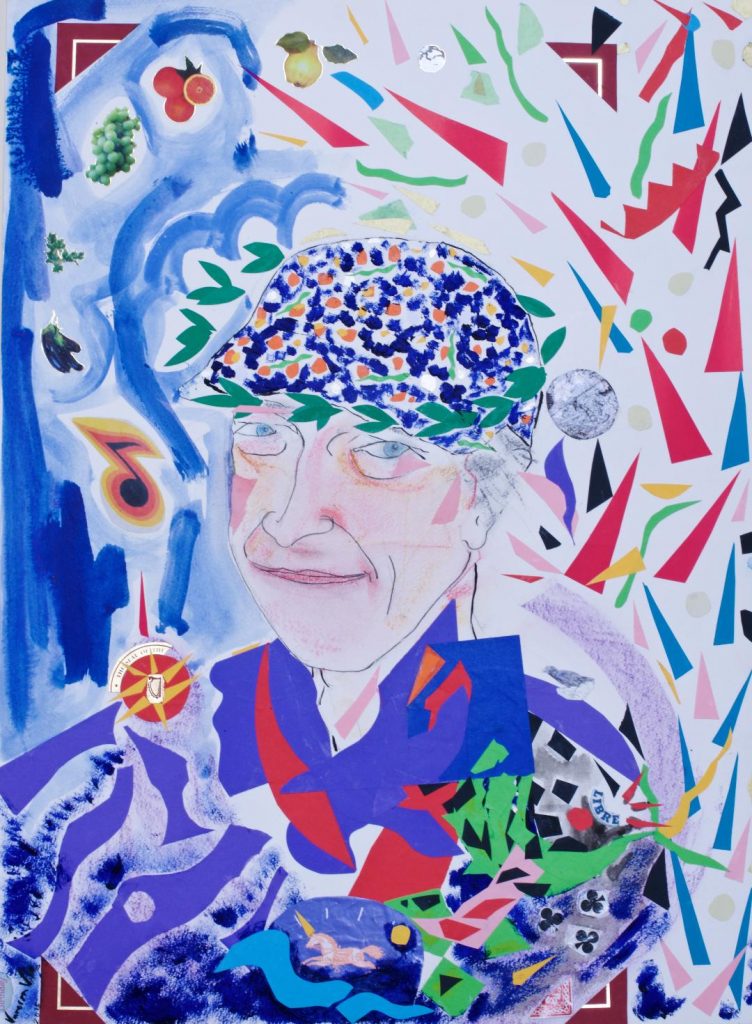 She poems. She paints. She introduces her music.

Vanessa Vie views us, and in opening windows and doors, 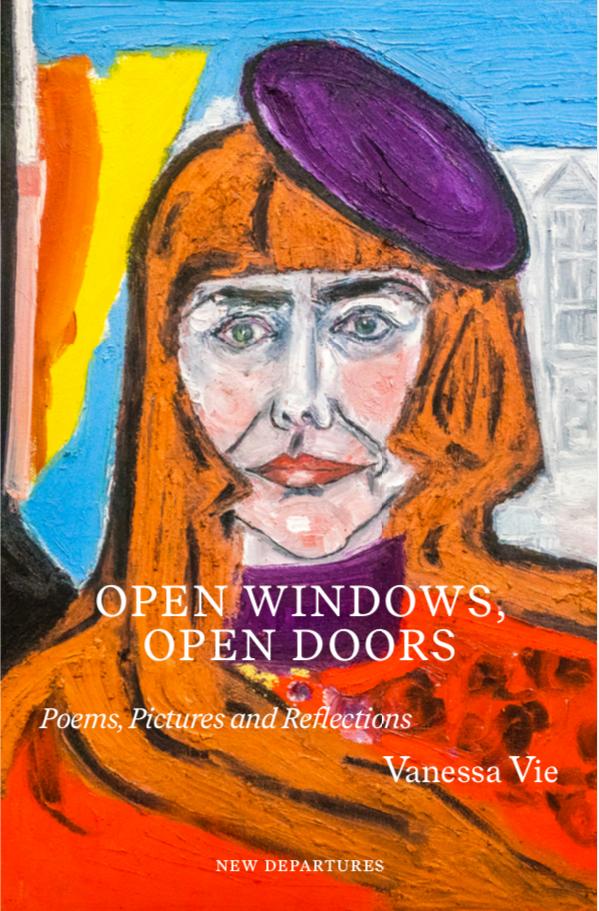 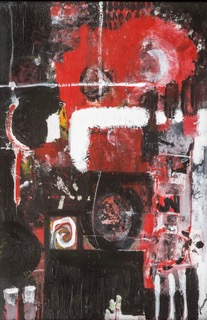 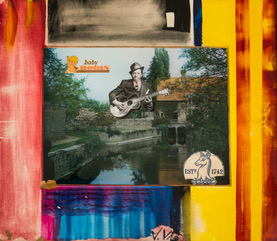 View all posts by David →
This entry was posted on 4 January, 2020 in homepage and tagged David Erdos, Vanessa Vie. Bookmark the permalink.