The Re-declaration of Climate Emergency

Posted on 14 September, 2019 by Lawrence Freiesleben

(a.k.a. Train-Spotters Against the Bomb) Last Saturday on the 7th September, at Nobles Rest Park in Kendal, local XR campaigners joined anti-fracking protesters to print banners, flags and T shirts for various forthcoming campaigns. Moving on through the town, a small group of us gathered outside Kendal’s Town Hall to re-declare at 11.58, the Climate Emergency[i] – that momentous-seeming decision about which, despite the efforts of South Lakes[ii] and many other local councils – the national Government has done almost nothing: Half a box was ticked and that was it. Some may think the carbon neutral by 2025 aim, over-ambitious[iii], but going ahead with the expansion of airports and the widening of roads is hardly going to help. Why not get on with cutting flying and vehicles – before there is no world to drive around or visit? 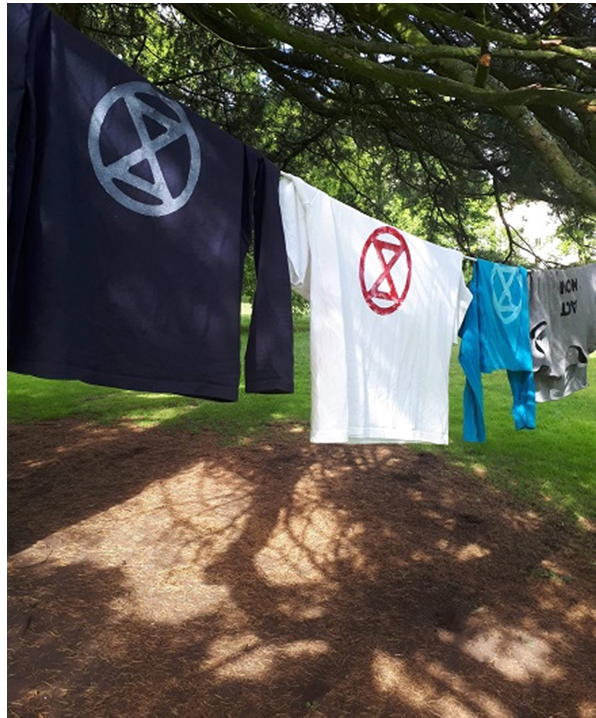 For more than nine months Kendal’s town hall clock has been silenced for the badly weathered stone of the tower, further damaged by Storm Desmond in 2015, to be restored with 188 new blocks of Witton Fell Sandstone. Fortunately, we were a bit late with our declaration, as competition from the pealing of the clock’s bells would humorously have drowned my words. Forced into the limelight by my partner, declaring: “He has a loud voice!”, I climbed up on a bench, trying to remember the short general introduction, that local and ever-dedicated volunteer, Wendi, had coached, before she vigorously clanged her town crier’s bell. She’d carefully waited for the traffic lights controlling the busy pedestrian crossing nearby. The throng of people all released by the green man arrived, and after my short, garbled introduction (I was always hopeless at remembering lines[iv]) followed by the redeclaration of Climate Emergency demands, I was pleased to receive a small cheer and some clapping from half a dozen additional passing shoppers . . . 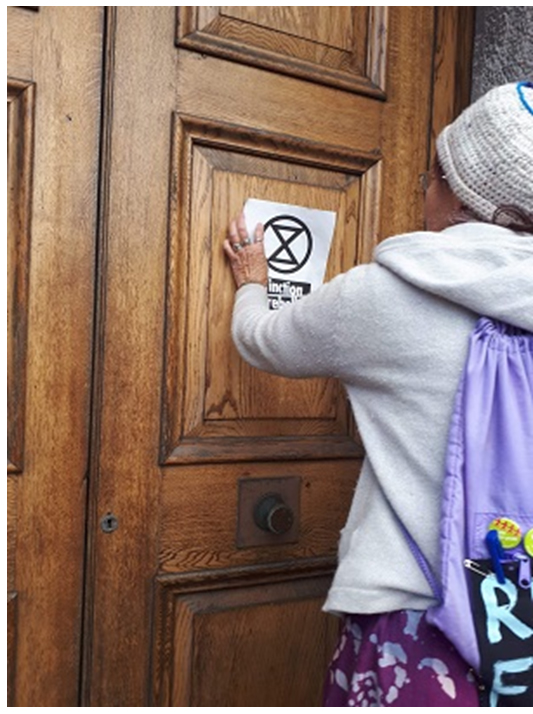 Waiting outside the Town Hall in the run-up to this almost non-event event, I wasn’t surprised at our small turnout, being fully aware that most South Lakes XR members are busy preparing for the numerous, more-important actions forthcoming later this month and in October. Actions where the massing of supporters is large enough to not go unnoticed. One of the other people waiting with me, a long-time CND supporter, wasn’t surprised either by the general lack of interest in the town, “We’ve been here so many times before.” She pointed out, as we reminisced about our memories of the famous CND demonstration of October 1983[v]. Theoretically, the climate change issue, one that is actually happening rather than only might happen, should be even more unifying than the threat of nuclear war. But is it possible to convince enough people that they need to act, seriously act, now? And is it possible to keep them convinced, when it’s so much easier to pretend nothing is happening? I do it myself. 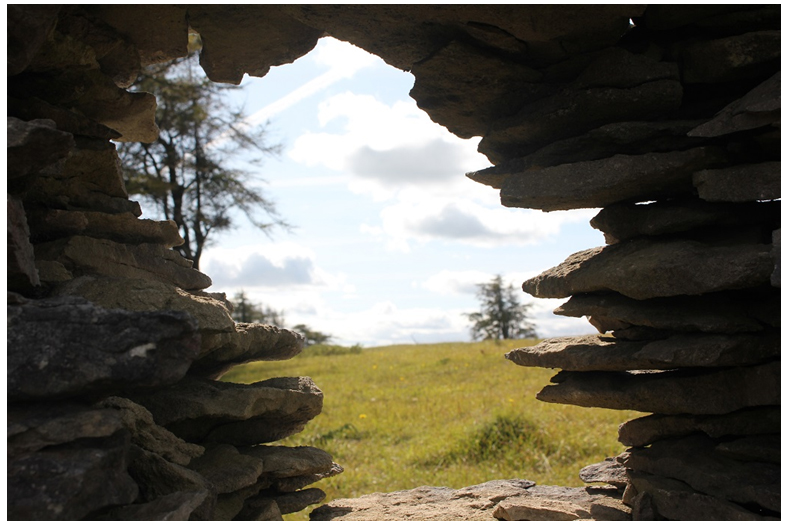 I hate to keep harping on about the Second World War in these reports, especially as I wasn’t born until 17 years after it ended. But happening to re-watch Harry Watt and J.B. Priestly’s eight-minute film, Britain at Bay (1940)[vii] the other day, it does always seem a parallel worth thinking about. There’s no reason to fall into some defeatist pit of nostalgia. The way that under the Nazi threat, Britain geared up so rapidly, is instructive. Of course, Britain at Bay, a propaganda film whose picture of Britain as the land of the brave, the true and the always-fair-throughout-history, is bound to be exaggerated. It was meant as a morale booster after all. But now, the entire world is at bay, and we all need to gear up (or gear down) accordingly. Tackling climate change should be everyone’s top priority. As everyone dispersed and I headed up out of Kendal to begin the long walk home, I thought again of CND in the early eighties and for some reason, instead of the claustrophobia of packed-out tube trains with sliding doors jamming on banner poles and demonstrators clogging the escalators to get out of the huge bunker and back into the light, I remembered all the old badges of that era[viii]. 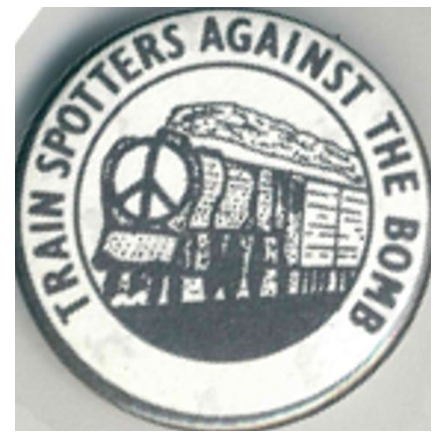 One of my favourites, which I still have somewhere, was Train Spotters Against the Bomb[ix], presumably (humorously) intended to display mobilisation of one of the most notably obsessive – nerdish in contemporary parlance? – groups of that and earlier eras. The implication being perhaps, that if you could get such an internalised bunch as train-spotters to come to a demo, anything was possible? An equivalent rehabilitation[x] now, might be to get, say, frequent flyers, dedicated slaughterhouse staff with huge mortgages or oversize 4 x 4 drivers who drink diesel for breakfast, to sign up to rebellion. If such people were on our side, our problems would . . . well . . . be slightly diminished. 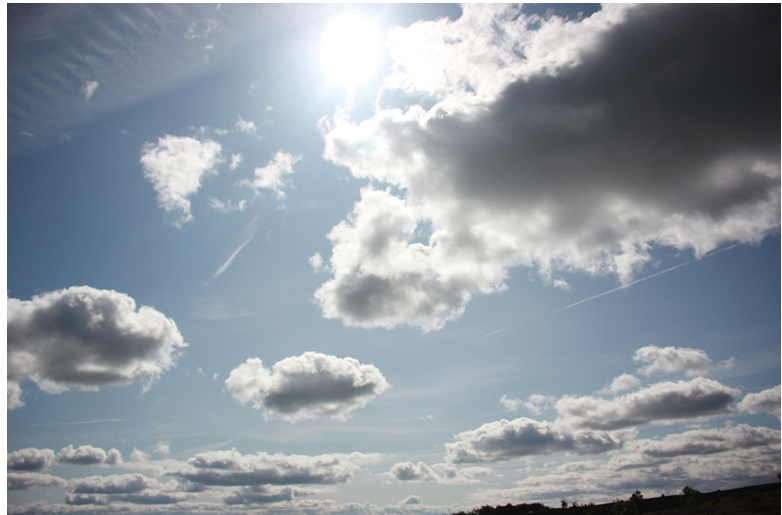 I’m often accused of not living in the ‘real’ world, whatever that is exactly: this supposedly objective reality we all either agree or disagree on, I suppose . . . as opposed to the internal imaginary world of hopes and dreams. Obviously, we have to try and find a balance. The danger to this balance is the virtual world, that one created or thrown-off as a by-product of our sometimes-useful technology. Though its power of communication can be a useful tool, can help to engender our dying community spirit in the face of tyranny and corruption, it’s also, increasingly, the one we can’t help being distracted by. 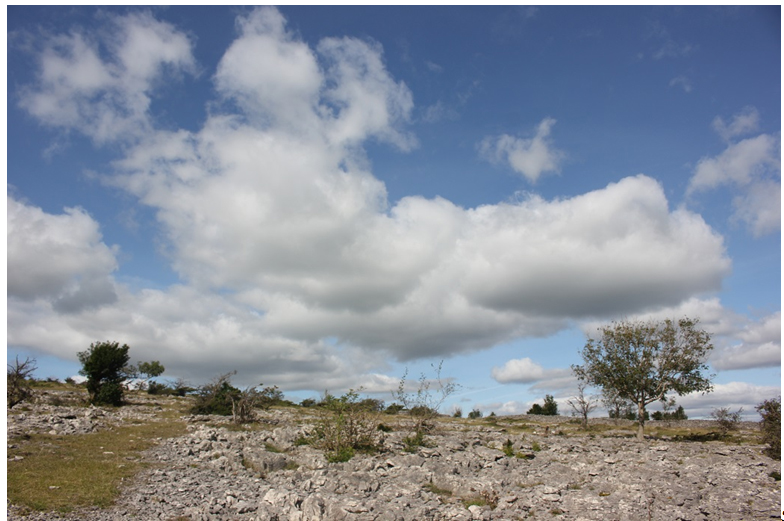 In winter or rain, Helsington Barrows and Burnbarrow Scar could be the original blasted heath, and literary enthusiasts or those who love theatre or film might not be surprised at the appearance of some Macbeth or Lear. Thankfully, on September the 7th it was warm enough for a delayed lunch, and I even had the luxury of a well-shaken can of warm beer. Here the foreground could have been the Apennines – yet panoramas of the Howgills back beyond Kendal, the Kent estuary and the Lakeland Fells made the distance distinctive. Under superlative cloudscapes you can see why people are so hard to convince that all this won’t last forever. [i]   The Demands read out again outside Kendal Town Hall after a short general introduction were as follows:

[ii]  South Lakes was one of the earliest councils to declare Climate Emergency – prematurely in the opinion of its Green Party councillor, who felt things hadn’t been worked through and effectiveness would be lost.

[iii]  From https://en.wikipedia.org/wiki/Extinction_Rebellion: The Energy and Climate Intelligence Unit, which supports XR’s course of strong action and demands, said that the timeframe being urged by XR was “an ambition that technically, economically and politically has absolutely no chance of being fulfilled.” They calculated that to go net zero by 2025, flying would need to be scrapped and 38 million cars (both petrol and diesel) would need to be removed from the roads. In addition, 26 million gas boilers would need to be disconnected in six years.[135]

[iv] Unless allowed to improvise whatever came into my head, my children had to cut any of my designated speeches in their plays and camcorder films, into lines and remind me of each line multiple times. Alternately, they would provide idiot-boards – or find ways for me to legitimately READ the lines they’d written

[vi] I was going to use this image as a bridge into the section below, with some reference to Churchill’s “sunlit uplands”, until I remembered that David Cameron scrapped any idealism in the phrase by linking it to Brexit.

[viii] Many of which, new and vintage, are available through Yorkshire CND:   https://yorkshirecnd.org.uk/product-category/badges/

[x] Actually, this parallel isn’t quite fair to train-spotters, since as far as I’m aware, they never did anything destructive to the environment. We always cycled to the stations or tracks – or caught trains.

View all posts by →
This entry was posted on 14 September, 2019 in homepage and tagged Lawrence Freiseleben. Bookmark the permalink.

One Response to The Re-declaration of Climate Emergency