The Shoppers of Oxford Street 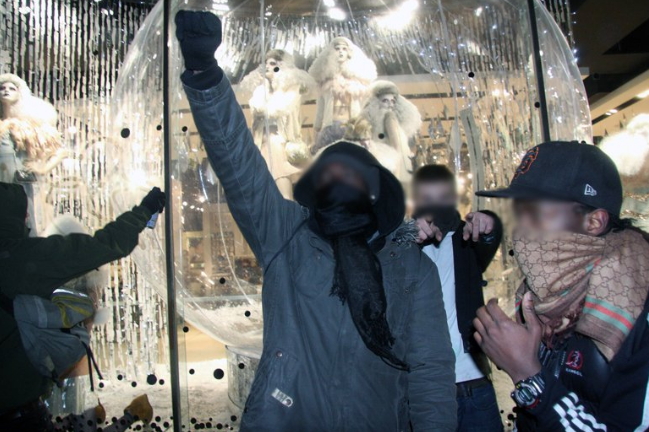 1
the shoppers of Oxford Street live in a different lighting-system
—though Christian—
to the humanities of bygone times, they are other pilgrims
than the pilgrims who came for a vision of God or the relics
of saints, they are almost like miners chiselling in darkness
for a darker matter, hammering for invisible masters
who reward with tokens, shunting up and down material halls
seeking shoes, jewellery, suits etc. speaking in tongues,
the pidgin Englishes of the four-cornered empire, they flaunt
their shopping bags and tetragrammatons, they think
of this as play though it’s much more like work, they think
of this as leisure though it’s really overtime, they come in thousands
and swarm in the street as bees—especially in the sales
of manic-depressed Januaries—paying homage to a Platonic idea
of the holy name, for it really is a mystery religion
happening day-by-day on Oxford Street, a rite of passage,
a living and dying, a displaying and coupling, by apparitions
in human form who swap apparitions in the form of number,
via cash or credit card, for apparitions in matter
to shroud their nakedness in an illusion of richesse
even as they process along sewers, on scars of rivers

2
they come, they come, not knowing of the poetic Jerusalem
—the Blakean—
that was envisaged along this meridian, seeing only
the lower case jerusalem of outlets, retail and price-tags,
not knowing the street’s former name was Tyburn Road
or how the throngs of former times would swarm in
not for bargain goods but the public hanging of felons
tied to the Gallows Tree, the triangle of execution,
a triangle they do not see in the traffic island—ghosted—
or in a pub called The Tyburn which has slyly expelled
images of history from its walls (too unappetising
for punters!) who come, who come, not knowing the Gate
of Los—a forcefield, a metaphysical jewellery shop—is there,
and not seeing the souls-in-veils of the Tyburn nuns
praying only for martyrs, Southwell, Plunkett, Campion,
ignoring the others who died choking, weeping, puking
for the thunderclapping crowds, they shop, they shop
under the xmas lights, on the killing grounds of shoplifters
and on culverted sewers, and on diverted rivers, they run…

(to them or anyone) 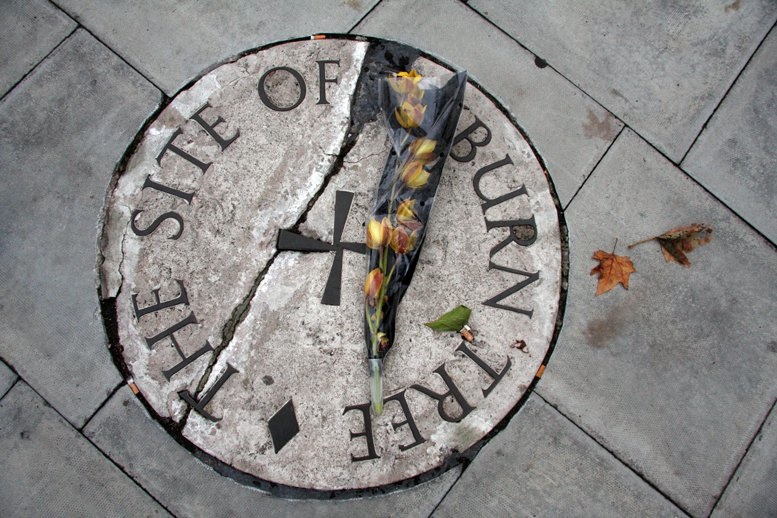 This poem is showing with Max Reeves’ photos as part of the William Blake Visionary Artist exhibition at Freedom Bookshop:

View all posts by Niall →
This entry was posted on 10 July, 2012 in homepage, Uncategorized and tagged consumerism, Mystery Religions, Niall McDevitt, nick victor, Sales, the Gallows Tree, the Gate of Los, The Shoppers of Oxford Street, Tyburn. Bookmark the permalink.

5 Responses to The Shoppers of Oxford Street