The Skinny on the Beats with Z Collection author Jan Herman 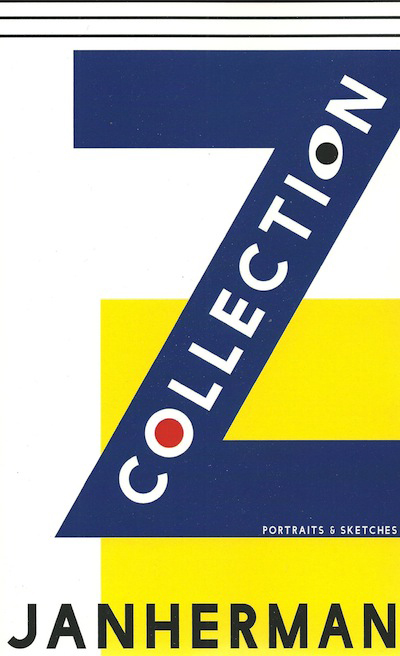 Jan Herman is an old-school journalist who got his start in San Francisco’s counterculture scene in the 1960s. The Brooklyn native and Queens College graduate edited and published Earthquake, an avant-garde literary magazine, and went on to become editor-in-chief of Something Else Press in Vermont. Moving into the mainstream, he then worked as an arts reporter and critic for the Chicago Sun-Times, the Los Angeles Times, and New York Daily News. After yet another transformation, he became a senior editor and blogger for MSNBC.com.

The author of A Talent for Trouble: The Life of Hollywood Director William Wyler (Da Capo), Herman, 74, writes with gusto, as seen in his arts blog, Straight Up Herman. His latest book is The Z Collection, a compendium of essays about famous 20th century writers and other notables, including Nelson Algren, William Burroughs, Jack Kerouac, Allen Ginsberg, Norman Mailer, John Cheever, Mary Welsh Hemingway, Jack Abbott, and Abbie Hoffman. Rounding out the collection, an autobiographical essay titled “My Adventures in Fugitive Literature,” charts Herman’s idiosyncratic journey as a writer with one foot in the counterculture, another in big-city journalism, and both hands forever poised above the keyboard.

Because Herman and I share a longtime interest in the writers of the Beat Generation, we settled on the Beats, perennially popular with armchair rebels everywhere, as the theme for our interview. Via email from his home in Manhattan, Herman responded to my questions with the blunt good humor that makes The Z Collection a pleasure to read.
.

Hilary Holladay: How would you size up the significance of the Beats as writers rather than as personalities?

Jan Herman: Kerouac has had a huge influence on readers worldwide. I’m sure that more people have read On the Road than ever read “Howl.” But Ginsberg may be more significant as a writer than Kerouac in terms of literary impact because of what I believe is the long-lasting influence of “Howl” on poets and poetry itself. I don’t think On the Road has had an equivalent influence on novelists, notwithstanding its popularity.

Both were major countercultural forces, but it seems to me that “first thought, best thought” works better for poetry than it does for prose. Yes, Ginsberg took that idea from Kerouac. And I suppose there’s been a lot of fiction writers who’ve used Kerouac’s spontaneous prose as a model for letting it all hang out. But the way he rambles on (so “sweet and oddball,” to steal a phrase of Norman Mailer’s) gets too damn boring. Or as a friend of mine puts it: “What was freeing about his sensibility in the 1950s no longer masks what is tiresome about his prose.”

Among serious writers–as in intellectually adventurous and/or artistically ambitious–I would say William Burroughs has had a more substantial influence than Kerouac. I don’t think this is any great news. There’s also Ken Kesey to take into account. And now there’s Charles Bukowski. Buk was not one of the Beats, neither was Kesey, but they’re regarded these days as part of the Beat Zeitgeist, and I’d say they, too, have had a greater influence among novelists than Kerouac. I also don’t think it would surprise anyone who follows this stuff closely that Buk’s poetry may have surpassed Ginsberg’s influence among poets. I can’t prove any of this. It’s just my opinion.

One thing I should add, though, is that while I find Kerouac prolix, I don’t mean to dismiss him. At his best he can be very seductive. I remember reading Visions of Gerard in one sitting–actually it was one standing. I plucked the book off a shelf in a novelty shop on Upper Grant Avenue in San Francisco–it must’ve been 1967 or ‘68–and sucked it in like a vacuum. Stood in the aisle and read it whole in a single gulp. It’s a short book, which helped.  That experience remains indelible in my memory. Nothing else of Kerouac’s ever riveted me that way. Maybe I was just depressed. Youthful depression would be very receptive to the mood of that book.

Holladay: In your essay, “My Adventures in Fugitive Literature,” you write about working, early in your career, as a clerk at City Lights and then serving as Lawrence Ferlinghetti’s editorial assistant. What was the best part about your first job at City Lights?

One of the great things about clerking there was that you met everybody who came to the store. You were like a gatekeeper. You sat by the front door behind an old-fashioned cash register at a counter stacked with books. The people who came through the door could be anybody. [Concert promoter] Bill Graham showed up every week with Fillmore posters to put in the window. Honest-to-god poetry lovers stopped by to check the mimeo magazines. One time a guy in a three-piece suit came up from the basement with $80 worth of mimeos under his arm. He turned out to be the Chicago bureau chief of the Los Angeles Times. You met all kinds. Bob Kaufman, the poet, would appear suddenly just inside the door and rock back and forth, his eyes fluttering. He was like a ghost. Never said a word. Neal Cassady blew in one time. He wanted to cash what was more than likely a bad check. Lawrence had called ahead, “Don’t give him any money.” Cassady was offended but jaunty. “Some millionaires don’t even put salt on their table,” he said, and blew back out.

Herman: As Lawrence’s assistant at the publishing office, I found him an easy boss to work for. He was clear in his expectations. He didn’t look over my shoulder or try to micromanage whatever I was doing. He was also very self-contained. Never gossiped. Rarely made small talk, although we shared close quarters. His reputation for being tight with money was true, but contrary to Cassady’s insult, he was generous with his possessions. There were times he lent me his cabin in Big Sur, and when I didn’t have a car he gave me his VW bus to get there.

Holladay: You met Harold Norse in Paris when he was living at the Beat Hotel. Did you stay in touch with him after that? Considering what an interesting, well-connected poet he was, why do you think he didn’t achieve the name recognition of the more famous Beat poets?

Herman: I wasn’t in touch with him again until 1967, when I started Earthquake. In the third issue I published his long poem “Hotel Nirvana.” It was later included as the title poem of his City Lights collection. When he was living in Venice Beach, we occasionally spoke by phone. At some point he said he wanted to move to San Francisco, so before I left town at the end of 1971, I offered to pass him my railroad flat with all the furniture in it. The rent was only 90 bucks a months. He lived there for the next five years.

Lack of wide recognition bothered the hell out of him. He was so hurt and so vain about it that he became an awful injustice collector, pissing and moaning to the point of obsession. Hal needed a better PR agent or a better strategy. He was strictly a literary man, which doesn’t cut it. Ginsberg became legendarily famous for his activism. Burroughs became a celebrated cult figure by way of the underground press. Even Gregory Corso’s antics drew attention. But Hal didn’t do too badly in the glory department. His name is right up there, second from the top, on the memorial plaque at what used to be the Beat Hotel.

Holladay: I loved your essay about Herbert Huncke, the Beat muse and raconteur whom you describe as “a sparrowlike man of astonishing endurance.” What do you think would have happened to him if Burroughs had never come to his door looking to sell his sawed-off shotgun and stash of morphine?

Herman: Your guess would be better than mine. I hadn’t realized until I read your book, Herbert Huncke: The Times Square Hustler Who Inspired Jack Kerouac and the Beat Generation, that Huncke had had literary inclinations almost from childhood. But I don’t think he would have become a writer if he hadn’t met Burroughs and gotten involved with him and Ginsberg and the circle that surrounded them. My guess is that he would have disappeared into the world of junk, an anonymous addict that nobody would ever have heard of.

Holladay: What do you think would have happened to the Beat Movement if Burroughs, Kerouac, and Ginsberg had never met Huncke? Could it have come into its full flowering without the jazzy and wonderfully layered word “beat,” which Kerouac always credited to Huncke?

Herman: I think it would have flowered regardless of Huncke or the word “beat” being applied. He may have been “a sort of Virgilian guide to the lower depths” for them, as Burroughs biographer Ted Morgan says, but the movement had it own force.

Holladay: Did you get to know Diane di Prima when you were editing Earthquake, your experimental literary magazine? Seems like what you were doing with Earthquake paralleled what she and LeRoi Jones were doing with The Floating Bear.

Herman: I’ve never met Diane di Prima. But even before I got to City Lights, I was aware of Floating Bear. I first read it at the 8th Street Bookshop in Greenwich Village, when I was clerking there. It’s flattering of you to make the comparison. But Floating Bear broke the ground and lasted for a decade, becoming as much of an avant-garde institution as any mimeo possibly could. Earthquake lasted only a couple of years.

Holladay: I’m also curious to know what you think of di Prima’s poetry.

Herman: What I like is its simplicity. I understand it. I like its rich feeling, which is straightforward and strong and not at all sentimental. Her poems age well. I’d be surprised if her poetry didn’t last longer than the poetry of many of the Beats.