The songs of Dylan and Lennon : Emma Swift: Blonde on the Tracks

Emma Swift: Blonde on the Tracks 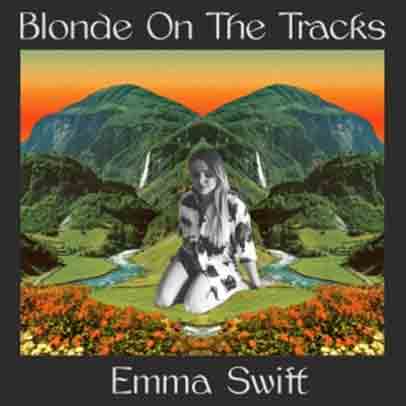 Australian-born, Nashville-based, Emma, is an incredibly understated performer.  Something of a new ‘wow’, if you’ve not come across her yet. This is her eight-track set featuring interpretations of Dylan songs. A clever, tongue-in-cheek title… I think it’s an impressive evocation of Dylan’s lyrical mastery. A bit epic in fact!

‘Queen Jane Approximately’ opens the proceedings. A very Byrds-like rendering of Dylan, packed full of jangling, psychedelic guitars courtesy of Emma Swift’s partner, Robyn Hitchcock, something of a psych-icon himself, and one-time member of the Soft Boys.

Emma savours Dylan’s words, makes many of them her own, and offers a set of nicely nuanced readings of some of Dylan’s most treasured songs like ‘A Simple Twist of Fate’, ‘Sad Eyed Lady of the Lowlands’ and the recent masterpiece of linguistics, ‘I contain Multitudes’. Emma’s voice soars, swoops and sometimes snarls.  The familiar emotions are all there, despair, loneliness, longing, regret. The arrangements and instrumental playing is exemplary, including plenty of exquisite slide-guitar, walking bass-lines and rolling riffs.

For me, the ‘heart’ of this collection is in the first five tracks, with the final three tracks becoming somewhat anti-climactic. But we probably need that as a relief after the intensity of the first tracks, especially the bedroom-noir of the ‘Lowlands’, with its sad-eyed prophet with her ‘eyes of smoke’.

If there’s a down-side to any Dylan collection it is density of the words and images contained. My original days of Dylan-listening, long before Emma Swift was born, were of Bob’s vinyl albums. And you could play a ‘side’ that fitted the mood of you and your mates. And then, not necessarily play a second side! Eight tracks of Dylan songs is a Lot of Dylan!

This is a classy album. And it makes Dylan’s words and emotions resonate. Well done, Emma!

You can join Emma at The 5 Spot in Nashville, TN. An intimate show of songs from ‘Blonde on the Tracks’ as well as a bonus new song, ‘The Soft Apocalypse’. Emma is joined by Ryan Brewer on keys and Robyn Hitchcock on guitar: https://www.youtube.com/watch?v=kLxRRTzvbcI 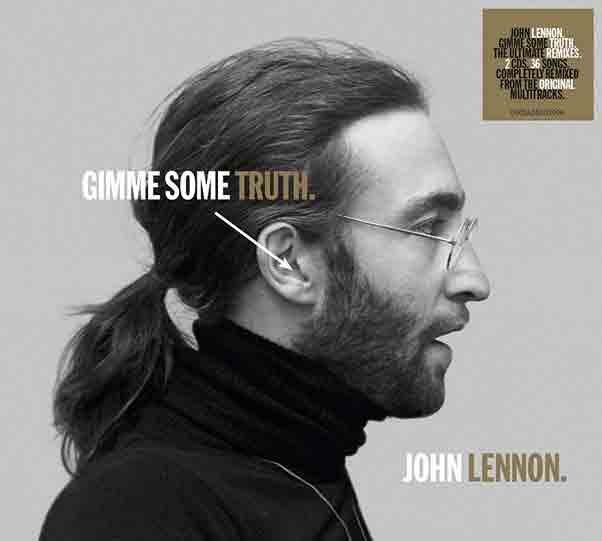 ‘Yet another Lennon retrospective’, I can hear you thinking!  There have been a lot of them and this one is as much a piece of ‘conceptual art’ as it is showcase for Lennon’s greatest hits. The artwork for ‘Gimme Some Truth’, plus the CD and LP booklets and the typographical art comes from Jonathan Barnbrook. He was the graphic designer who worked on David Bowie’s albums, ‘Heathen’, ‘Reality’, ‘The Next Day’, ‘Blackstar’ and more

For Lennon fans, this is worth buying, even if you already have most of his solo works and a collection or two.

Why? Because it is an amazing audio experience. These really are ultimate mixes. We share an intimate space with John. We hear his sensual whispers, his screams, his love, warmth, humour – and his anger and rage! It’s a reminder too of what he contributed to the Beatles – his vocal range, psychedelic phrasings. The contrasts are all here. Lush soundscapes, carnivalesque, baroque, complex arrangements, phased-instruments, starkness, simplicity, snippets of dialogue, rock ‘n’ roll, piano ballads, revolutions, primal scream therapy. Love. Poetry. Hope. Peace. The range of material is simply stunning. Lennon never had one single sound. He had many. Many styles. He was also born to perform. He was a one-off.  A legend.  A prophet. This collection reminds us that we still need the presence of John Lennon in our lives. In 2020 – in ‘Strange Days, indeed – Strange Days, indeed!’

An old video of ‘Nobody told Me’, still worth a peek: https://www.youtube.com/watch?v=v_0di2IL440 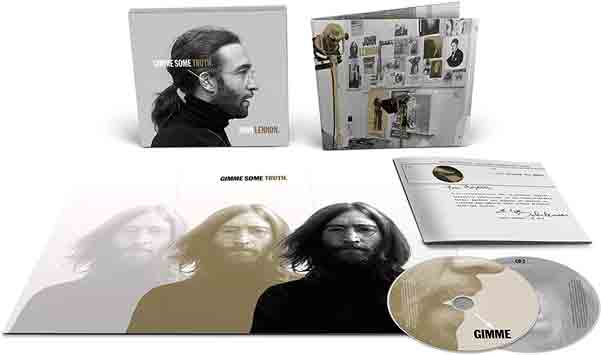 A collection of remixed solo songs by John Lennon, ‘Gimme Some Truth’, was released on what would have been John Lennon’s 80th birthday.

Tweet
This entry was posted on 7 November, 2020 in homepage and tagged Alan Dearling, Blonde on the Tracks, The songs of Dylan and Lennon : Emma Swift. Bookmark the permalink.