THE STUFF THAT DRIFTS ARE MADE OF 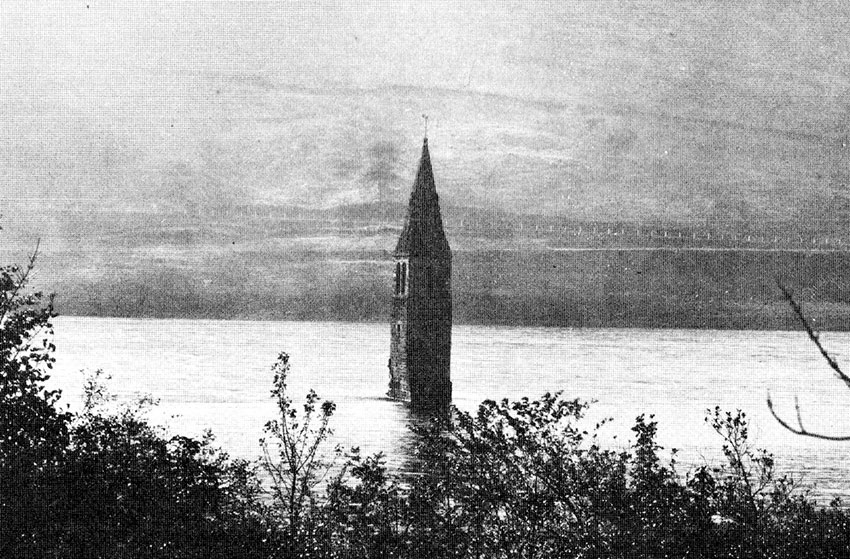 On a performance of David Bramwell’s Dead Flows the Don,

As the song forms, the sound is always in tune with the river, its reverberations map closely sound waves in air and on land. Tonight’s performance flows on, collecting myth as it passes, while catching fragments of future along its slow, strange trawl through the past.

David Bramwell’s Dead Flows the Don was first sourced in a Radio 3 documentary in 2017; both an exquisite mapping of the myths and meanings to be found on a time trek down the great river Don, as well as being a perfect excoriation of the struggle that raged between the gods of nature and industry across Sheffield’s trembling borders. Transported between the alternating currents of air and room it achieves an eerie pertinence and a sense of permanence also.  Freed from the commissioners philistinic grip, what began as an exploration of the waters of memory and experience becomes even more mystical, despite being lifted from the realms of audio infused imagination.  Bramwell’s personable voice, flecked with traces of his northern upbringing aligns with the images engendered by a film production team including Daisy Campbell and Simon Wilkinson to make a small scale visual and spoken concerto, enlivened by the beauty of Bramwell’s soundtrack under the guise of his band name, Oddfellow’s Casino. Snatches from their albums Oh, Sealand and The Water Between  Us provide wonderful counter point as semi songs ebb beside and below the sourced black and white images of the neglected river Don, a water source that granted not only Doncaster its name, but which also houses the nomenclature of the mystical goddess of all rivers, Danu, honouring and rippling away from her in time, while still securing her legend, much like Tintagel houses the bearer of excalibur’s ethereal arm.

This special composition of word, sound and image is a homage to Bramwell’s childhood discovery of the forgotten potencies of his foundling land.  Born in Scunthorpe, his family moved to Doncaster in the heat smeared summer of 1976. There is something equally perfect and apposite about the boy David turning to the mystery of the waters in that time of heat and drought and in seeking it he found his own array of answers and mysteriums that not only beguiled the child but led to his current fascination with all things elusive and uncharted.  As broadcaster, writer and musician, Bramwell tackles the abstractions of myth and place alongside their proven depths. He shatters the surface of conventional presentation and perception, loosening all that was real and solid and leasing it unto the drift.  Listening to him, one realises that his life has been one not of monetary privilege but more importantly, of the riches of happenstance, placed and presented by the guiding hands of ancient orders and states. He is a true citizen of both this and an ‘other’, almost unworldly older England, the keeper of unspun glories and forgotten prizes.  And what he reveres so, rewards him. It is there in his dreaming and in the words and music he makes.  ‘There are other lives in the water’, as one of his exquisite, economic and impressionistic lyrics describes, and early on we learn that the rise of Christianity drove the old pagan gods into the rivers.. where they still dwell.  This concept alone is enough to ignite the romance of one’s imagination.  It is, when placed in the spiritual raft Bramwell sets us as attentive audience on, as evocative as the plays of David Rudkin or the tales and stories of Alan Garner.  The performance therefore becomes an uncanny invocation of the river and also a river itself.

The notion of a forgotten and neglected river instantly humanises the Don and affords the piece’s title tragedy’s full value. After consultation with the great Alan Moore as modern culture’s Wizard in Chief, Bramwell learns of the patriarchy of fire and industry when set against the femininity of mythologies and water, the true fuel for any and all forming states. Investigating further he visits his friend Anwen, a witch of Sheffield who reveals the statue of the god Vulcan placed at the tip of a Steeple on Sheffield Town Hall. His grasping of thunderbolts and hammer reflect the battery of all that was natural and fundamental to man in and of the north’s sense of place and identity. A voice sample of an old coal miner reveals how flame’s empowerment killed the area’s true mystical lifeblood, namely the river Don itself, literally stoning it to death in order to create bricked paths and named walkways where shopping plunders the encrusted heart of life’s pulse.

The boy Bramwell finds a broken cup by the side of the river on one of his early bicycle graced expeditions and offers it to the Don as his first act of worship. On returning to the start of the stream as an adult, after his mystical consultations, he finds the same cup, (photographed and documented) as if waiting for him, the key to unlocking an ages old mystery and so he casts it once more into the water as he begins his forty mile pilgrimage from Sheffield to source, charting the progress of the very waters he treasures and in doing so, restoring them. The act of walking becomes active time travel. Primed by the powers of ancient magic and its current practitioners the seeker, informed and supported perhaps by a convenient trio of Campbells (Joseph, Ken, Daisy) allows himself to drift far away from his own concerns and back towards those that affect us all, or rather would, if we only allowed them to.

It is common practise these days to witness self serving recitals of memoir and reflection. Tainted by celebrity we learn nothing of any importance and they serve only to lower us.  Bramwell elevates all he comes into contact with, for as he walks he considers the theories and connections of landscape, an areas’ true populace. We are the stuff that is drifting across it. We are the flotsam. We are the dust in its eye. What Bramwell offers and sees with his thirst for knowledge, is a culture of fire which has had its true colours scorched. Such stretches of water are veins and the connecting heart, long diminished is the founding muscle whose chambers are all myth infused.  We  once had a truly magical land, irrespective of whether it was a matter of fact or fiction, as all that was pagan actively called for it. The characters and the echoes that peopled this magic are now barely name checked. Bramwell in his celebrations deigns to meet them head on.  His day dream can be shared in and around and through music. Thanks to what is played,placed, presented and beautifully paced, we are shown that person and place was once the source of religion.  The gods of water and nature were reflections of all of the lost gods in us.

Bramwell’s life has been formed by a series of visual and sonic echoes.  The synchronicities charted in his seminal memoir The Haunted Moustache exemplify that. Dead Flows the Don reveals an autobiography of the soul, first glimpsed as a young child and unravelled by chance and instinct. The example of a starting image of two water towers, each prisons of flow, grants release.

Dead Flows The Don is a form of visual music, with music. It ebbs, flows and alters. It ascends and reflects.  It drenches us all on dry land as an enraptured crowd showed this evening.  For its full fifty minutes no real imposition was heard.  At one point a glass fell. The concerto kept flowing. It had harnessed the power and the rising wave in all there.

This is art. This was life.  And this is what art should be, always. By invoking the past, it makes futures and yet the tastefulness shown and the mystic also contain comedy. Bramwell’s writing has depth rivering away like soft water, but also has a chattiness to it, a need to belong and enthuse. He never lectures us, just provokes our empathy and subsequent understanding. We want to walk with him and to even live as he’s lived. His mistakes become part of his rewards and achievement.  He is a land and word swimmer, the sounds above air, shapes in shade. But he also completes the bargain of art offered and made for those buying. Share in this you’ll grow richer. You need only to drift. Time is tide.

As he reaches the source of the Don, Bramwell joins with the river. He offers himself to the water and the reeds of the stream are Danu’s. Her hair joins with his as Bramwell fuses with water and water’s story.  He reaches the heart of it, blood and water,  both doing the same; life is fuelled.

In the morning he wakes. From dark shades of the past to new colour. Safe, and regifted, he hungrily walks back to town.  He moves across the pennines and celebrates the new journey. At the first open village he finds a cafe and cave that’s called arse. From the ethereal back to earth, the freedom to drift takes in Crowely; the ultimate drifter, sliding between the diabolic and darkened, differing states of the real.

Back in Sheffield the closed mine is now an adventure style playground. By the neglected riverside there are fig trees, the fruit of the former miner’s spat pips. Where once they chewed to feel sweet amidst the murk they created the first source has blossomed and is kissing time back through the soil.  From the workers’ throats are spat songs, a singing that stremmed from the sad lack of pride in the surroundings that had once held such power.  Subconsciously, they return it to a new and lasting shade of green.  The spoken word becomes song and now the river itself begins singing.  It is a remarkable end to a transcendant performance.  David Bramwell delivers with commitment and poise all we need.

Dead Flows the Don until those the Don lost revive worship.  It is only then that new  waters will start guiding us back through old drifts.

View all posts by David →
This entry was posted on 21 March, 2018 in homepage and tagged David Erdos. Bookmark the permalink.