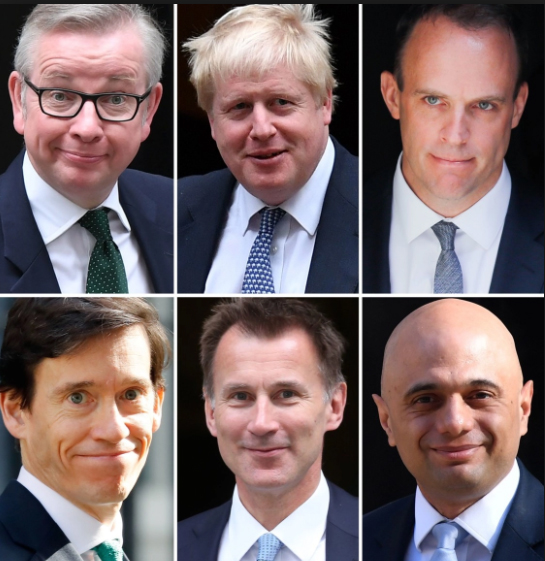 Savage atoms – as seen in the microscope of their Godlessness

they are still humans, sons and daughters of the Puritans

who fought against England’s evolution as spearheaded by Shakespeare

and who refused to learn any lessons at the Wooden O,

refused humanism, even as sugar-pilled by the Christlike poet

who has since run rings around the lyrical cosmos, so that

centuries on, these crud-asses must eat humble pie, and join the Bardolaters

even as they suspect he was ‘more likely some aristocrat’.

These days, their speciesist purity has been washed away

who have long since succumbed to Mammon

for which they are willing to pay any spiritual price

with residues of Xtianity. (Neo-Darwinists have more faith in Marks and Sparks.)

Thus they fit in…

ie. with themselves and nobody else:

Of course they have their own rituals, their own Tory Zen,

as their intellectual day begins wth pawing a Mail

– the hymn-sheet they think from, chorally – tuning in

to the Great Mind who directs them in their great affairs,

then sniggering at Botham’s ‘to the right of Attilla the Hun’:

‘What largesse! What a legend! Good old Sir Ian! What a be-knighted high-flyer!’

From their midpoint they know nothing better

than looking up at the Elect, and looking down at the Reprobate

as they squat in the middle, some kind of Redeemed

but Larkinesque toads with it, as their prophet Phil diagnoses.

Even in the 21st century, they are serious primitives:

as they prowl the urban and suburban wildlife documentaries

that is their habitat. Davy Attenborough’s another prophet,

and Dickie Dawkins, for these progeny of the Selfish Genesis.

Gamekeepers, they’ve littered the land with booby-traps and snares

whose daily task is to hunt and gather the proteins, the strength

they need, that will see their tribes through any left-wing apocalypses

and/or levelling floods. Haters of the imagination, they take too literally

the crumbs of poetry their spartan diet allows, for example,

the kindergarten magic of Potter, the Mysteries-lite of Dan Brown

and the rebranded Hermetic laws of Upstairs Downstairs.

Who can forgive the original Shakespeare-haters? Not their lineal desecendants

who are far too busy handling stolen goods, and selling them on,

while working out how to get the Malthusian balance right

between having enough people to feed on, but not too many to feed.

The golf club thwacks the golf ball again: this is their naturalism,

the mock-competition where they’re allowed to beat their superiors.