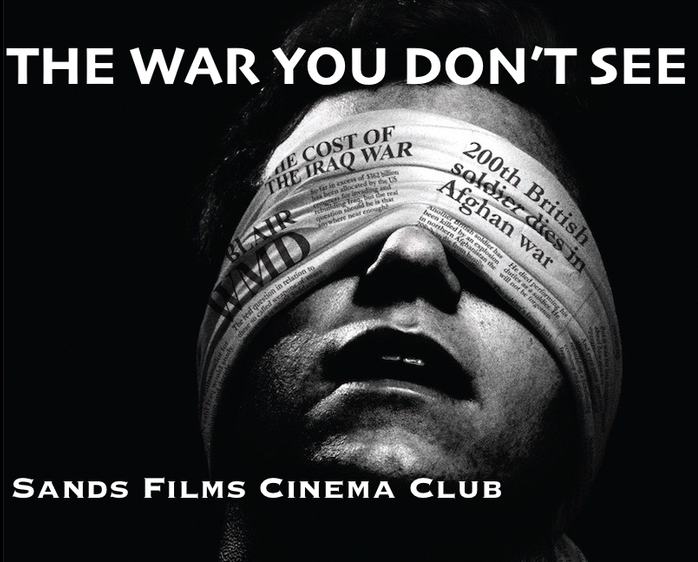 …a film by that incisive, principled and intelligent film maker John Pilger is being shown on-line at Sands Films this Tuesday.  The screening is for the Julian Assange Defence Committee.  The PR by-line for Bush and the quisling Blair’s illegal attack on Iraq was Shock and Awe: so be prepared to be shocked by how PR manipulates public opinion when the elites want to go to war. Be awed by the father of PR, an American, Edward Bernaise, who taught governments how to give symbols meaning at the expense of facts. Learn about how embedding journalists in the military during the Iraq war forced an unholy alliance between government and press.  That twenty-four hour news is a vast echo chamber.  How the build up to the war required journalists to be ‘patriotic’ and ignore the facts and their own unease, lest heads roll – metaphorically speaking.  That 90% of all deaths in Iraq were of civilians.   That people at a wedding in Afghanistan are picked up as ‘heat signatures’ to an incoming US missile – before they become bodies.  And so on, and so on.

But cometh the hour, cometh the man.  Julian Assange and Wikileaks exposed horrific American and British war crimes, and he is still being psychologically tortured in Belmarsh jail for doing so. This man will be considered a hero one day. We will name parks after him – a journalism award after him (move over George Orwell). But please let him survive to see it.  We don’t want a martyr.  Pilger’s interview with Assange is illuminating, as are the interviews with squirming main-stream media managers who supported the war: but wish they hadn’t.   Assange’s truth is juxtaposed against the dissembling of the PR merchants.  Some of the film is hard to watch, but Pilger’s skill is in knowing how to balance the grim stuff with the knowledge that can empower – if we use it well.