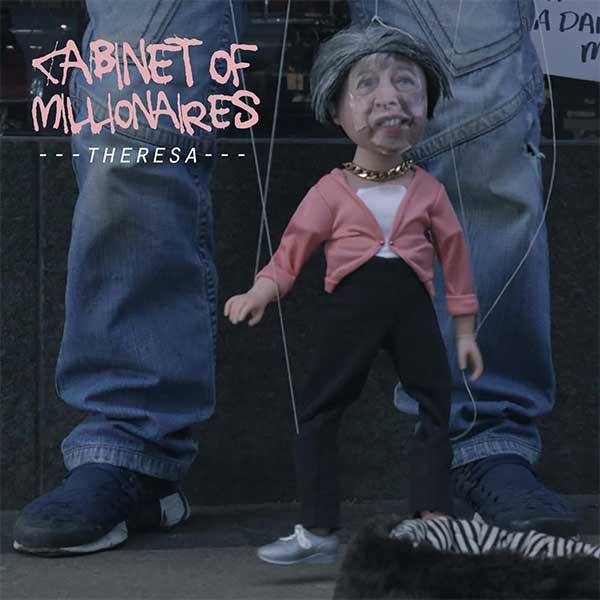 Some would label this agit-house, some electro-rock, others social disco. Whatever you’d like to call it, Cabinet Of Millionaires is an uncompromising project with a ballsy soulful political message and infectious grooves. Part band, part blog, according to Eddie Gordon (BBC Essential Mix), this is “the kind of dance music that DJ’s like Andy Weatherall would turn people onto or the Talking Heads would delight the New York uber cool clubs with”.

This is CoM’s fourth single, following up previous singles ‘Satan’s Horses’, ‘Serve Me’ and ‘Cabinet Of Millionaires’, which have received adio support from the likes of Eddy Temple Morris and Nemone (BBC Radio 6), as well as various American college radio stations.

“Farcical, impassioned and addictive to listen to, hopefully this will become a much-played ear worm that will wiggle its way into the minds of many, moving them onto the streets” – Examiner Live

“Cabinet of Millionaires finds grounded sound in disco/dance territory with listeners only too happy to follow them there. Beats, drive, a deep soulful voice, and genuine vocal delivery with an important message echoing the sentiment of millions… The cool, rhythmic grooves and slickly fast pace make the pointed lyrics go down smoothly, while the expressively exclaimed lyrics get the message across loud and clear” – Big Takeover Magazine

Tweet
This entry was posted on 19 January, 2019 in homepage. Bookmark the permalink.