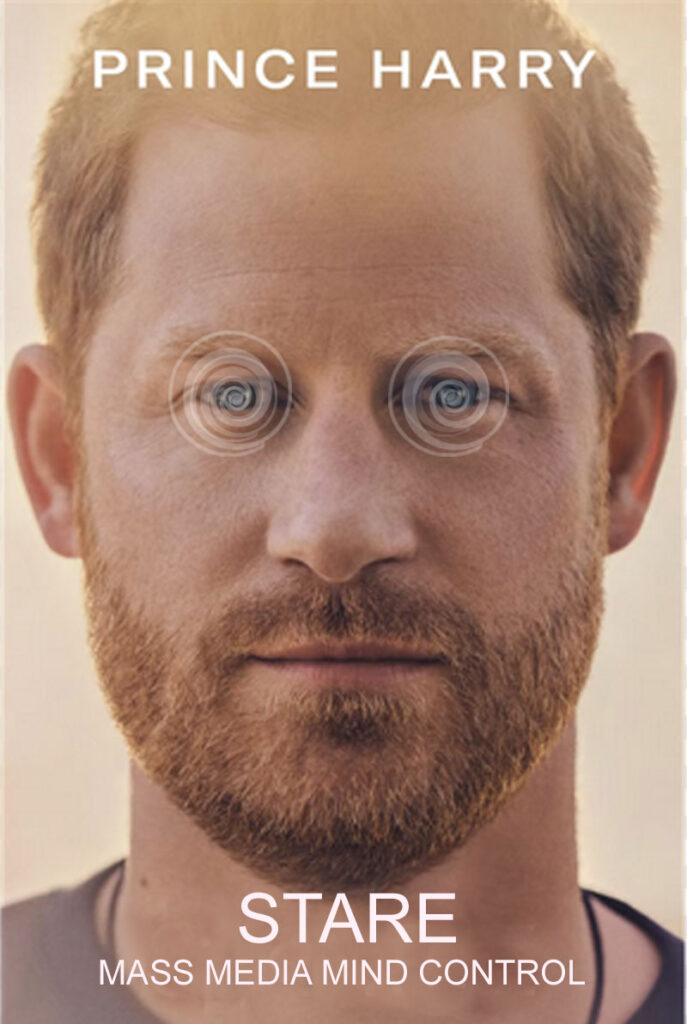 The title of course says it all. Spare part, split from purpose.
Second to none in all senses, or sad boy as ballast as someone else

Steers the ship. Possibly favoured now by the young for the sensationalism
He’s seeking, if anchored now by ambition: Macbeth’s idiot in the telling

As with every stand he takes the truth trips. Meantime his book
Slips into Spain. How strategic. Get it covered up in a language

Far enough away from your own, but close enough to English Ex-pats
And to keen translators and tourists. America would have been too

Damn brazen, so this Sir-stirred sly smuggling grants safe distance
For love’s lacklustre bombs once they’re thrown. Who is advising you, son,

Now you’ve freed yourself from your father, who Lizard or not
Will be licking the wounds you inflict on his throne. Not to mention

Your bro, whom you accuse now of violence. This is what your wife did
On Oprah, as her crocodile tears of injustice and abuse at all quarters

Made her both Cinderella and Annie and chilled even Piers Morgan’s
Plump bones. What is wrong with you? Privilege can be a prison,

But for those inside lack of purpose and reason too, matters not
In a world which has moved away from the true, into treason

Which is what you are doing, or would have once been accused of
As you sought to complete such a plot. You state that you have killed

Twenty-five in the name of your Nan and survival, but describing them
As chess pieces as well as inhuman is a Third Man type sentence

Likening you to H. Lime. Have you seen that film, silly boy, or even
It Ain’t Half Hot, Mum’s racist clown show? You once referred

To an Indian soldier as your P dash dash dash friend. Disgust climbs
From the gut to the gap between your tongue and brain, baby,

Booby, buffoon, and yes, brother, who is doing I believe your bird’s
Bidding as she caws now in your ear. Fucked by flak she purports

To be everso humble, all the while stripping shadows to make
A spotlight everlasting with which to expunge her own fears.

There would seem to be no real end to the need to justify
Their existence. They even impose their imprimateur

On Mandela as they try to ensnare us all on Netflix.
With his slightly unformed blood-blanched face, and hers

Imploring all to adore her. You said you wanted your lives
To be private, well, here’s a public one off the wrist,

For your tricks. What will the Poet Laureate say? His next verse
Will comment on Charles’ coronation. But Simon this is the story

Of a wrecking ball wrenched from within. As a completely
Understandable wound, chiefly the loss of a mother, unseats

And topples someone unfit for the peak. Yet wanting it all the same,
Hence the reclaiming of both pram and rattle, one hand dispensing rage

While the other seeks to stifle the mouth as it speaks. And yet,
You did as all wild boys did; drugs, booze and beauties.

Outlandish behaviour, the typical tantrums of the teen. We know that.
And have doubtless done it too, but you’d make of your anecdotage

A bible, as if old before your time your told story would resemble
Your great great Grand-uncle’s, who forsook Royalty’s fat tit

For thin tat. He married an American too, and abdicated. You had
Nothing to forego and that issue is why your tiny eyes fill our screen.

You want us to know your full pain but you do not have Edward
The Second’s hot poker. And you are not a word wizard like Marlowe,

That is if you wrote this brown from guile’s green. This coming Monday
Your book arrives here, but you have already worsened the wound

With back-biting, all too consciously aping your Mother,
By sucking on a televised interview’s tacky teat. We will see it

On Sunday here, or rather not see it. As what you look for,
As she also found can’t compete with the surrounding context

You’re in and in which you and your wretched wife will be sinking.
That is unless you turn away, Harry. Listen; honour thy own intentions

And in the long run by walking away you’ll complete
The path she could not, your much mishandled Mother.

But by whom is the question. Until that is answered,
Your aches will shake no-one and every win will seem sinful

And serve only compound love’s defeat.

View all posts by David →
This entry was posted on 14 January, 2023 in homepage and tagged David Erdos. Bookmark the permalink.