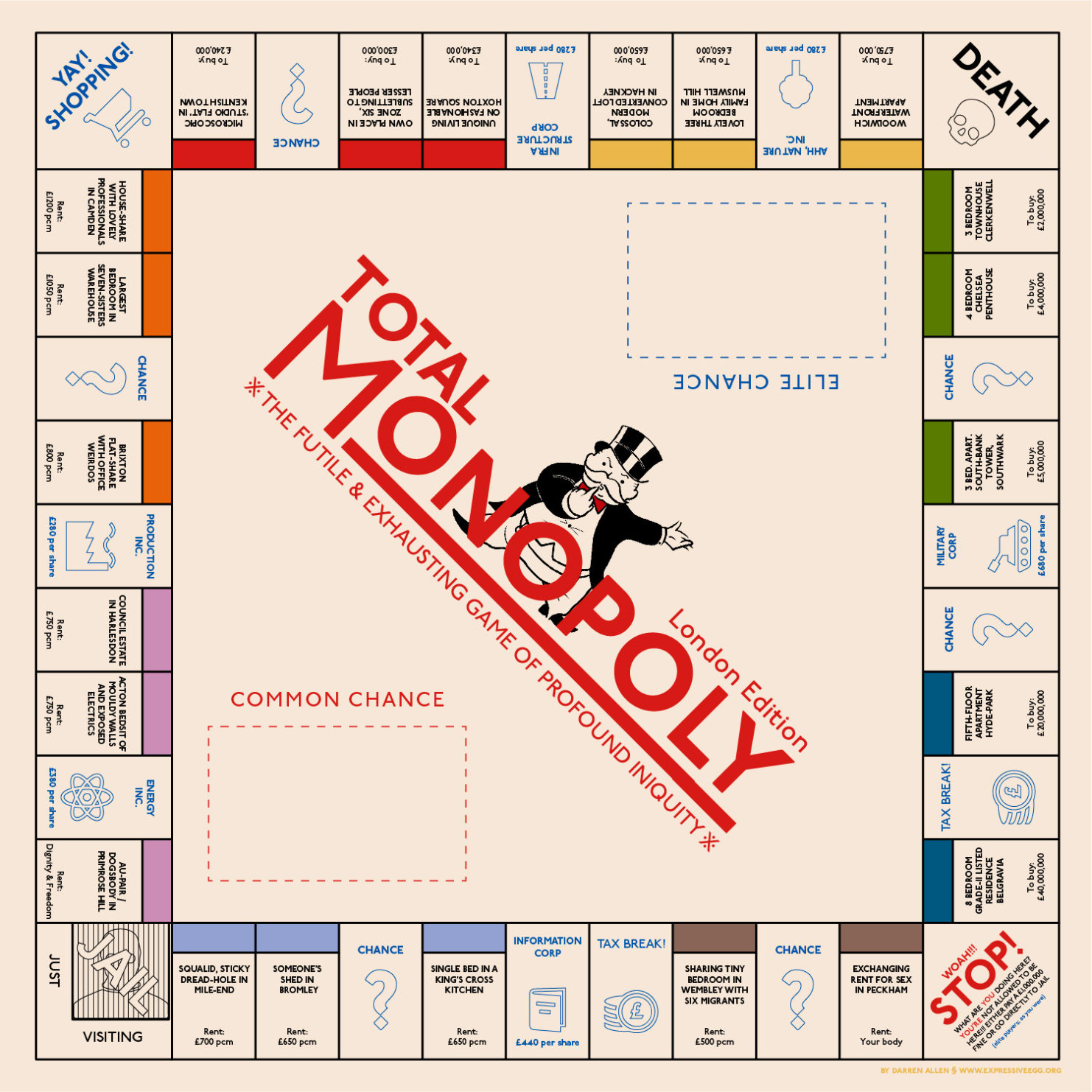 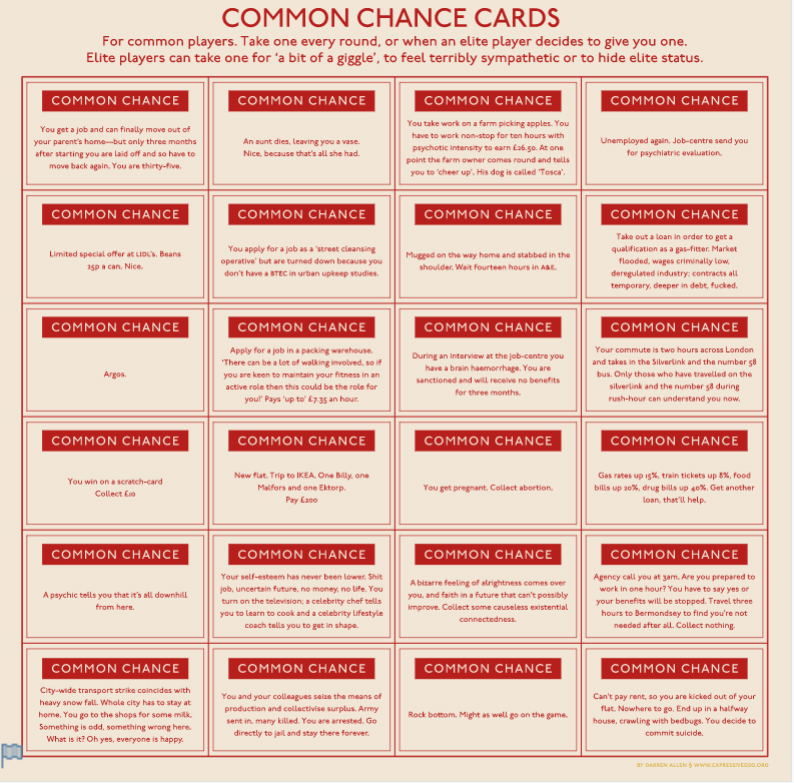 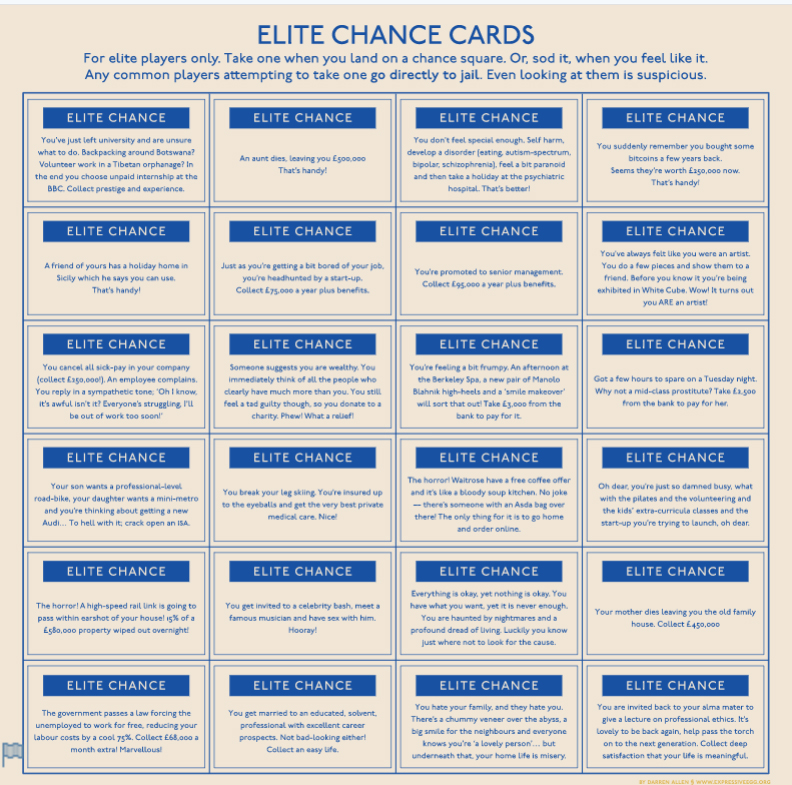 THE RULES OF TOTAL MONOPOLY

Tweet
This entry was posted on 9 February, 2017 in homepage and tagged Darren Allen, satirical board game, Total Monopoly. Bookmark the permalink.

One Response to Total Monopoly