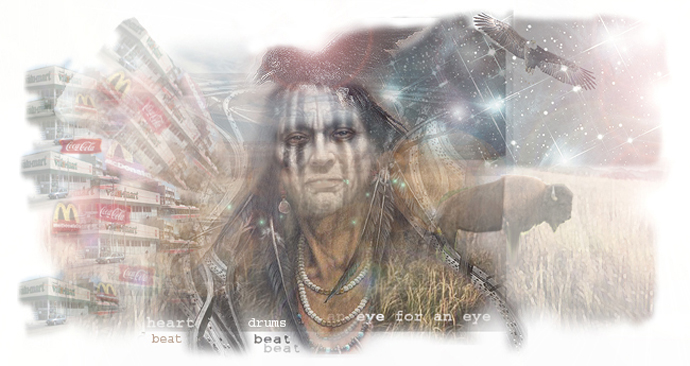 The dream world has some advantages over the every day waking world. One can go to places, do things and meet people with seeming ease. One might find one’s self in possession of large amounts of money; sailing on dream yachts; luxuriating in exotic palaces – or simply discovering strange unexplored regions and dimensions that defy third density logic.

But when this dream state is transferred into expectations of day to day life in the waking state, there is going to be a serious disconnect just down the line; and that ‘disconnect’ is the underlying signature of life in the USA.

It was in September 1970 that I had my first encounter with the United States of America. My plane was headed for Philadelphia from London. The man sitting on my left .. well I don’t remember too much about him actually, except that he was familiar with the USA from a ‘doing business’ perspective, and he spoke well of it: ‘the land of opportunity’.

For me it was a case of following the pull of my intuition; a broken engagement and an overwhelming sense of small island suffocation. ‘On the other side’ lay the promise of fresh air and a whole other world – including an unmet uncle in Wheeling, West Virginia, to act as a base from which to head out into the New World.

It was the hundred days for a hundred dollars Greyhound bus deal that really initiated me. Zig- zagging across the vast expanses of this old tribal land for one hundred days (and nights) with various and sundry stop-off’s in strange back-woodsy places with names like Terra Haute and Baton Rouge. I soon learned that the trick was to avoid sitting too near the back where a stinking toilet and drunk and impoverished travellers co-habitated in blissful ignorance of one another.

What I was witnessing it turned out, was the second class travel option for all those who had missed out on ‘The Dream’. Those who had fallen along the way or who just never tried to get there. I later discovered that many US citizens had never experienced this, the seamier side of life of their own Country. Instead, they had been born and raised in hermetically sealed environments with air conditioned bedrooms and garden lawns composed of designer grasses and heavily sanitized swimming pools.

This phenomenon, repeated millions of times across the vast expanse of the USA, is the reason why the US manages to consume one third of the world’s processed energy – and for just one sixteenth of the world population. This in turn lead to the creation of the disproportionally vast military; so as to hold the sword to any nation possessing the carbon and minerals necessary to continue to fuel this addiction, as well as to further fulfil covert hegemonic ambitions. Today, the US government boasts over 750 military bases spread between more than 60 Countries around the world, each exerting a direct influence on the political biases of those Countries.

Outside the hermetically sealed sanitized world of the domestic dream, for which all this power is required, citizens have come to believe that there is a certain danger lurking. Something to fear. Like some residual curse exercised upon the white invader by the brave and brutally outlawed tribal  trustees of yesteryear. A haunted feeling, which still lingers-on wherever something ‘wild’ might have survived the insipient sterilization and concretisation of this once gloriously rugged and river strewn land. A land over which the American Indian spirit still defiantly hovers to this day; a spirit  which cannot be exhumed, however desperate the attempts to overlay it with the Stars and Stripes – potent symbol of the arrogant march of hedonistic and reckless consumerism.

Were there any survivors of this government led and corporate sponsored American Dream?

Clearly the TV groomed smiling nuclear family, so carefully constructed for the mass consumption of the middle classes, was, in reality, awash with dysfunctional aberrations. The perfect picnic packed into the trunk of the shiny Oldsmobile was already saturated in pesticides, synthetic colours, preservatives and tenderising hormones. That seemed just fine until the unsullied belief in all things chemical was rudely interrupted by Rachel Carson’s Silent Spring, a book which revealed the devastation caused to insect and bird life by the mass spraying of  DDT. A synthetic pesticide that was supposed to remove any threat of a little ‘life’ surviving amongst the wildernesses so beloved of nature starved US citizens.

But this  revelation failed to quell the US appetite for ‘progress’. The ‘land of the free’ could not have any restrictions placed upon the mining of it’s once pristine resource base. The Dream did not include making a pact with nature or with any of those who opposed its Machiavellian onslaught which so crushingly swept aside all subtlety, compassion and dignity. Only money – and lots of it – could buy the working man an opening into The Dream and the chance to live-out the tantalising consumptive urban pleasures it had on offer.

As it turned out, the values of old Europe which the early settlers had fled because they seemed unduly restrictive, were simply stripped of their more culturally valuable attributes and honed down to the level of basic instincts. Cowboy style white male chauvinism was to become the mantle of  identity for those who followed the script. A script loudly selling an unshakeable belief in the self affirmed greatness of this ‘land of the free’ – whose hegemonic ambitions of world domination were disguised as ‘helping nations in trouble’ (providing they were in strategically important geographical locations). Such rhetoric, which included unashamedly promoting the goal of achieving ‘domination of space’ and more recently ‘the full spectrum dominance’ of just about everything else, became a glorified totem to be worshipped by all God fearing Americans.

Black African Americans meanwhile, were left to fend for themselves amongst the residues and crumbs of their oppressors extravagance and in a culture where racial supremacy was an all white affair. One to which the coloured races were expected to play second fiddle and act as useful servants. Yet, ironically, it was precisely here that I found the biggest hearts, the warmest handshakes and the truest smiles.

The presumption of greatness which became compressed into the US psyche, was greatly aided by Edward Bernays’s mastery of the medium of advertising and the covert, as well as overt, media mind control that followed. To this day, even as the military industrial complex moves in for the kill, it is the mastery of the elite sponsored mind control that governs the daily reality and expectations of the majority of US citizens. A virus that has now spread across much of the world and brought with it its own starkly out of place toxic totems: like Kentucky Fried Chicken, McDonald’s and Coca Cola.

Living up to the image of ‘who one thinks one is’ has long since surpassed retention of living by a simple recognition of one’s humble roots. By swearing allegiance to the flag, these roots are virtually severed in one stroke. Distorted roots lead to distorted egos and a preoccupation with narcissistic vanities. All these superficial concerns ultimately becoming something of a torture chamber for those unable to separate fact from fiction. For many, The chosen antidote for this painful condition became a determination to distract the burdened self with a daily dose of ‘speed’ and an obsession with doing five things at once. This way, many have deluded themselves into believing that they are ‘making progress’ simply by ‘keeping busy’.

Yet it’s curiously infectious this speed thing – and means that values, however important or profound, easily become purely ephemeral – arriving and departing like images on a Hollywood cinema screen. Never settling into that deep part of the being – the soul. The Dream usurped the space where the soul should be. A large number of US citizens, to this day, still hide themselves away in a soulless virtual reality world trying to remain ‘unaffected’ by the unsavoury goings on around them. This, even as the dark shadow of an imposed police state is everywhere visible and the ground is shaking under foot.

The hundredth day of my ‘hundred days for a hundred dollars’ landed me in Los Angeles. I hitched up Route 1 to  San Francisco; got a job as a waiter and lived with a small group of artistically inclined individuals on the edge of the Presidio Park. Here I had my mind and my eyes opened to the existence of another reality. The light just poured in and the burdensome British land owning cares and anticipations lifted off my young shoulders leaving me light and laughing.

America, in all its madness, had enabled me to confront the world afresh, see things in a new way. I returned to the UK with long hair and a spring in my step; and when my English uncle quietly tried to remind me that “England is the greatest Country in the World” I replied “No, The United States is.” That was forty two years ago. I too had been seduced by The American Dream.