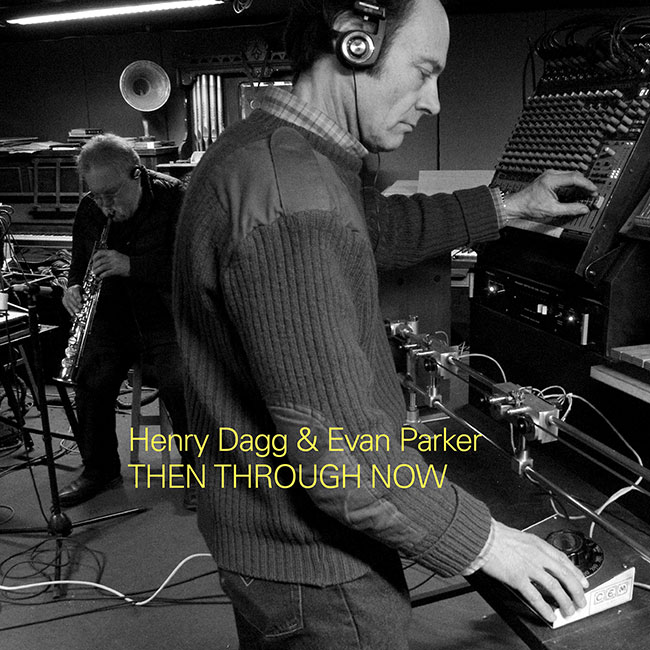 Evan Parker is a maestro of the saxophone, able to sustain long periods of cyclical breathing to facilitate playing, and also able to produce multiphonics out of his instrument, that is more than one note at a time. With a huge discography, he has spent years and years refining his instrumental skills, sometimes solo, but also by improvising in response to other musicians and musics, including Scott Walker’s The Climate of Hunter album and recent David Sylvian work. I should also mention the lovely album Evan Parker with Birds, which does exactly what it says.

I saw him in concert several times at the London Musicians Collective back in the 1970s, when they were housed in a damp, cold British Railway building. Sometimes, he would honk away for an hour or so solo, other times he would interact with other freeform musicians on percussion, or guitar, or wordless vocals. It was an intense experience butone not always persuasively so: some nights I would escape to the pub over the road and wait for my friend to join me there at the end of the session.

Over the years though, I’ve kept listening to Parker, and now enjoy his sonic explorations, the shading, colour and energy of sound(s) he makes, the textural complexities and musical interactions with others, the contrasting moments of noise and quiet or silence. One of the musical directions Parker has explored is the use of live sound processing: his large ensemble, the Evan Parker Electro-Acoustic Ensemble features those using live electronic, sound processing and treatments, as well as a musicians who also have ‘live electronics’ credited to them, along with musicians like Parker playing his saxophones and Barry Guy his double bass.

In a way this is like taking a studio into a live setting, but it is of course also another form of improvisation, of trusting someone else to change, alter and process your music live, back to the musician to then respond to. Or perhaps it is no different to any sort of improvising music other than widening the sonic palette? What’s interesting about THEN THROUGH NOW, however, is how the composer, improvisor, sound sculptor and instrument inventor/builder Henry Dagg engaged in live musical dialogue with Parker, but also put the first half of their performance back into the soundscape for the second half. Then, to add to the complexity, took the tapes away and used the three recordings to make a final mix.

Dagg’s ‘Stage Cage’ is a slightly Heath-Robinson analogue affair, whose components include two tape recorders, sliding tape heads (on a ‘railway’ between the two recorders), varispeed control, delays, frequency shifter, ring modulators and oscillators. He explains and enthuses about this as part of a wonderful conversation between the musicians and performance artist Karen Christopher, who is not only interested in the music but creative processes and their relationship to collaboration, which she is engaged in researching and writing about, as well as using as part of her practice. It’s an engaging and illuminating document, well illustrated with photos, that allows Christopher to tease out some details and ideas that shorter, less engaged blurbs or sleeve notes would not facilitate.

The CD contains one 56 minute track, although surprisingly it is divided on the back cover into 14 different sections with individual names, along with start times. Sounds tick and echo, circle and twitter as the work starts, whilst later on the lyrical ‘Small Talk’ turns into the slightly bolder playing of ‘Condolences’. Further sections engage with call and response,  disintegrating and looped sound, percussive bleeps and bloops, whistling electronics and feedback (reminiscent of early computer sound works), the ebb and flow of Parker’s sustained burbling, before the journey of sound ends with the duo ‘Surfing the Waveforms’.

It’s an exhilarating soundscape, showcasing not only the wide range of Parker’s musical abilities, but also the quiet and focussed attention to sound and detail that Dagg brought to both the initial live proceedings and the studio work which followed. Constructing music in the studio is, of course, standard procedure these days, but this CD retains its sense of edgy improvisation, urgent and immediate musical responses, whilst also evidencing the trust and restraint both players utilise as they listen to each other and themselves. Parker talks about their relationship being non-hierarchical.

Hand on heart I can’t say this CD is all that different to many other Evan Parker releases, but it is one of the best sounding and contextualised, and stands as a remarkable report back from the world of new and improvised music, beautifully recorded, designed and packaged. False Walls are to be congratulated on pursuing an individual and eclectic agenda with their growing catalogue of intriguing releases.

Tweet
This entry was posted on 17 September, 2022 in homepage and tagged Henry Dagg and Evan Parke, THEN THROUGH NOW. Bookmark the permalink.