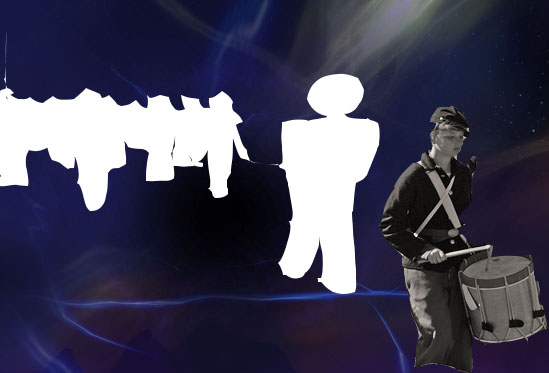 The drums of war are having fun …
It is so dumb to suffer this doom
For so many times throughout history
Thucydides hated it, the Romans grasped for it
It’s only they had more style in faking the greatness
Of their dumb empire when they conquered Carthage
More recently known as Lebanon with its blisters and horror and worries…

There is a fear there in hurting others
Fear of starvation and an infantile kick –
I’m gonna conquer everyone, I’m gonna be better
And false modesty is just a way of saying that you are really better
And more powerful than the enemy
But the perverse thing – when one comes to think of this century –
Is selling the arms to Carthaginians then persuading them to attack others
Just out of fear and spite and false feeling of might
An old trick a dope dealer would teach you in the street, age ten
Can never sell things and buy wisdom at the same time,
At the same time the drums of war (or is it just a bad economy deal and panic ?)

Bloody soldiers and corpses enter everyone’s room
I was so crushed when NATO bombed my home town
I could barely get my own mother out of that place
And I believed – fool that I was! – that I would never speak a word of English again
My shrink had told me : distance yourself from
Yourself and don’t be so DUMB DUMB DUMB DUMB
Like the rest of this scum
Doomed to walk in this ancient town and see that
Those who clone new human beings will soon destroy them
And those who pay taxes will buy the axes and will
Destroy the road to Carthage – Flaubert wrote Salammbo
And the Ridiculous Theater staged it, then the actor died
And a president had a try, the Greeks tried to teach the Romans how
To think – whatever they learnt from the Persians,
The Persians settled along the West Coast in the U.S. and started paying
Their taxes, oh how they were DUMB DUMB DUMB shook by their Doom looking for a crumb!
The Byzantium crushed to ashes, the Ottoman heroes fearing the Kurds!

Go and learn your history lesson – a happy transit will
Calm your passion, dry your tears and drown your fears,
A reminder for the small ones: on the top of the theater board
An ancient alphabet spells the letters : THE EMPIRE STRIKES BACK!
(the director is Greek – has something to teach us : go home and
turn your TV on : instead of the stars up there over that ancient Iraqi land
you might spot the bombs made of depleted (impoverished Uranium)
and nobody knows how they got there nor what to do with them after all

the drums of war are having fun.

View all posts by Nina →
This entry was posted on 17 May, 2012 in homepage, Uncategorized and tagged Former-Yugoslavia, nick victor, Nina Zivancevic, Serbia, War Drums. Bookmark the permalink.

One Response to War Drums