Alan Dearling gets all minimalist…

Weightless’ from Marconi Union, as reported in the ‘Independent’: 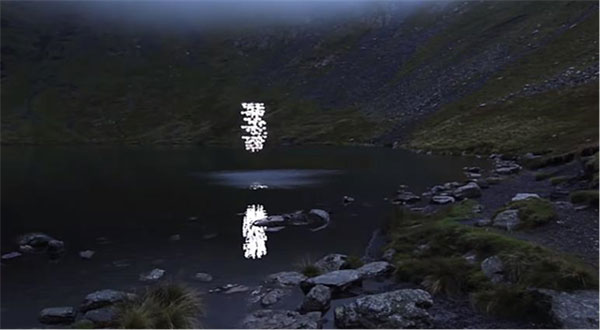 “A new study by US researchers has revealed that playing the “world’s most relaxing song” before surgery could be just as beneficial for calming a patient’s nerves as medication.

Patients in the trial were either given the drug midazolam or played the song “Weightless” by the British ambient band Marconi Union for three minutes, while having an anaesthetic to numb a region of the body.

The song performed well as a sedative in the study of 157 people, although patients said they would have preferred to choose their own music.

‘Weightless’ was written by the UK band Marconi Union in 2012 specifically to reduce anxiety, blood pressure and heart rate.”

‘Weightless’ is now being used in Music Therapy as an ‘alternative to drugs’ for calming pre-surgery nerves. Mindlab International, the organisation behind the research at the University of Pennsylvania have announced  in the BMJ journal, that the power of this song is ‘outstanding’ compared to any other song they have ever tested. They reported that: “Weightless induces a 65% reduction in anxiety and a 35% reduction in usual physiological resting rates.” 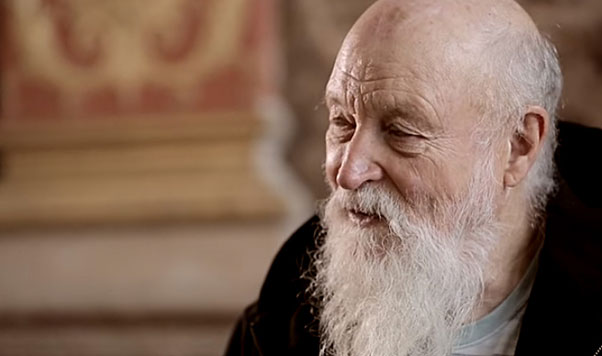 I think that I first came across the term ‘ambient’ music when listening to American, Terry Riley’s 1968 composition, ‘Rainbow in Curved Air’… gentle repetition, tape loops, whirling jazzy electronica… I was mesmerised and hooked: https://www.youtube.com/watch?v=5PNbEfLIEDs

He always saw the music as being connected with meditation, spirituality, drugs and ‘trips’. Here’s a rather fab interview with Terry in 2015: https://www.youtube.com/watch?v=XMKJ9J1Lzf4 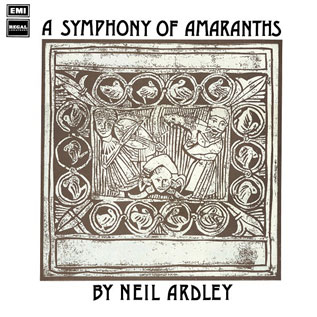 … and then there was Neil Ardley’s  ‘A Symphony of Amaranths’ (1971). More harmonic loops and jazz overlays, snippets of sounds: https://www.youtube.com/watch?v=eF0YiGKXGX8 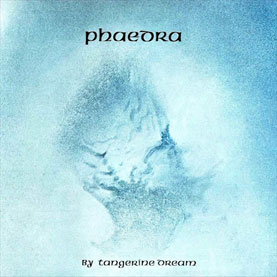 I was lucky and privileged to occasionally work part-time at the then new Chichester Festival Theatre and one weekend this saw me as a stage-hand, working using a follow-spot at a relatively early show in about 1974 by Germany’s Tangerine Dream originally formed in 1967 by Edgar Froese. They got their band name from a mishearing of the Beatles’ “…tangerine trees and marmalade skies” from ‘Lucy in the Sky with Diamonds’. Tangerine Dream are still viewed as one of the most imaginative leaders in electronic music. Unfortunately for many of us (and the band) their music ‘inspired’, if that’s the right word, hundreds of New Age albums of noodling nonentity. ‘Phaedra’ from 1974 is a good place to start exploring the spacey, out-of-body output from the band. https://www.youtube.com/watch?v=HIQ0dd7B_FU 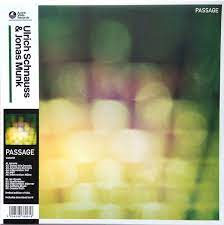 ‘Passage’ by Ulrich Schnauss and Jonas Munk is a recent addition to this significant Tangerine Dream-related canon of work.  Track: ‘Ao Hinode’: https://www.youtube.com/watch?v=VRIyDkNx7p4 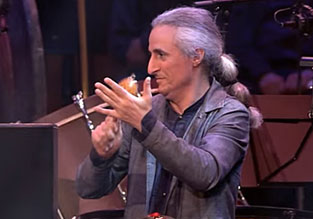 Michael Nyman is both a classical and electronic composer. But, he knows how to write a catchy tune, using repetition and ambient frameworks, which are frequently a hallmark of his work. His score for the Peter Greenaway film, ‘Drowning by Numbers’ (1988) is a good example (Live from the Blazers Ensemble): https://www.youtube.com/watch?v=JFlXbvwK9R8&list=RDJFlXbvwK9R8&start_radio=1&t=22 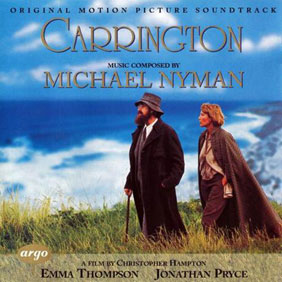 But he’s prolific and many of his soundtracks are great, stand-alone pieces. ‘The Piano’ is loved by many, but I especially like ‘Carrington’ from 1995: https://www.youtube.com/watch?v=udZ9XUgLsr4 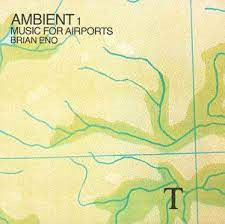 Much of this was all a long time before Brian Eno had moved sideways from Roxy Music and started a one-person campaign to popularise ambient music for airports, lifts, films – in fact, anywhere!  His brother, Roger Eno, along with Harold Budd are also a major ‘players’ in this genre. 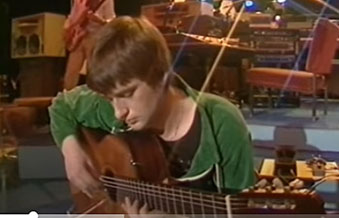 And, for much of the public, the hypnotic sounds of ‘Tubular Bells’ from the young Mike Oldfield is their most abiding memory of ambient, repetitive minimalism. ‘Ommadawn’ from 1975 is probably a better example of the music from Mike Oldfield. Not exactly ambient, but folk sometimes forget what a sensitive guitarist Oldfield can be.  Here he is live in quite a memorable performance in Edinburgh at the Gateway Theatre in 1980: https://www.youtube.com/watch?v=GvNt4D2eB9I

Brian Eno’s ‘Ambient 1’ arrived in 1978; stark and chilly loops of tinkling keys and swooping waves of sound. It exemplifies the contradictions of ambience – background sounds maybe, but encompassing dreamscapes that wrap around listeners like a security blanket: https://www.youtube.com/watch?v=vNwYtllyt3Q

Here’s ‘Echo’ – a fascinating documentary about the gorgeous soundscapes created from the mind of Brian Eno in collaboration with Harold Budd. Especially worth checking out the ‘Plateaux of Mirrors’: https://www.youtube.com/watch?v=K7Dm-ne-iSY

Eno: “A halo of ringing sounds…” 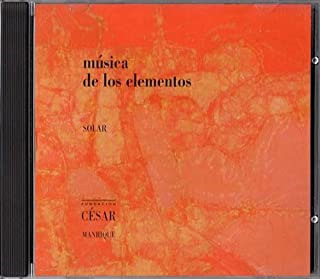 In the 1990s, on the Canaries’ island of Lanzarote, I visited a number of inspiring locations created by nature-artist-architect, Cesar Manrique. The wondrous underground lava-tubes of Jameos del Agua resounded to minimalist music his friends in Solar had created. This is also played throughout his partly underground volcano home and now museum.  The space, place and music somehow achieves a wonderful holistic sense of ‘being’ – an environmental, holistic, ‘oneness’.  These very special ambient sounds are a perfect fit for the very special spaces he designed and turned into a range of alternative realities.  I still love this album. Evocative and sensual – a perfect match of land and soundscapes.

Many film soundtracks have benefitted from the subtlety and sometimes even stridency that ambient music can contribute. Philip Glass and Steve Reich are two of the composers who have made an extraordinary range of contributions. I started my journey into the mesmerising musical worlds of Philip Glass with the mixture of sound and visual images used in the film, ‘Koyaanisqatsi’ from 1983: https://www.youtube.com/watch?v=v6-K-arVl-U 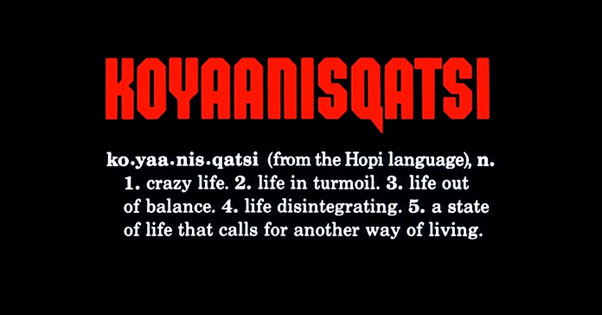 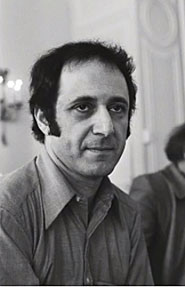 Steve Reich is probably the grand-daddy of ambient music and started releasing albums way back in the 1950s and ‘60s – but the most accessible of his music came in the late ‘70s and 1980s on the ECM label. He’s often cited as the ‘inspiration’ of the ambient music from Eno and even the sounds Brian Eno created with David Bowie. Steve Reich’s 1980 album, ‘Octet/Music For A Large Ensemble/Violin Phase’ is not a bad place to start: https://www.youtube.com/watch?v=wqQVSohnLdA 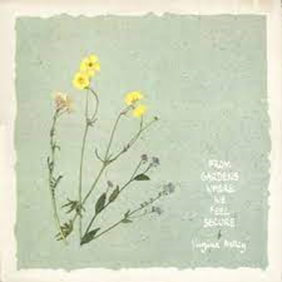 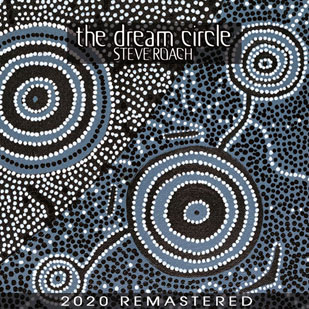 Finally, you may find inspiration from ‘The Dream Circle’ (1994) by American, Steve Roach. It is another album that is viewed by many aficionados as a remarkable musical construction – at once a thing of beauty, psychedelic enchantment, and even ‘living the dream’! Re-mastered in 2020: 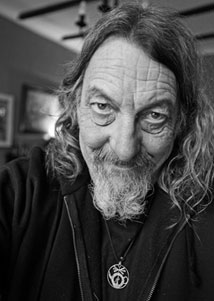 Tweet
Tweet
This entry was posted on 27 March, 2021 in homepage and tagged Alan Dearling, Ambient Well-being. Bookmark the permalink.