Once More Around The Fair 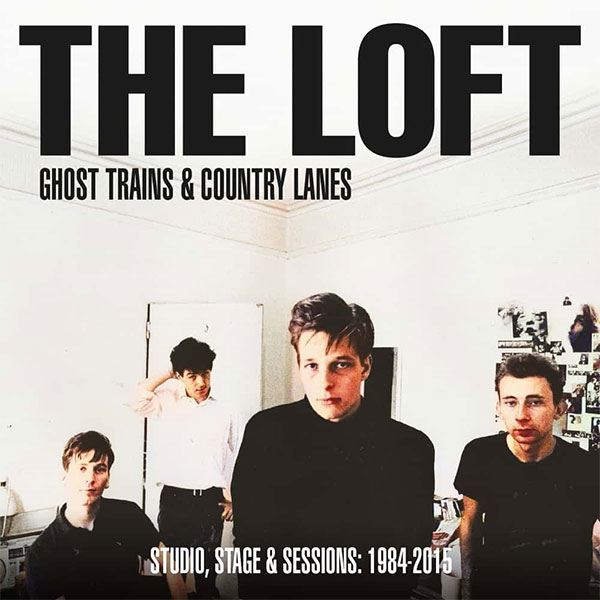 We have all, I am sure, been overloading on television and films in this past year. For someone who would not normally bother with such things it has been a pleasant enough diversion, although I admit that one of my biggest thrills in doing so has been hearing fragments of song in unexpected contexts. There is something appealing in hearing a sound from one’s youth embedded in a new context, the more so when it may be something one knows largely flew under the radar at the time of its original release. Recently I had a shiver of a thrill on hearing the voices of Louise and Deirdre Rutkowski flowing luxuriously from the TV whilst Adam Curtis explained the complexities of conspiracy theorists and the interconnected politics of the individual in China, Russia, USA and UK. The sisters were singing a Gene Clark number, from when they had cropped up as part of the This Mortal Coil collective in 1991, but the sound of their voices took me back, further back still to the summer of 1983 when I stumbled on a demo of their take on ‘Be Thankful For What You’ve Got’ on late night local West of Scotland radio. My taped copy of that kept me entranced for years, and just hearing their voices still transports me in a Proustian rush to a place suffused with the smell of French cigarettes and the sight of a lurid postcard sunset over Douglas harbour.

The real ‘WTF’ moment (if we can lapse into the common vernacular of The Younger Generations for a moment) however came from hearing the sounds of The Loft in the midst of the marvellously enjoyable ‘Red Oaks’.  For the uninitiated, ‘Red Oaks’ was a US show made in 2014-16 that mined the typical tropes of class divisions and teenage obsessions in American culture. Set in the 1980s, each episode comes across like a miniature John Phillips movie. It contains a ton of referential moments and a soundtrack that, in true Phillips style, blends the mainstream with contemporaneous ‘indie hits’.  Even amongst other contemporaneous ‘Indie’ tunes in the show though (step forward the ubiquitous placements for  Cocteau Twins, Bunnymen and New Order), the inclusion of The Loft’s ‘Up The Hill and Down The Slope’ was, like that of the Woodentops’ sublime ‘Give It Time” and the brittle beauty of The Clean’s  ‘Anything Could Happen’, deliciously unexpected and yet so utterly right.  For the tensions, desires and frustrations of youth certainly sparked through the sound of The Loft in those halcyon early 80s years of misery and neglect.

In these times of social (virtual) inter-connectedness and echo chamber comfort it is often easy to forget just how isolationist it felt to be listening to groups like The Loft in the 1980s, particularly if one happened to live outside the boundaries of the cities. Letters and fanzines may have been (literally) lifelines, but one really did feel part of a tortured minority. Which was, naturally, part of the appeal. The early years of Creation records and the groups whose records bore that logo of the toppling building blocks were a significant ingredient. Jasmine Minks, Primal Scream, Pastels, Jesus and Mary Chain, Bodines, The Loft and The Legend! To paraphrase the Crapachino kid’s’ sleeve notes from the ‘Alive In The Living Room’ LP: All different, all brilliant.

If all those early Creation groups blended melody and noise to varying degrees, then The Loft certainly were ones who tilted more towards a catchy pop song in that balancing act. Danny Kelly’s terrific sleeve notes for this release astutely note that if songwriter Pete Astor had ‘been a Californian baby-boomer, he’d have ended up in the Capitol Records building in Los Angeles, laying down late-night grooves with the Wrecking Crew for a largely-neglected, slightly gloomy, pop album that’d now be worth a fortune.’

As it turns out, after The Loft infamously imploded mid-song in June of 1985 (one month after topping the Indie singles chart) Astor actually tottered on the edge of Indierock stardom with his Weather Prophets before settling into assured singer/songwriter semi-obscurity whilst lecturing in poetry. More recently he’s turned in a trilogy of lathe cut singles, each featuring terrific spoken word pieces backed with typically edgy home-recorded music. It all harks back in tangential fashion to the likes of Richard Hell and the New York Underground of the ’70s, coming full circle perhaps, for one of the highlights of The Loft’s incendiary first bloom was how they took Hell’s exquisite ‘Time’ and somehow made something that paid virtuous homage yet effortlessly took ownership and elevated it to another place entirely.

The early recordings of the Loft collected on Ghost Trains and Country Lanes, including that peerless cover of ‘Time’, are the sounds of musicians and writers caught at the point between past and future; the pregnant pause at a point where the unbridled blind enthusiasm of youth is giving way to the marginally more measured craft of young adulthood. It’s captured magnificently on the brittle recordings for that fledgling Creation label (the whirlpool cacophony of ‘Winter’ still makes me weak at the knees) and it’s set in the cloudy amber of the live set recorded in June of 1984 at the legendary Living Room club. In contrast, the later recordings by the reformed group (five songs recorded in 2005 and four for a 2015 BBC Radio 6 session) are, as one might expect, assured and matured. They are the sound of differences reconciled, of players finding comfort in recognising the values of their shared past rather than conflicts long-since faded and weathered to dust. It’s a pleasure, then, to hear a more distinctly Country inflection to familiar numbers like the always gorgeous ‘Why Does The Rain’ (drummer Dave Morgan of course went on to join The Rockingbirds after The Loft and Weather Prophets) and the new (to me) ‘Can’t Keep My Mind Off You’.

I understand there is now a film about Creation boss Alan MgGee. I don’t expect it will feature The Loft. I imagine instead it will reinforce the notion that Primal Scream never existed in a form featuring a masked tambourine player and will tell us how McGee discovered a band called Oasis playing support in a bar in Glasgow and signed them on the spot. I imagine there will be a lot of reference to The Drugs. All of which is fair enough. It’s the way we all mediate our narratives, and if we have learned anything in recent times it is that truth and facts are subjective, and reality the construct of our context and perception. Regardless, this film is not something I will be watching, no matter how much longer lockdown may last. These two discs of Loft recordings, on the other hand, are ones I feel sure I will revisit often and with pleasure. Once more around the fair, indeed.

Tweet
Tweet
This entry was posted on 27 March, 2021 in homepage and tagged Alistair Fitchett, Alistair Fitchett on Ghost Trains & Country Lanes: Studio, Stage & Sessions (1984-2005) by The Loft. Bookmark the permalink.